A manifesto for change

A manifesto for change 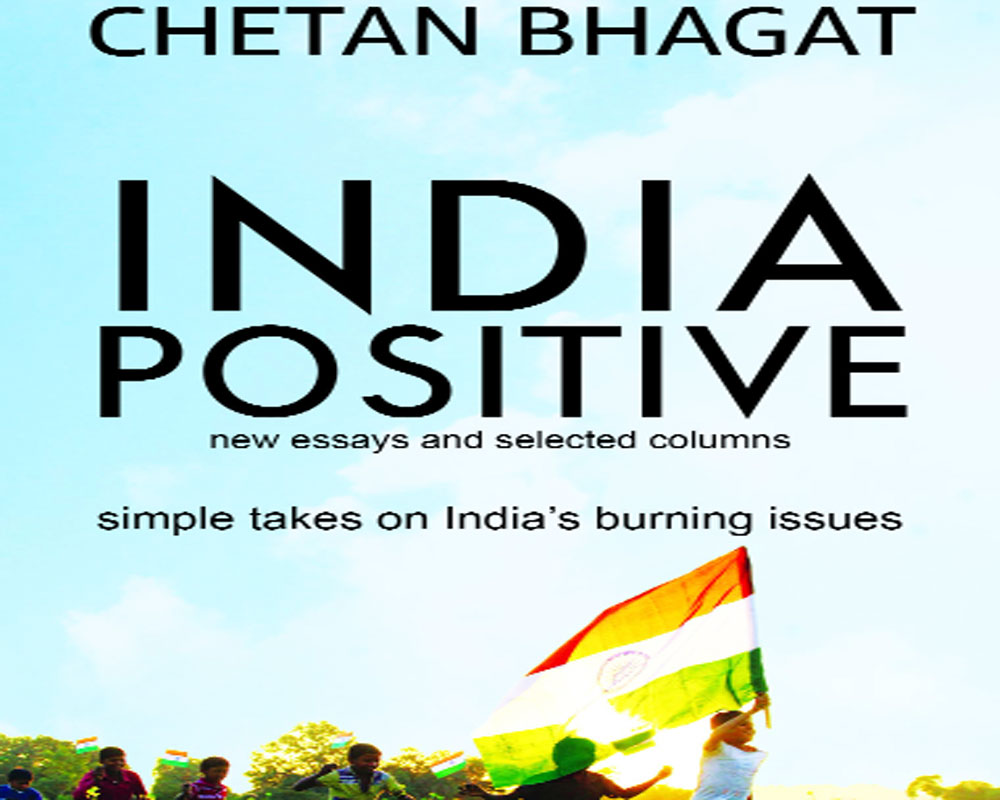 In India Positive, CHETAN BHAGAT reflects on what we can do right to move forward and become a truly modern and progressive country. He believes that if we want to see reform, we — as citizens — need to be the solution. An excerpt:

For India to truly change, there needs to be a change in our society and culture. The internet is playing a big part in it. The rise of internet penetration also means that things are now more equal, since people who didn’t have a voice before now do. ‘The Great Opinion Wars’ talks about how social media has allowed aspirational Indians to voice their opinions on topics that have always been the domain of the privileged class.

However, social media has also birthed a strange new phenomenon in India — the bhakts, and there is advice for both the bhakts and those at the receiving end of their abuse in ‘Anatomy of an Internet Troll’. Another phenomenon that social media has caused is ‘virtue signallers’ — those people who have to show that they are so virtuous, so noble and so good that they sense communal intolerance in a statement even when others don’t. ‘Look, I’m so Secular!’: The Rise of Virtue Signallers on Social Media’ talks about this and how it distorts national public debate on a range of important issues.

But do these phenomena indicate that India is getting more intolerant? There are endless debates about this, but I think that we are a mixed society, tolerant and intolerant at the same time, as explained in ‘Fifty Shades of Intolerance’. I don’t believe that intolerance has anything to do with the request from Hindus that a temple be built in Ayodhya, and ‘Why We Need a Ram Temple in Ayodhya’ talks about why restoring the temple on its original site and building an even grander mosque nearby will be a great act of religious cooperation.

A crucial aspect of what makes India the country it is, is the fact that we are a democracy, and any attempt to undermine that is dangerous. The essay on blind bhakts talks about how unquestioning support of a leader, rather than the country, can actually harm that leader. The essay on the Supreme Court’s order regarding the playing of the National Anthem before a movie screening (‘Anthem Order: The Intention’s Good but Imposition Isn’t’) argues that authoritarianism can never create patriotism. The Government ban on pornography is a similar curtailment of basic freedoms, as explained in ‘Hypocritical and Impractical: With the Porn Ban, the Government Has Flaunted Its Control Freak Instincts’. I think that the key to becoming an awesome nation is to defend individual liberties. Related to this is the need to stop mixing religion and law, and ‘Too Many Holy Cows’ talks about how it is time to discuss what it means to be a secular republic, and revise the Constitution to reflect it.

Social change means that we need to look at the infrastructures in our cities, and the essay on Mumbai rains talks about this and what needs to be done so that the country’s financial capital does not come to a grinding halt every monsoon. This overriding indifference that seems to inflict Indians is also reflected in our views on corruption, and our don’t-care attitude to corruption is addressed in the essay on the 2G ‘non-scam’.

It’s important for one to be proud of the country we live in, and ‘Will You Spend Rs 80 to See India Win a Dozen Olympic Golds?’ suggests ways that we can improve our gold medal tally at the Olympics at the micro and macro level. Finally, ‘Creaming the People’ suggests a move from caste-based reservations to economic-based ones in order to create a truly fair society.

If you are a true nationalist, put the nation before individuals, even if that individual happens to be your favourite leader.

I recently conducted a Twitter poll to test the hypothesis that Narendra Modi enjoys an insane amount of support among his fans. The poll asked this question: If Modi wanted to declare a national emergency to eliminate corruption, would you support it? Out of nearly 10,000 participants, 57 per cent said they would support such a decision.

The usual Twitter poll disclaimers apply: It’s a highly skewed sample, polls aren’t scientific, etc. Also, the poll does not indicate my own views in any way, nor does it claim that such a proposal is on the Government’s anvil. However, the results do give us a sense of what some of Modi’s hardcore fans (the bhakts) feel. It is worth noting that the participants were almost all young, educated, digitally savvy people who understand English. Yes, a significant number of progressive young Indians are apparently happy to give up democracy, and vote themselves voteless.

Stunned? Well, I admit that the question was a tad unfair. After all, there is nothing in the air that suggests an emergency is in the offing. Nor does one need to make such harsh choices in order to proclaim their support, or lack of it, for a leader. Still, the numbers do show (a)the enormous popularity of Modi in his core fan base and/or (b)a possible ignorance of what a national emergency and giving up democracy could mean. They also indicate a huge lack of confidence in the current political system and the kind of leaders it generates.

The reason for Modi’s appeal is obvious. After all, he is a leader who has created some hope. He speaks a language that connects us. Modi takes steps — big, bold ones — to fix India. Whether or not they solve problems is a separate story. Making the effort and having good intentions counts for a lot. Demonetisation is a case in point. Many experts have questioned the benefits of the move. They diligently quote numbers and facts to show that the actual advantages of demonetisation could be marginal. Of course, these are wasted efforts. All this economic mumbo-jumbo is irrelevant to the Modi fan. If fans are ready to support an emergency in their leader’s name, do you really think they give a damn about falling GDP or actual data about black money being back in circulation?

No, we are talking about love here. Love doesn’t, and is not meant to, see reason. And speaking of demonetisation, the experts, though not wrong, miss a key point. A huge intangible benefit of the note ban has been its unifying effect on an otherwise divided country. Imagine a bickering joint family.