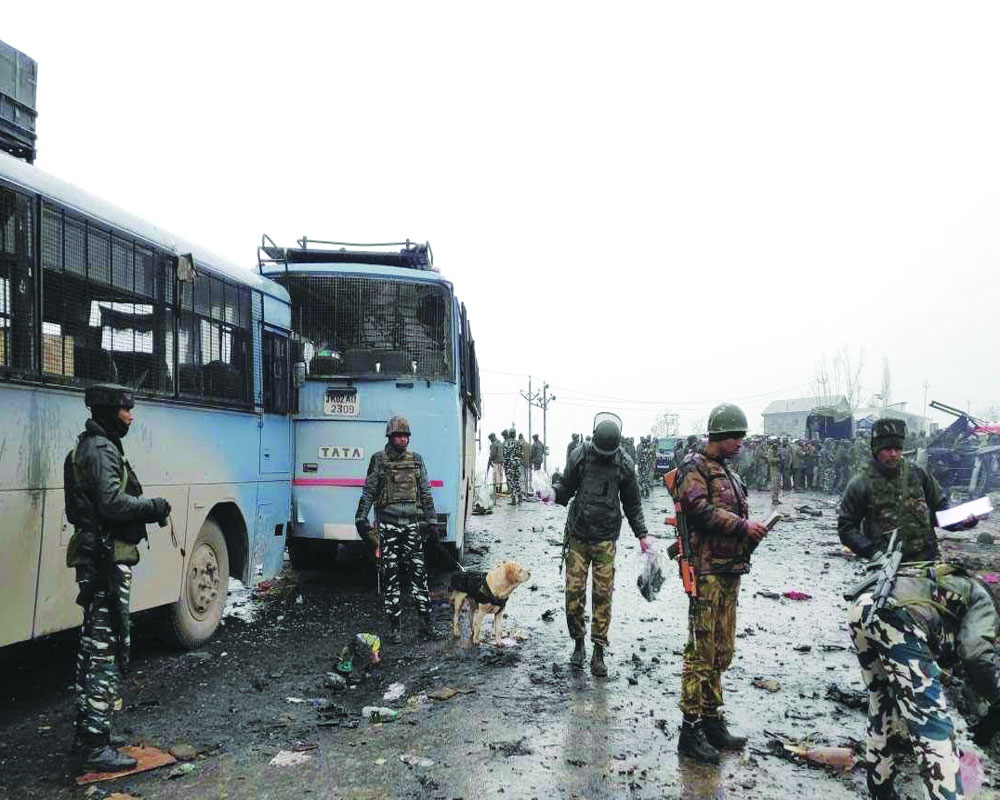 The United States of America is a liberal nation par excellence and with the Trump regime, there has been an awesome impetus given to the Global War on Terror (GWOT). It was then President George Bush, who initiated the now extant terminology with the flock of the neo-conservatives, and the PNAC (Project on New America) GWOT group.

In academia, there are twin terminologies which hold much water in the context of both the global terror and the South Asian and West Asian visage of cross-border terrorism. The formulation comprises the idea of the suppressor state which aids, abet and imposes terror modules on a recipient suppressed state. Another facet includes the canny nomenclature of super terrorism which includes a deft utilisation of the nodes and internodes of the suppressed state. This terror methodology refers to the idiom that nodes can be construed as the urban centres, shopping malls along with the energy depots in any receptacle nation. On the other hand, the internodes are the vast swathes of highways, railways and air routes which connect these sequestered nodes of population and attendant infrastructure.

Thus, terrorists world over now utilise the state infrastructure to randomise the life and support systems of civilisational hubs and Defense facilities in India and South Asia, both being the staple targets of jehadi terrorism.

The manner in which the United States, the United Kingdom and France have ably sustained India’s impetus to enlist Jaish-e-Mohammad chief Maulana Masood Azhar as a global terrorist speaks volumes about the success of New Delhi’s counter-terror diplomacy with the recently constituted United Nations Security Council Resolution No. 1267 Committee at the United Nations. Thus, the long French leave of the terror mongers has been curtailed by the United Nations. Even peacenik nations have to absolve themselves of the globally infused guilt of being hard nosed with the terror mongers in their infested terrains and populations. The United States issued a much needed warning to Pakistan Prime Minister Imran Khan during the Pulwama incident which enervated Rawalpindi and Islamabad and secured blink quick release of Wing Commander Abhinandan in the throes of a dogfight.

There was a time in the early nineties that then US Assistant Secretary of State for South Asia Robin Raphael would ask India while visiting New Delhi about the imagined theme of human rights abuses by the Indian security forces in South Asia. Since the advent of the present world politics, the tide has turned the other way. Now, President Trump calls the Indo-US relationship as the most prized and special relationship and both the nations are moving towards full-fledged alliance. Specially in the context of counter-terror cooperation, both the nations have attempted a clearly delineated definition of terrorism and sought recourse to the United Nations mechanism.

The UN mechanism comprises aiding the less resourced and developing nations in technology and training in the war against terror. As an attendant fact, in the aftermath of the September 11 attacks, nations are required to submit an annual report to the UN Security Council in order to monitor the still evolving global mechanism of countering terror and its global machination. The recent decision in the heady portals of the UN Security Council to list Masood Azhar as a global terrorist is one of the initial mechanisms of the UN body aided by American support to ameliorate the concerns of New Delhi, especially in the aftermath of the Mumbai terror attacks and the recent outage on Uri and Pulwama, and the Indian response in Balakot in Pakistan.  The impunity with which terror leaders such as Hafiz Sayeed and Masood Azhar roam around Pakistan mobilising jehad against the imagined Indian excesses has already been commented upon by scholars and media alike. Pakistan’s deep state has always contested that its territory and resources are the hotbeds of terror training. But facts speak otherwise. The US has been pro-active with US Marines attacking terrorist hotbeds in the Af-Pak region with heavy bombs termed as MOAB, the mother of all bombs. The US has delayed the selling of weaponry to Pakistan on the charges of sponsoring terror and has always been following the diplomatic line of seeking and demanding qualified evidence from Islamabad that it has not aided the terror dragnet in the region and in India.

The American legislation COMCAST is another instance of placing unprecedented pressure on Islamabad to dismantle its terror infrastructure, primarily directed at India. Also, the US has initiated a move to invite India to play a more active role in the insurgency ridden Afghanistan and what is required is a heady response by the Indian interlocutors. Thus, countering terror in a manner reflects the American gumption and the Indian capacity to spread its arms to the region with New Delhi playing a global role in taking to task the terror machination directed against India, in the name of jehad for the State of Jammu & Kashmir.

Thus, the US also through its new immigration policy has outlawed illegal entry from nations such as Pakistan to its homeland, that is, American territory; it is more than a symbolic impetus and a fillip to the Indian stance on countering and targeting cross-border and other phoenix like ides of terrorism. There is a whole body of counter-terrorism jurisprudence which has been created by the UNSC.

The United Nations Sanctions Committee has declared, “The entry specified below includes ISIL(Da’esh) and Al Qaida Sanctions among the list of individuals and entities subject to the assets freeze, travel ban and arms embargo set out in paragraph 1 of Security Council resolution 2368 (2017), and adopted under Chapter VII of the Charter of the United Nations.” This is what the United Nations official web release declares in its May 1, 2019 release.

The United Nations Security Council Resolution no. 1267 passed in 2019 explains its concerns as, “Recalling the relevant international counter-terrorism conventions and in particular the obligations of parties to those conventions to extradite or prosecute terrorists, strongly condemning the continuing use of Afghan territory, especially areas controlled by the Taliban, for the sheltering and training of terrorists and planning of terrorist acts, and reaffirming its conviction that the suppression of international terrorism is essential for the maintenance of international peace and security.”

Thus, the feel of the UN charter reverberates throughout the nomenclature and the language of the UNSC Resolution No. 1267. Afghanistan might be the centre of the sanctions regime but the extended overarch of counter-terror mechanisms comprise the terror spectacle spreadeagling across the Indian and South Asian region. Early on, the United States sought irreversible action on the scourge of terror in South Asia and India. The US office of Foreign Assets control has included the name of a few terror financial facilitators which reflects the political will on the part of the US to initiate a doughty mode of combat against the global terror infrastructure. The argument that India is provoking a war by isolating Pakistan is a dysfunctional approach, which only reflects the sympathy and empathy for the ministrations of global terror and nothing more.