An insight into the Kashmir rhetoric

An insight into the Kashmir rhetoric 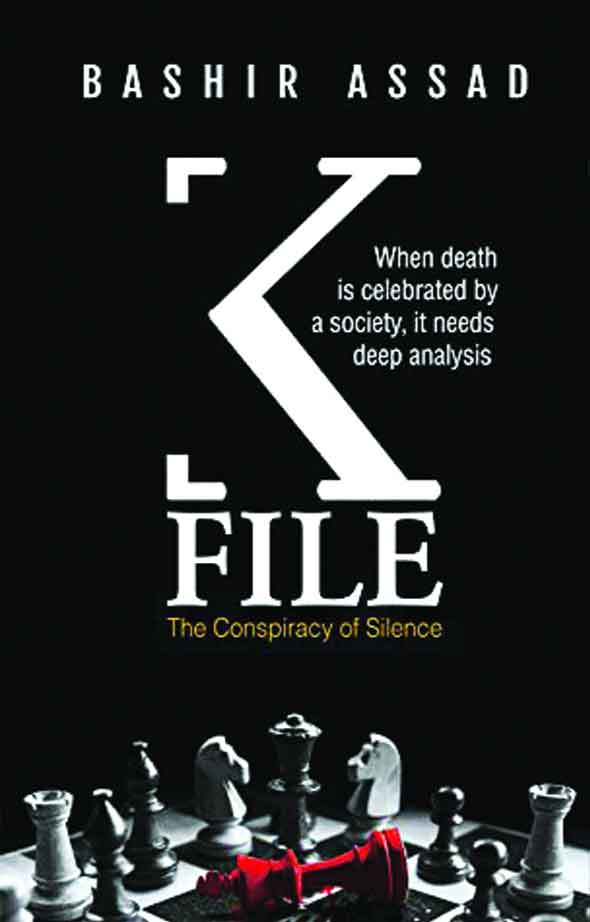 An account by a local Kashmiri Muslim based on his experiences, Bashir Assad’s book is a departure from the usual rhetoric parroted to legitimise and bolster the separatists, writes Prof K Warikoo

Bashir Assad’s book comes at an appropriate time, as it provides an insider and subaltern view of Kashmir. He has first hand experience of the developments in Kashmir for the past 30 years. In his own words, he has lived the ideology of Maududi Islam for three years, after he passed class X. He has been associated with PDP founder Mufti Mohammad Syed. And he has been following the events in Kashmir, as a journalist, columnist and social activist. He has addressed the issue of rising extremism in Kashmir and the role of mullahs, Jamat-e-Islami, local bureaucracy and politicians in riding the frenzy, for retaining their social and political relevance and for reaping economic benefits. The ‘conflict entrepreneurs’ in the media, political elite, self styled authors, specialists and commentators seek fame by writing whatever suits them,without having any understanding of the local language, culture, social psychology, historical-cultural characteristics of Kashmiris.

Bashir provides a local and eye-witness account of the phenomenon of religious extremism in Kashmir. He has aptly sub-titled the book “The Conspiracy of Silence”. He prefaces his book saying that “strategy, fear or conviction has bound all the stake holders — mainstream politicians, separatists, media, civilians, VIPs or commoner” in Kashmir not to speak the truth. The fact is that the discourse on Kashmir has been manipulated through the past 30 years by NGOs-foreign and foreign funded Indian ones, many academicians and media persons with a craze for foreign jaunts and easy money. Such falsehood, fake news, propaganda and media lust for TRPs and scoops has only added fuel to the fire. There has been insensitivity to the intricacies of the complex issue. That explains why Doordarshan continued to telecast the protest movements in the former Soviet Republics in late 1989 and early 1990, at a time when Kashmir was simmering.

Bashir is right in describing the current phase of Kashmir conflict as being about three Ms — Mosque, Mullah and Militant. The uneducated clerics have succeeded in injecting jihadism and hate India/hate Hindu ideology in the minds of the youth. What is worse is that the moderate, educated Kashmiris are the silent spectators to such a steep drift in Kashmiri society. The author is right in saying that the Mullahs are mainly Bukharis, Andrabis, Muftis, Geelanis, Naqshbandis, Hamdanis etc., who constitute just 3% of the Valley Muslim population, but occupy 35% of the government and private sector jobs. Here I would like to point out that these 3% are not indigenous Kashmiris, but are the descendants of the Central Asian Syeds who migrated to Kashmir in medieval times. They have all through history been more ambitious and power seekers using religion as a pedestal for their rise. They have always propagated political Islam. Another aspect of the situation is that many Kashmiri Muslim Imams (of Ahl-e-Itiqad beliefs) have since been replaced by fire-brand Imams from Deoband, UP, Bihar and other places in India.

Bashir explains how the Islamists have completely transformed Kashmir. That even the parents of dead militants show no sign of grief and instead celebrate their death as martyrdom, is indeed alarming situation. At some places, they have even put henna plate on the coffin, in the belief that the dead militant would apply henna in heaven while meeting the hurs. Bashir is right in saying that the current militant violence is not about independence or liberation, but is about jihad propagated by Wahabis, Jamat-e-Islami, Ahl-e-Hadis etc. The fence sitting Kashmiris provide ideological, theoretical and intellectual support to the jihadi violence, coupled with the support base among a section of Indian media, academia and politicians, is even more dangerous.

Traditional Sufi Islam and Sufi shrines have been described as un-Islamic. Arabisation of personal names, institutions, local language and culture has been going on for over four decades now. Wahabis, Tablighees and Jamaatis are competing in establishing mosques and madrassas. Kashmiri customs and rituals have been replaced by Arabic culture and mannerisms. Distortion of Kashmir history, culture and Islamisation of ancient place names has been done a massive scale. The concept of Islamic Caliphate and Nizam-e-Mustafa has taken deep roots. As Bashir has put it, “Radicalism in Kashmir has produced a mindset that can best be described as finding life in death”. After killing few hundred and hounding out the entire Kashmiri Pandit minority community of over 4,00,000 people, thousands of political workers, panchayat members etc. belonging to National Conference, Congress and other parties have been killed. Thousands of activists have been forced to give up their political activities.

It is ironical that the mullahs who take the lead in ideological war and hate campaign, do not send their children to join militancy. Bashir quotes from the findings of a survey conducted across Kashmir, that “not a single mullah or his children participated in protests, demonstration or stone-pelting”. They use the media to shout against the alleged Indian atrocities in Kashmir. Revenue, education, police and other departments of the State have been heavily penetrated by the Jamat-e-Islami activists. That the teachers of the Jamat-e-Islami organisation Falah-e-Am Trust were absorbed in the State education department, only explains the connivance and mindset of the local authorities. Retired bureaucrats,who thrived on corruption while in service, seek social legitimacy by taking refuge in the mosque and by spearheading the narrative of religious frenzy.

Bashir Assad has written about the role of Mufti Syed, with whom he was associated for some time. When Mufti Syed was PCC President, Jamat-e-Islami was given five seats in the March 1972 elections. Mufti nurtured Jamat and its Maududi Islam, as he wanted to erode the popularity of Sheikh Abdullah’s National Conference. Bashir has rightly stated that with Mufti’s tacit approval, some temples and Pandit properties were set ablaze in 1986 in Bijbehara, Anantnag, Shopian and Sopore. That Pran Nath, Advocate, also of Anantnag slapped Mufti on this issue, is news to me. Bashir is right in saying that “Mufti is the only common link between 1986 vandalisation and 1990 exodus of Kashmiri Pandits”. However, this critical juncture of Kashmir history, has been left by Bashir as a matter of further investigation. He has stated that Jagmohan assumed office of Governor on 19 January 1990 at Jammu. But then how come, all mosques across the Valley shouted slogans demanding Nizam-e-Mustafa and ouster of Kashmiri Pandits sans their women folk on the night of 19 January 1990. Again, who organised the house searches in Kashmir around the same time. The blame for KPs exodus has been often laid on Jagmohan, who is alleged to have provided amenities for the flight. But my personal experience and also of my kith and kin, who are now living in Jammu, is that we tried to stay put. My family left our village at Galwanpora on 14 May 1990, after our neighbours advised us to leave in the dead of night. Same is true of others,who could not even inform their brothers, sisters and neighbours about their flight. They used earliest opportunity to flee as soon as they found some transport. All the fleeing Kashmiri Pandits believed that they would return to their homes, soon after normalcy is restored. But it is now 30 years, that Kashmiri Pandits are still living in exile. One older generation has passed away in their endless and agonising wait for return to their homes. Meanwhile their houses, landed properties, business and educational institutions have been burnt, looted, occupied and usurped through distress sale and fraudulent mutations, notwithstanding the existence of the State law prohibiting the sale of migrant properties. Only time will tell, if and when this gruesome tragedy of this hapless minority will be redressed.

To conclude, the book by Bashir Assad is a refreshing and local Kashmiri Muslim account based on his personal experiences. It is a welcome departure from the usual rhetoric parroted to legitimise and bolster the separatists and extremists. All those interested in Kashmir affairs will do well to read this book.

The reviewer is a Senior Fellow, Nehru Memorial Museum and Library, New Delhi and editor, Himalayan and Central Asian Studies