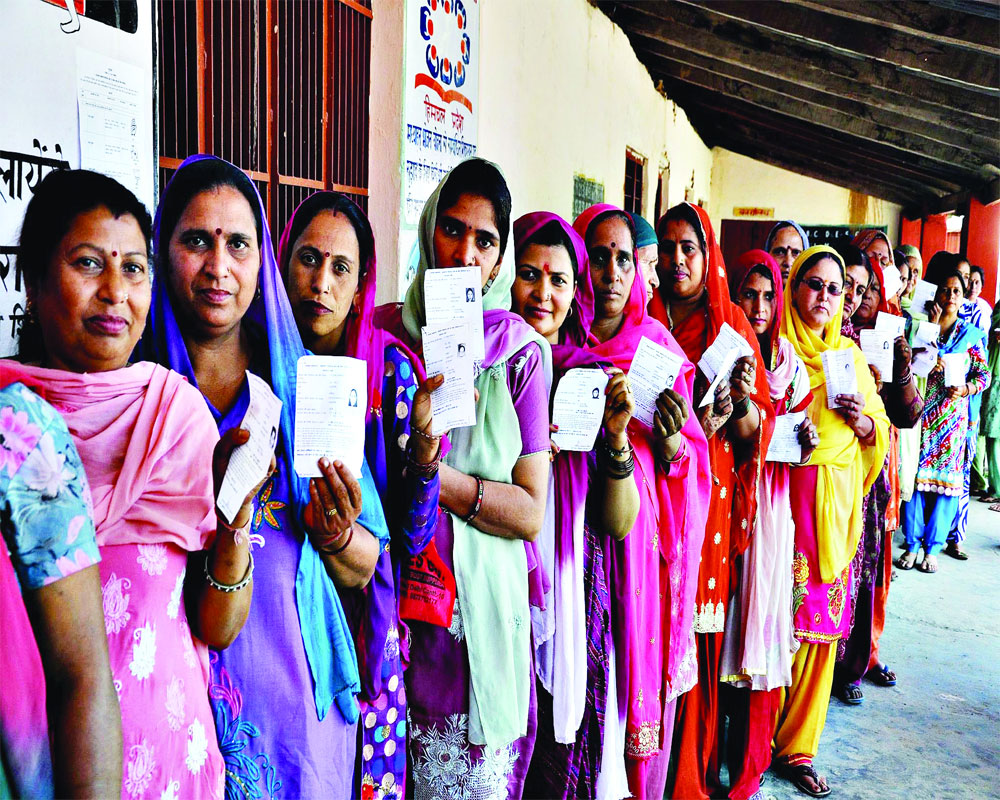 Jaishri Jethwaney and Dr Samir Kapur’s book looks at the theoretical underpinnings of the relationship between democracy, mass media, and election campaigning in India. An excerpt:

I understand democracy as something that gives the weak the same chance as the strong,” said Mahatma Gandhi. “Vox populi vox dei,” an oft-quoted axiom in democracies, was coined by the Greeks and conveyed that the voice of the people was indeed the voice of God. Democracy is the manifestation of people’s will to be governed by those they elect. It is a different matter that the very same people as voters may not necessarily be happy with the elected representatives they choose to govern them. Democracy, also, is not necessarily the voice of the majority. Many people do not vote, and those who do may not see their candidates win.

Society has a history spanning millions of years, and the media, especially the mass media, is a little over a century old. Yet it is ironical that the media, over the years, has accumulated immense power to influence society in more ways than one. The media’s power comes from its capacity to influence public opinion. Media critics believe that it is not a knowledge-based profession, but depends on events and happenings interpreted from both the supply side of information — through press releases, backgrounders, press conferences, events, etc — and the demand side of information, from the perspective of reporters who interpret events and information according to their understanding and mental capability. The media, therefore, can be seen as a social institution, which is not and cannot be very different from the nature of the society it exists in.

The relationship between the media and society is symbiotic. In fact, any debate on the mass media and society oscillates between two extremes, depending on who is saying it. Some swear by the media’s unbridled power, while others feel that the media does not affect lives at all. Whatever may be the cliché in these views, there is no gainsaying the fact that the media has become part of the everyday life of an average person, who makes sense of the world around him/her through media stimuli.

In this chapter, an effort has been made to provide a theoretical construct to the interrelation of democracy, the media and its impact on elections. The last century or so has seen the development of many theories and models around the subject, which have also been tested in many elections in the West, especially in the United States (US). Over the years, elections in other democracies, especially in the developing world, have copied campaign styles and media usage from their Western counterparts, again the US in particular. Critics have often called this the ‘Americanisation’ of elections. There may not have been many scholarly research studies on the Indian elections with a theoretical construct in the past, but the current crop of scholars — from not only India but also the West — has evinced great interest in the Indian elections, and one does find references in contemporary literature on the subject. The later chapters have cited a number of such studies. British communication theorist Denis McQuail ascribes four important attributes to the mass media that lend it significance.

A power source: The media is the primary means of transmission and source of information in society. The media is in the area of public affairs: Government organisations and the corporate sector, because of various regulations, are often in the media glare.

A definition of social reality: The media is a forum where the changing culture and values of society and groups are ‘constructed, stored and visibly expressed’.

A primary key to fame and celebrity status: First, it was people from the entertainment industry, then sportspersons, and now even corporate honchos, who have acquired celebrity status in the media. The power of the media, however, is not intrinsic but acquired. This power comes from the people, as consumers and audiences of news and various other programmes. The political institutions that are accountable to the people in a democracy through periodic elections obviously face the worst of a vocal and negative media, and that is what lends power to the media.

Harwood L Childs, author of An Introduction to Public Opinion, in his thesis on the subject, strongly advocates the preserving of public opinion, because many forces in his view seem to be at work, curtailing and undermining its role. These, according to Childs, include the tremendous growth in executive power, the growing complexity and speed of social change, the emergence of pressure groups and higher stakes among political parties, the mass media and other channels.

Representative bodies are becoming less representative, and elections, though they indicate the preferred candidates, often give only a slight indication of public attitude. A section of analysts feels that the decision of the voters is more often shaped by the mass media stimuli around election time. Excessive visibility of certain candidates in comparison to others, cunning campaigns by parties and the ‘public face’ as presented have the capability to swing public opinion in favour of or against a candidate, which may have nothing to do with the ‘real’ choice of the electorate, as it should have been. To what extent an average person depends on media messages or to what extent the media shapes our minds, attitudes and opinions is, however, a moot point.

There have been numerous debates leading to concern and anxiety about the increasing role and influence of the media, which, it is alleged, has changed the very fabric of politics. A fascinating, and at times intriguing, interplay of the mass media and politics has been the subject matter of much empirical research.

Politics as an institution has a long history. Many things have influenced politics over the years. Similarly, the media has undergone changes and entered various phases. Political institutions have taken centuries to be what they are today. The media as an institution has progressed in a much shorter period, as said earlier. Thanks to the ingenuity of the human mind, coupled with science and technology, the media has acquired such a formidable position and influence from being a watchdog that it questions institutions and practices that are as old as the human civilisation itself. While the news media has historically been viewed as aggressive and overenthusiastic for the latest and hottest information, its watchdog function in a democratic society posits that people know what their Governments and public-funded institutions are doing. The media has the power to hold the Government and public-funded institutions accountable, forcing them to explain actions and decisions, all of which affect the people they represent.

The assumption is that the press speaks for the people, thus the freedom of speech and freedom of the press Acts are widely prevalent in some democracies. The need for freedom of the media is to ensure that it articulates the voice of the people and their concerns by bringing them in the public domain. The argument supports that the news media must question the Government, thereby contributing in making democracy function. Therefore, it is important to understand that the freedom of speech and expression is in the interest of the public, and such legislation does not only protect the functions of the press, but also lets it function without fear or favour. Today, in the era of globalisation, this role has undergone a sea change. It is often alleged that the media today has become a commodity. There is also growing criticism against the media for projecting unabashed violence.

Excerpted with permission from When India Votes: The Dynamics of Successful Election Campaigning; Jaishri Jethwaney and Samir Kapur; Rupa; Rs 295