Astroturf | God helps those who help themselves

Astroturf | God helps those who help themselves 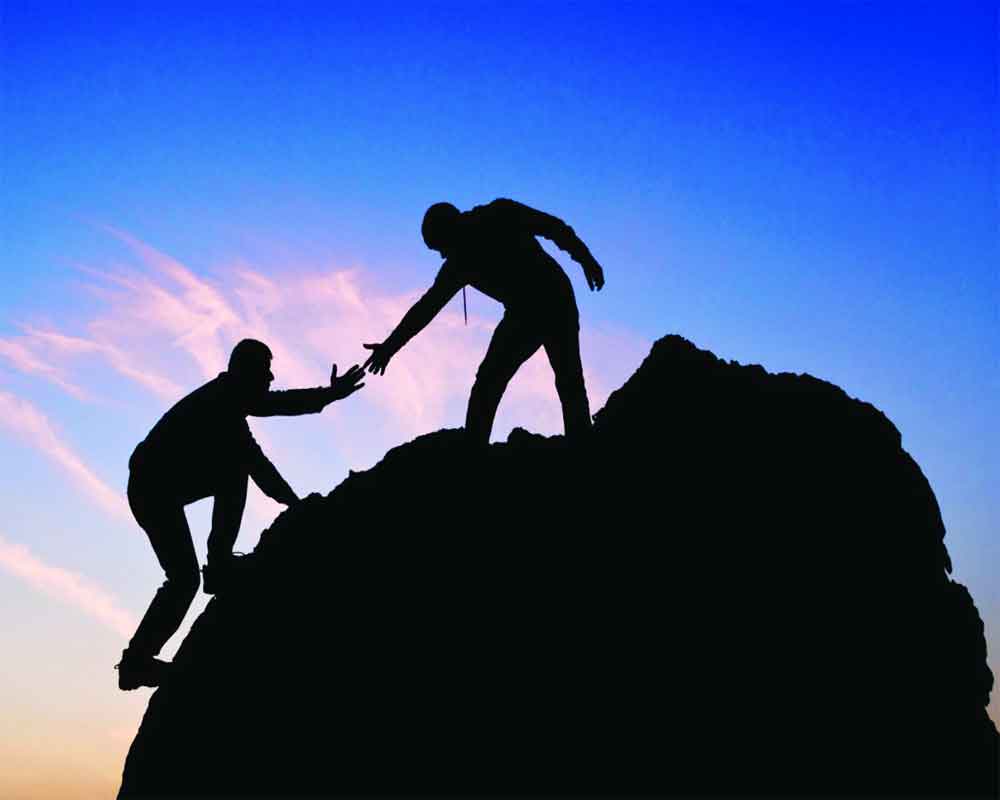 A regular reader of this column could not digest the observation made in the previous issue: “There is no scope for any extra-terrestrial body that would be adjudicating our Karma, and selectively granting boons in response to your prayers.” Baffled, he sought clarification: “Sir, the general perception is that we do our Karma, but the fruits of actions thereto — good or bad — are granted by God. The above statement seems to be mocking at the prevalent popular belief. Please enlighten.”

Bear in mind: Though God, through His divine powers, holds the key to all aspects of our dynamic existence, He doesn’t rule the world as a feudal lord holding all executive powers with Himself. A well-articulated system is in place, which has been running the world show in an auto-pilot mode. In the divine scheme of things, human beings are armed with the exclusive privilege of having the freedom to make choices. And if there is a choice option in hand, the probability of its use and misuse remains equal. It needs no elaboration that if you are armed with a privilege, owning up responsibility for all actions thereto becomes imperative. Accordingly, you become a beneficiary or victim of the choices made, and thereby your own Karma. This binds you into a cause-effect chain, which runs in succession, carrying the probability of stretching on even to the next life.

Be it known, all wilful actions on our part get imprinted in our memory store as thought-seeds, carrying the potential to play out as and when congenial ground is available. The character and content of the thought imprint defines the nature of experiences we become due for — pleasant or painful. This system continues to work in self-automated mode. It is important to note here that the choice option we enjoy, also empowers us to filter the undesirable using our discriminatory abilities and set right our course of actions. Should we fail to exercise this option, how can we ascribe our failings to God’s judgment? The paradox, however, is that if human beings succeed in their endeavour, they take credit for it. On the contrary, they won’t own up the responsibility in the event of failure. They rather prefer to shift the blame on divine writ. So, it is the escapist tendency of ignorant human minds that has unmindfully perpetuated the mistaken belief that fruits of actions are granted by the divine.

A case study in point is that of someone in his forties, who came asking recently: “Sir, tell me what is in store of my destiny that my career front has not stabilised as yet? I have forgotten count of how many times I lost my job during more than two decades of career span. Suggest some remedial measures.” “Look within and you will not only find the reasons underlying your ordeal, but also the corrective measures needed,” I answered. “I have not understood what you really mean. Please elaborate,” asked the man.

You need to reflect upon your personality traits, especially habit tendencies that have played a spoiler so far in your life. If you can’t do that, let me enlighten you on the basis of astrological pointers to your habit tendencies. You are born when Capricorn lagna was rising, having erratic Rahu there itself, which makes you self-centric, least bothered about other’s sensibilities and concerns. The Sun is locked in adverse formation with mischievous Neptune. That gets you stuck to self-delusional perceptions and beliefs, often distanced from ground realities, and not keen to even explore advisories and counsel of others. You may not acknowledge truth on its first appearance. You may rather continue to passionately pursue your line of thinking on hope against hope, till pushed to the wall. Added to that is mind signifying Moon occupying a fiery sign Aries. That makes you aggressive, impulsive, intolerant, impatient, and domineering. You carry the tendency to jump into action without applying proper forethought on instinctive judgment, which makes you vulnerable to become a victim of your own making. Mercury crossing path with Moon speaks of a scattered mind, carrying a worrying tendency, which makes you dissipate your energies just brooding and contemplating, not leaving enough to do justice to priority preferences. It also makes you high-strung, and resentful of others. All put together makes your interpersonal relationship skill questionable. If you can’t relate well to those around, how can you prove true to the callings of the organisations you may be working for? So, better address your fault lines to secure your future.