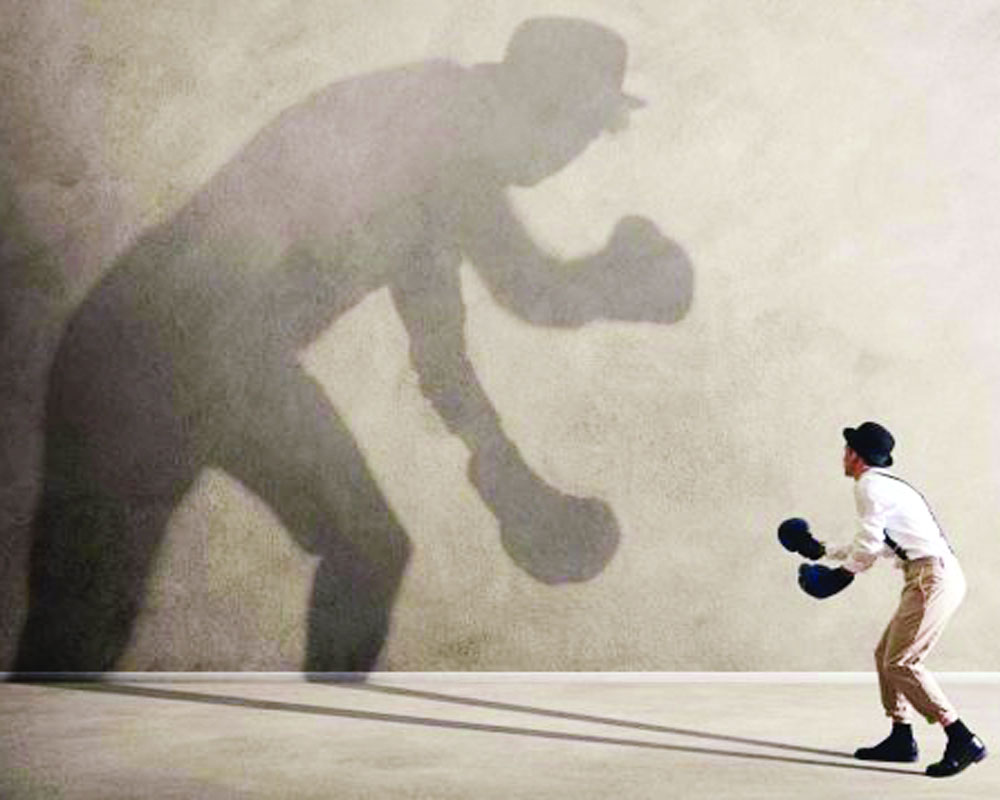 Picking up threads from the previous issue, it comes out that the young man had the tendency to conduct in ‘my way or the highway’ spirit. With the Sun placed adverse to Saturn, he carried a strong sense of insecurity. That made him habitually doubt elders’ intent. He was witness to his father being often roughed up by his grandfather. Those unpalatable memories impacted his mind and psyche badly, which brought in a sense of fear that he may have to go through similar experiences at the hands of his father. So, unmindfully, they often get into conflicting situations. Even more so because, caught up in his delusionary perception, coming as it may with the Sun opposite mischievous Neptune, he is not open to explore others’ point of view, no matter how sensible they be. Unless you look at a view point with an open mind, how would you weigh its worth? In fact, he can’t digest even experiential advisories, if that would be at variance with his own perception. That didn’t let him relate well with his parents.

The young man didn’t realise that the world doesn’t necessary move to one’s asking. Even to fulfil aspirational urges, one needs to work in a team spirit with those around. You can’t elicit their support without caring for their sensibilities and concerns. Unconditional parental patronage too would require due respect from the children, particularly when you are grown up. Remember, how you relate to the self and those around will define the quality of life you become due for.

The person didn’t open up during his first few meetings. Having heard about me from someone who benefited through my advice and counsel, he sought my guidance, but with a suspicious mind. He came looking for the prospects of a long-drawn legal dispute he was faced with. In fact, it was almost a lost case. After astrological reading, he was told that after two years, things may turn to his advantage when he may have negotiated settlement at his terms. As luck would have had it, unexpectedly, it so happened, which made him develop faith in me. Thereafter, he shared his concerns.

First, he was shown his mirror image — indwelling potential as well as inherent habit tendencies. He listened very carefully and therefore, the advisories got registered well in his mind, which selectively he could, as benevolent Jupiter extended its aspect on mind-signifying Moon. He was then counselled on how to improve his relationship. He was also given a meditation process to resolve and get over negative implications of unwanted thought-seeds parked in the inner realms of his mind. He followed the advice in right earnest and sincerely pursued the process suggested. Over a period of time, with little flip flops in between, he could mend fences with his parents. I don’t know whether his concern for securing parental legacy made it all the more important to follow the instructions in all seriousness, or that he really wished to improve himself, only time ahead may show.

Not much later, his habit tendencies were once again in full play at a place he could call shots in his own right. His egotistical control-freak nature literally made his associates crazy, leaving no scope for looking for a middle ground. He wanted things done at his own exclusive terms. He forgot that life can’t be conducted just in a demanding mode. Others’ concerns too need to be taken care of. The workforce, seeing no hope for improvement, lost interest and the work came to a grinding halt. In the process, the person’s huge sum of money got stuck, but then his habit tendencies made him do that. He, thus, became a victim of his own making. He is worried how to secure his investment.  After spoiling the whole game plan, he is now trying to work out ways and means to ensure recovery of his money, even partly, over a period of time. Not to justify the other side, the situation could have been handled better to the satisfaction of all. Together, they could have made the project a great success within no time, evidently to the benefit of all. To sum up, unless a person makes a wilful effort to correct oneself from the base level, habit tendencies may spring into action again and again. Remember, the effort is not intended to just checkmate fault lines; it may rather help coming out with your best. Following which, you may not have to face similar music ever.