Astroturf | Rein in monkey-mind for success

Astroturf | Rein in monkey-mind for success 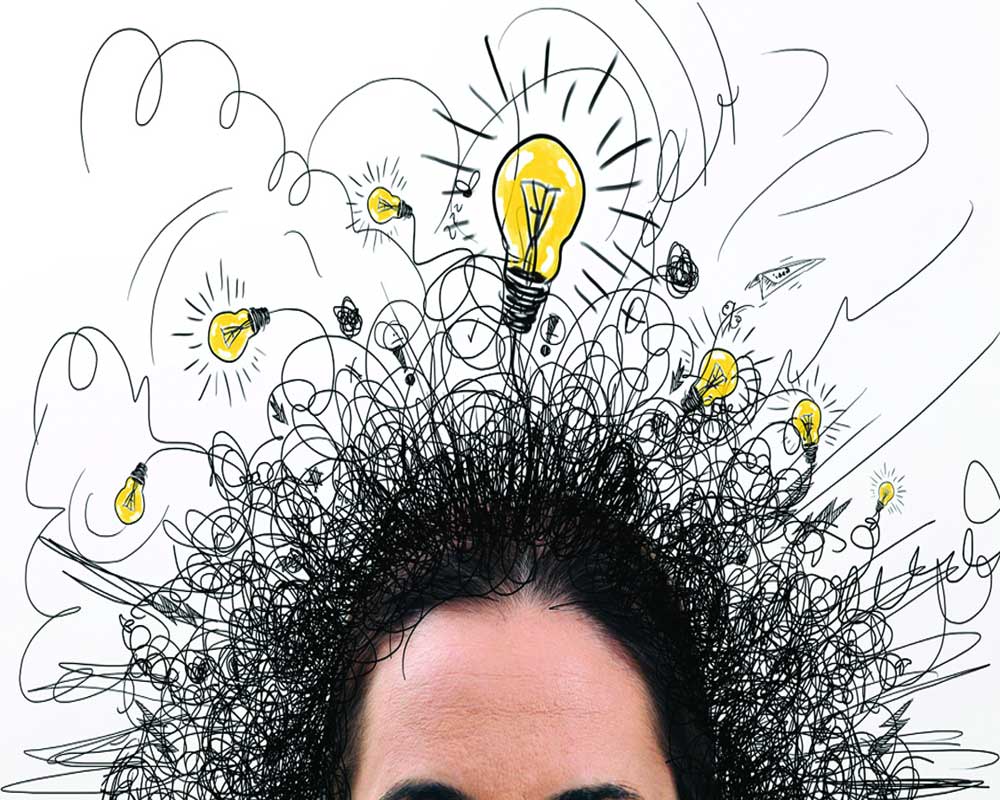 Invariably, human mind, unless otherwise consciously reined in, behaves like a wild monkey, that is randomly and unmindfully jumping from one branch of a tree to the other. Ever noticed children? Oblivious to implications, they keep shifting attention from one object to another in rapid succession, their curious minds keen to explore whatever be around. That is a part of the learning process. The impressions gathered during early childhood shape the mind and psyche of children, which keeps reflecting later in life. As the child grows, there is further addition to their memory bank as gradually the Karmic imprints (samskara) carried over from the past birth begin unfolding. That defines the unique character of a being — the desire trends, virtues and attributes, habits and attitudes, likes and dislikes, prejudices and obsessions. These vary from person-to-person according as one would have individually experienced life. The process doesn’t end here. As one further negotiates life in real terms, one is exposed to tempting influences of the living world and gains positive as well as negative experiences in life.

We, thus, carry a huge stockpile of impressions in our minds that keep playing from within, making us flirt with random thoughts — a majority being inconsequential and even negative. Supposedly, every being entertains nothing less than 60 to 70 thousand thoughts every day. Such a cluttered mind won’t allow time and mind-space necessary to objectively process fresh thoughts. In the process, mind often loses its sense of order and reason. Consequently, the thought process becomes so complex that even simple issues keep playing in the head and not arrive at a clear-headed solution. One then begins to move mindlessly. Our creative abilities get compromised. It would be interesting to note here that our mind is equipped to purify itself of all its vagaries too. Following which, one could put to use mind’s wholesome powers in a focused way over our priority preferences. The irony, however, is that ordinarily caught up in the usual grinds of life, we seldom care to nurture our own empowerment tool that is the mind, and with obvious consequences.

Here is the case of a professional in his early forties who left his job in a huff, minus an alternative option. Having had continuously tasted success, he had assumed that any other company, seeing his track record, would be willing to take him in immediately. But not been able to get a job befitting him for months together, he came asking: “How long would I have to wait for a job? It is now becoming difficult to pay my monthly bills. It has never happened with me in the past. Why so now?”

Well, if you move mindlessly in life, you would tend to invite problems. Had you explored the environmental condition beforehand, you would have realised that in a declining economy the job market was shrinking. “But sir, the work atmosphere was difficult to bear with.” He countered. “Do you think the world has to necessarily move to your asking? In a collective working, you need to intelligently engage with those around, amicably resolve differences, and keep marching ahead. Over a period of time, your mind has become so cluttered and complexed that you are not able to see simple truths writ large,” I pointed out. “Why now?” he pushed. “Earlier, you were bent upon proving yourself, so you were guided by your priority preferences and your habit tendencies went ignored. But having tasted success, you seem to have become complacent, and so your inherent tendencies have come into full play. It’s time now that you work upon your mind-traits so that you do not fall into similar trap again.” I replied.

Look at the astrological pointers to his habit tendencies. The lagna sign Sagittarius makes him tactless and undiplomatic. Moon being well aligned to Uranus makes him talented. But Moon being 8th lord makes him habitually suspicious of everybody. Both the luminaries the Sun and Moon, locked in adverse formation to Mars and Venus, make him temperamental, impulsive, irritable, rash, moody, and emotionally volatile. Being very touchy, he gets worked up even on trivial issues, over which he keeps unnecessarily mulling for long, thus momentarily losing his sense of reason. The Sun placed adverse to Uranus makes him erratic. Saturn conjunct Mercury makes him skeptical. And the result is there to see.