Astroturf | Shiva is all about inclusiveness

Astroturf | Shiva is all about inclusiveness 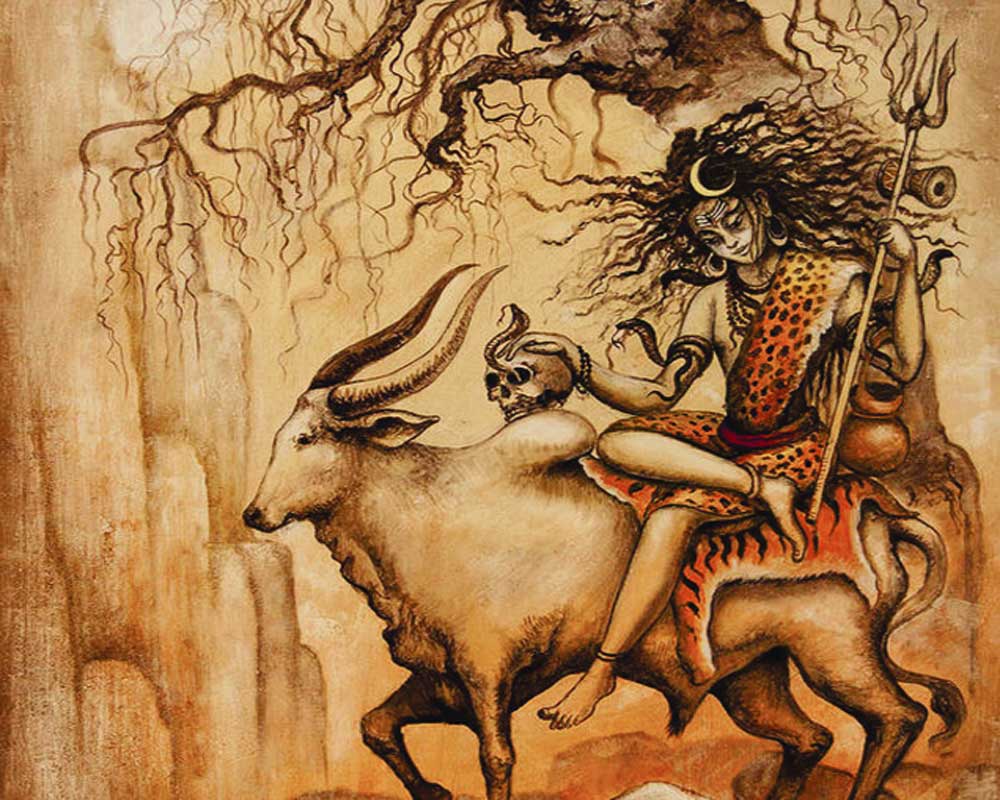 Picking up threads from the previous issue, let us now see how Lord Shiva, engages with multitude of existences forming his entourage, each unique and at variance with others. He, despite evolutionary barrier of incommunicability amongst them, remains in accord with all of them at the same time. Overlooking their individualistic vagaries, he engages with all of them on even terms. It’s not that he is unaware of their individual limitations. He rather purposely ignores them, as would his half-open and half-closed eyes imply. For, he knows that all creatures, by themselves, are imperfect, and incapable of meeting even the existential needs by themselves. But all put together, complement and supplement each other to make a self-sufficient world. If each one of them is bound by individual limitations, simultaneously they are also armed with such virtues, as would be necessary to nourish and sustain the collective existence.

Lord Shiva is aware that every existence in this world is there to serve a designated purpose, vital to sustenance of the living world. Take the case of a trivial looking termite, which otherwise spoils wood, paper, and if left unattended even crops. But then, the termite dig holes deep inside the soil structure to facilitate the entry of oxygen and activate creative potential of the earth mass. In the process, the termite eats earth mass, and to digest it, its body releases necessary enzymes. It consumes a small part needed for its own sustenance, and excretes the rest, and that being rich in enzyme, further adds to the fertility of the soil. But the termite has to meet its end before the crop comes up, but not before serving the cause of larger existence. Similarly, bacteria in a drain or a sewer pit treats the night soil, but for which, life will become inhabitable. In fact, all the creatures form a food chain, which together sustain the existential order, made out in a way that doesn’t allow them to grow beyond due and maintain biodiversity balance.

Lord Shiva, in order to get the best out of one and all and facilitate smooth run of the worldly order, purposely ignores their individual limitations. It doesn’t, however, come about easy. He has to absorb their negativity as his poison-fed blue neck would imply. He does that in the larger interest of the existential order, but for which life will become unbearable. Individually also, nothing comes about easy in life as no movement takes place without being met with resistance. Should we get stuck up in the hang of all the negatives experiences that we encounter, we would not be able to put in our whole towards our priority preferences.

Serving as provider, Lord Shiva nourishes the living order with all his resources in hand — the cosmic energy drawn through lunar crescent, water stream of river Ganges. Remember, we plunder the earth in a bid to secure our survival. The earth on its part, however, bears with it kindly, and still keeps supporting us with all provisions — the food it produces or water bodies it holds in its womb, vital to our existence. We, knowingly or inadvertently, vitiate even the atmosphere, which could disturb ecological balance, evidently detrimental to our healthy existence. Nature, however, on its part has been kind enough to make provisions for absorbing them all, but for which our very existence would be at stake.

The message that emerges loud and clear is that the living world happens to be a unified organism, premised on the concept of “Unity in diversity”. Accordingly, a harmonious coexistence of all is called for. In this scheme of things, multitude of species and objects in existence are to discharge their assigned roles towards essential sustenance and smooth run of the living order. The interdependence of their existence needs to be underlined here. For, it is their efforts in togetherness that could take care of the existential needs of the living order. Lord Shiva, therefore, wishes to hold them together to ensure smooth run of the worldly order, as his mount, the bull keeps moving unprovoked at an even pace.

This existential truth needs to be drilled in every human mind. Mere academic awareness would not suffice. It is through continued self-reflection that the sense of all-inclusiveness may get absorbed in the inner realms of mind, before it reflects in our day-to-day conduct. Hence, a month-long exercise to become Shiva like in our approach to life.