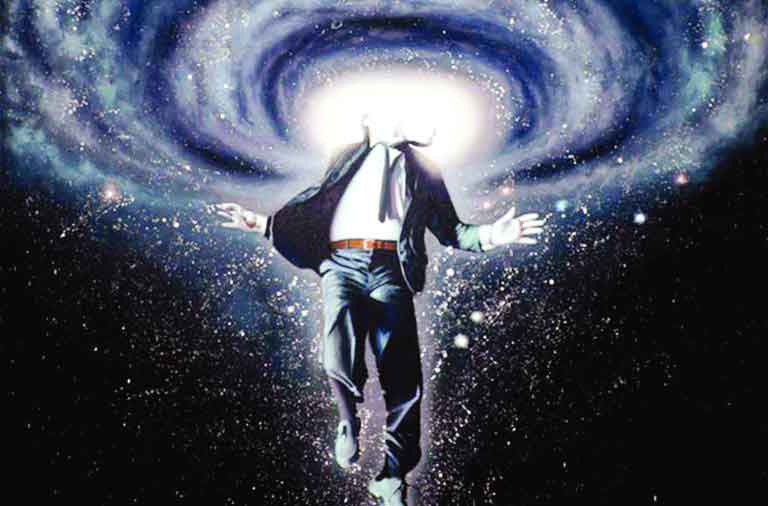 Through meditation, personal transformation, and universal love, human beings can connect with their own soul, writes Sant Rajinder Singh

The world we see before us is vastly altered from the world of yesterday. Far more dramatic than the changes brought about by technology are the changes in our perception of the world. Science has broadened our vision to extend from the minutest subatomic particles to the brilliant light radiating from distant quasars. The universe is no longer perceived as solid matter, but dancing packets of ever-whirling energy. Our worldview has shifted from believing in only what one can perceive with the five senses to recognising that there is more than what we see with our physical eyes.

Besides exploring outer space, scientists have begun researching the realm of inner space. We find medical doctors reporting cases of people who had near-death experiences in which they underwent clinical death yet were revived. Dr Raymond Moody’s book, Life After Life, documents cases in which people who underwent the near-death experience reported similar experiences. In the interim period while they were declared dead many reported leaving the body and finding themselves floating in the room, looking down at their physical body. They could float through the hospital, oftentimes seeing their relatives in the other room and listening to their conversations. A remarkable number of people experienced soaring through a tunnel to a region of Light where they met a benign, radiant being. They experienced transcendent peace and happiness which they found difficult to leave. Even children whose lives were restored following clinical death described this same experience.The number of people who underwent these near-death experiences is so large and the descriptions so strikingly similar that doctors and scientists find it difficult to ignore the possibility that there is more to who we are than our physical body. All who have undergone such an experience came to the same conclusion: There is life beyond our present life.

These findings are corroborated with the experiences of mystics throughout the ages. What seems new to the Western mind has been widely accepted knowledge for centuries in the East. In each religion we find accounts of similar experiences in which one's consciousness can be separated from the physical body. We find extraordinary descriptions of higher states of consciousness in different religions. In Hinduism, we find the ancient story of Savitri, whose husband was taken from her by death. Savitri is said to have left the body, apprehending the angel of death and imploring him to return her husband to life. Such was the power of her love that her husband was revived. In Buddhism, we have the Tibetan Book of the Dead that describes in detail the journey of the soul as it departs from this world. Islam describes in detail regions of heaven, hell, and ahraf (purgatory) to which a soul passes after this physical existence is over. In Christianity we have the Book of Revelations, rich in description of realms beyond this world. In the Kabbalah of Judaism, a cosmogony of higher planes is described. A deeper study into the heart of each religion reveals a wealth of mystical experiences described by the saints and spiritual adepts. Each in its own time has taught disciples how to transcend physical consciousness and explore spiritual realms.

What is spiritual consciousness? It is becoming conscious of the soul and God within us. Most of us are aware of our body, of the thoughts passing through our mind, and of the world around us. This is called body or physical consciousness. But we are more than our body and mind.

We are actually a soul, a conscious entity which inhabits the body. The soul is a part of the Oversoul, whether we call it God, the Creator, Allah, Wah-i-Guru, or Parmatma. It is of the same essence as God. The soul is what enlivens the body. When the soul leaves the body at the time of death, the body dies. But the soul does not die. It is immortal. Just as people who clinically died experienced a continued existence outside their body, so will each of us continue to exist even after the demise of our mortal frame. This consciousness at the level of soul, independent of our body and mind, is what is termed spiritual consciousness.

We do not have to wait until our physical end to know what it is like perceiving life at the level of soul. It is an experience many have enjoyed during their lifetimes and is available to every human being. We have read in the scriptures of various religions about people who had experienced spiritual consciousness. Buddha attained enlightenment under the bodhi tree. St Paul said, “I live; not now I, but Christ lives in me.” Bahá'u'lláh, the mystic saint of Persia, said, “O Son of dust, hearken unto the mystic voice calling from the realm of the Invisible ... up from thy prison, ascend unto the glorious meadows above and from thy mortal cage wing thy flight unto the paradise of the Placeless.”

These inner experiences are not limited to peoples of antiquity. The first step to spiritual consciousness is learning the art of meditation. The next step is to achieve personal transformation. Finally, inner peace and personal transformation lead to outer peace in the world. By attaining inner peace, we can make a positive contribution to human unity, universal love, and the improvement of all life on this planet.