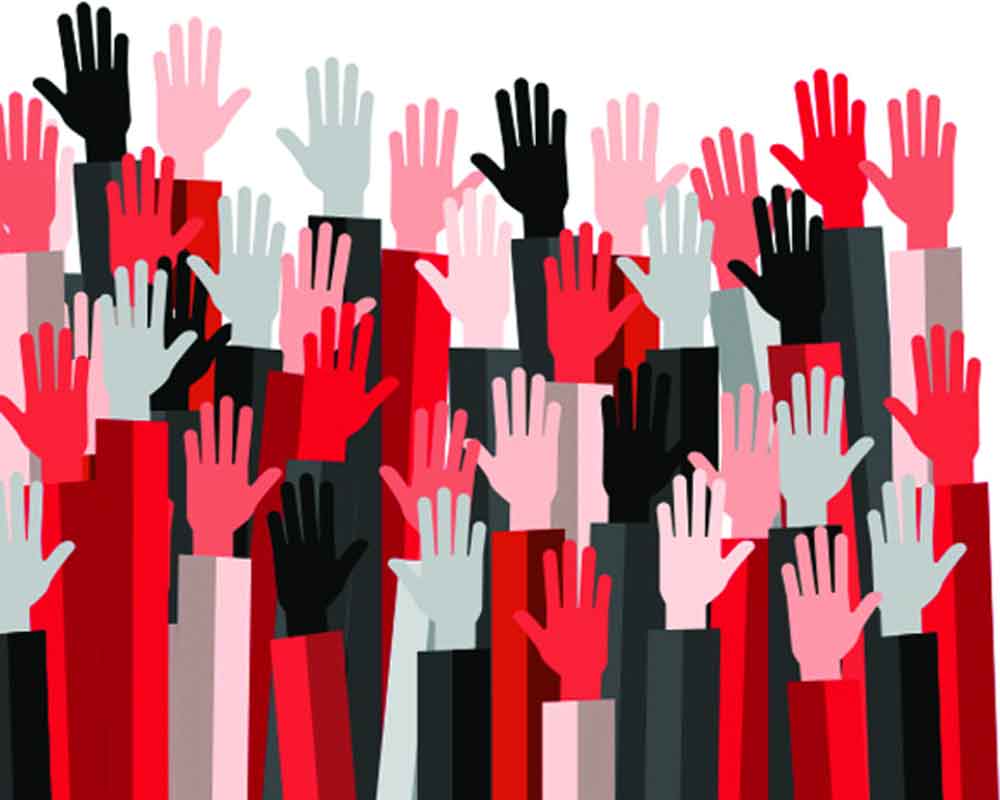 But, few handle attention well. One should always be careful about who is he or she getting attention from, says AJIT KUMAR BISHNOI

It is no wonder that attention is highly sought. Some people go to ridiculous extent to get attention. In earlier times, kings used to keep certain persons just to sing their praises. Their arrival, etc. were announced with great fanfare. Even now some people surround themselves with sycophants. It costs them money but they feel that it is money well spent.

We get attention due to our karmas, both good and bad. This article is about how to get attention the right way. It is not about the attention a head of a terrorist group gets. Even the good karma are of two types — One is due to what we have done in our past lives; And the other is due to what we are doing in the present one. Some persons have both. A classical example is that of Lata Mangeshkar. Her father was an accomplished musician. He trained her from her childhood as he also trained his other two daughters — Asha and Usha. Lata was the serious one; she practised and practised. She had decided to dedicate her life to a career in singing. She didn’t even marry. What is the result? She is venerated as a queen of singing. She has sung all kinds of songs in many languages.

A contrasting example is that of a woman, who was born in a poor family. She had some talent for singing, which many have. However, she used her ability to sing on a railway platform close to her place of stay. People gave her something to eat and some money like they give to a beggar. This continued for many years till a kind soul made a video of her and posted it on a social networking site. Soon she was noticed and invited to a popular reality show, where she was offered a chance to sing for a famous music director; all the years of singing had honed her skill.

Many people are born lucky due to their excellent karma in their past life/lives. This entitles them to excellent birth in nice families, good looks, sharp intelligence, etc. But not everyone makes good use of them as Lata Mangeshkar did. For example, someone is born as a prince, heir to a throne of a large kingdom. He has two choices. One, he can pay attention to his studies and training to be an able king or he can choose to become a despot. The choice is his. He will get attention both ways. A classical example of gaining worldwide attention is the New Zealand’s prime minister. Immediately after a mosque mass hate shooting, she got very strict gun control laws passed. People took notice and cite her example for taking similar measures in other countries as well.

Prarabdha or acts of the past life/lives determine at what level one will be placed in this life. A royal baby is very high on the list. His courtiers will be very low in comparison. Though attention is nice but very few can handle it well. Many get sidetracked from the chosen path. Then, one should always be careful about who is he or she getting attention from, Girls are taught from their childhood about this crucial aspect. Even boys should be trained to be very careful; strangers are not the best persons in this connection. Only those who have noble motive should be welcomed. Generally, we get attention for wrong reasons.

Wise persons are not crazy for attention. Because mostly ego drives it. One is forever trying to prove oneself to others. The nearest and dearest are the best persons to gain attention from. But for that we have to give them attention. There is one place from where attention is most welcome. If you have not guessed already, He is God. One will benefit immensely if one manages that. However, it is not an easy task, but it is not too difficult either, as many may assume. This is where our welfare lies, not fulfilling our desires for gaining attention from others. The cosmic design is for being self-sufficient in this regard. We are best served if we have God as our best friend.