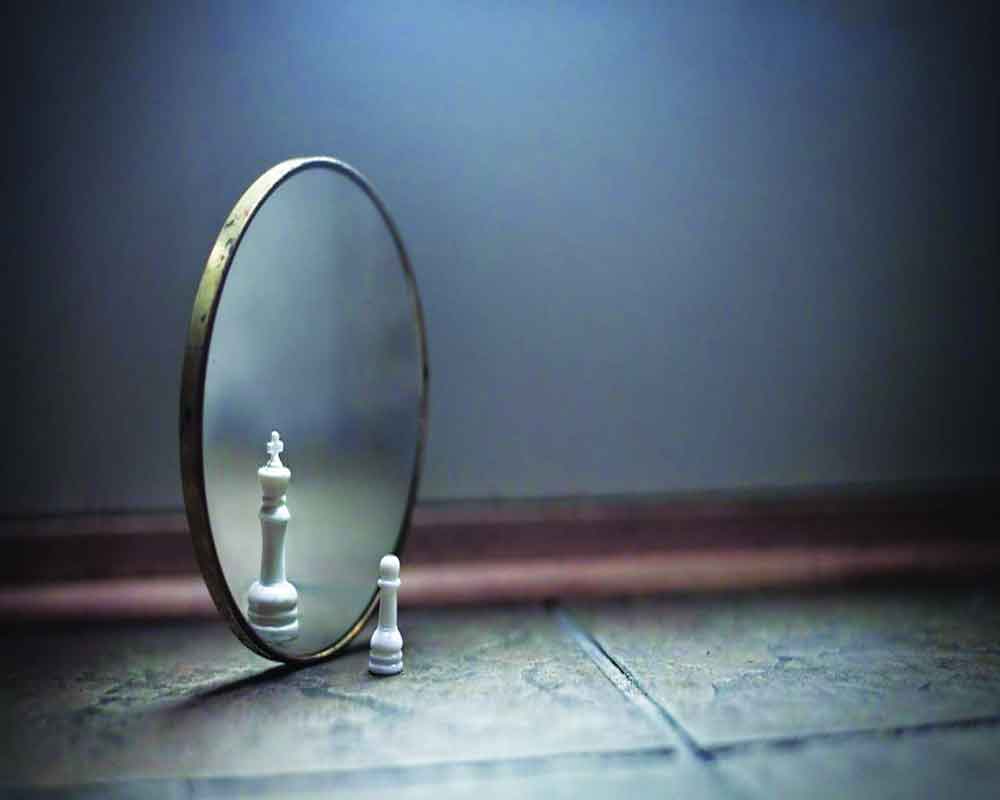 Appearance of self has a large bearing on how we perceive ourselves. To be happy, we must have this image right, says AJIT KUMAR BISHNOI

Before I get into this important aspect of our lives, let us be clear about what self-image is all about. Defined as the opinion or idea that you have of yourself, especially of your appearance or abilities, self-image is very different from self-respect, which is the feeling of pride in yourself in terms of what you do, or say, being correct and good. Ego, which is defined as your sense of your own value and importance, is a lot closer to one’s self-image.

Image is the impression that a person gives to the public. These are of two types — naturally occurring (the result of many years) and contrived. The latter generally has a sinister motive. Those in the business of cheating the public contrive to give a false impression of self. Fake babas come to the mind in this connection. Then, there are people who run ponzi schemes.

Self-image begins to form from childhood itself. This process goes on throughout one’s life. One tries to enhance it rather than correct it. There are many factors, which go into image making and its evolution. Humans have been blessed with intelligence. Mature intelligence or wisdom comes after a very long time, sometimes many lives. Still, this fact does not prevent people from pretending to be highly intelligent. That explains why we make so many mistakes. A human is not above erring, but a false assessment of self-intelligence makes it worse.

Appearance of self has also a large bearing on how we perceive ourselves. Good looking people feel more confident about themselves because the appearance is the first thing one notices in a person. However, this factor is not absolute. Other factors like abilities have a large bearing on how we assess our personalities overall. Personal values, sanskars and morals, are also very important. They emit a feeling of superiority like no other. Our ambitions also decide how we assess ourselves. Persons with high ambitions think highly of themselves and try to project selves in a positive way. They are more focused than an average person. In short, how we desire our future to be is very important in this connection.

Personal nature also determines the image one will have of oneself. And our nature is the sum total of our habits. For example, continued success in life gives the image of being a go-getter. Our past has a lot of bearing on how we will perceive ourselves or others will. After all, are we not a sum total of what we have been, the acts we have done earlier.

The society we live in also influences how we assess ourselves, or like to be. We wish to be one of it and somewhat better. Health also plays a part. Healthy people are more likely to exude confidence. Circumstances and age force changes. In older age, one accepts that one is not so physically capable. This fact brings out the necessity of correcting the self-image; we cannot be attached to any one version of it. Generally, the self-image is always superior to what we actually are. This puts a lot of pressure on one to rise to that standard. Some will say that it is a motivating factor for self-improvement. Yes, it is true as long as the gap is manageable, otherwise it results in stressful existence. It is very important that we have the right image of ourselves.

Trying to stick to some image is not wise, because the self-image must be attuned to the present realities, otherwise pressure builds up. Most of us are unable to fight it and suffer. This becomes a bondage, which is quite harmful. Ideally, we should focus on doing our duties and the image takes care of itself. And the gap between the reality and what we project ourselves to be should always be manageable; only then, our lives will be better.