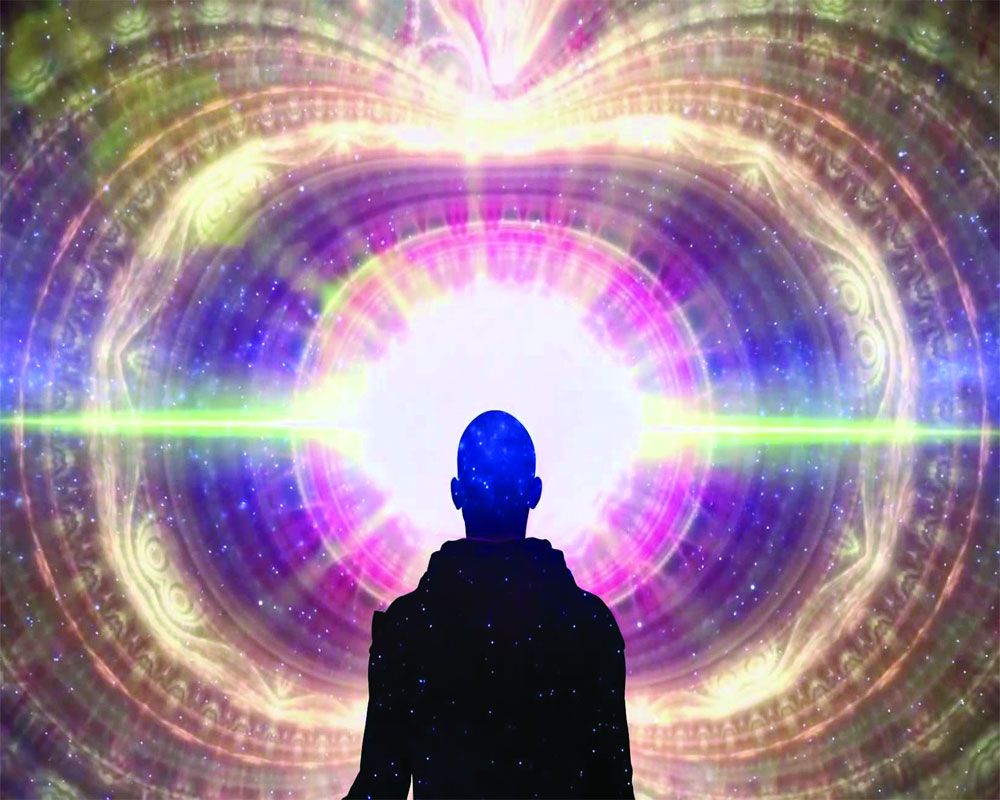 All the world is but Maya Jagat. To understand that we are living in illusion would be the beginning of the end of the illusion, writes Radhanath Swami Maharaj

According to the Chinese philosophical classic Zhuangzi, a great Daoist thinker once fell asleep and dreamt that he was a butterfly. When he woke up, he did not know whether he really was a man who had dreamt he was a butterfly or whether he was a butterfly now dreaming he was a man. He was in acute confusion and couldn’t come to any conclusion. The story is meant to make a philosophical point about what we take to be dream or reality. Our dreams are utterly compelling, and so long as we are dreaming, we think they are real. Is our night when are asleep and dream a dream or the day when we are awake a dream? If only Zhuangzi would have understood that he as a butterfly and he as a living thinker both are dreams, it would have solved his riddle.

Technically Maya means “illusion”. Let us understand the term by the world around us. In the Vedic text, the world in which we are dwelling is called as “Maya Jagat” or illusory world. This material world is real but ephemeral. It is not the way we generally perceive. It is something different than its mere appearance. It is a mystical world because although transitory it appears so permanent and inviting that everyone is ensnared into it trying to find some pleasure. It is an illusion but certainly not a hallucination. Hallucination is imagining something which is not present, but illusion means perceiving the real object differently.

As fire is covered by smoke, as a mirror is covered by dust, or as the embryo is covered by the womb, the living entity is similarly covered by different degrees of this lust. (BG 3.38). Everyone is seeing the world according to the degree of illusion they are in. This world is a reality but there is veneer which makes it difficult to know the truth. To the degree one is free from the covering to that degree he sees the truth. Hence everyone is perceiving the world in different ways. The illusion is so subtle and stringent that almost nobody can escape it. The covering is so thick that even if one understands the actual nature of the illusion, he still acts under its effect. So why understand it? At least, we should try to understand we are under illusion. That is the beginning of the end of the illusion. A person fully intoxicated with alcohol lying in the street thinks he is exultant. Gradually, when the effects of alcohol wears off he understands he is in melancholy due to the intoxication. Person acting helplessly under the illusion understanding its nature is better off than one who is acting under illusion thinking he is free from the illusion. The illusion in this world is so powerful that it covers everyone and then covers the covering also, so almost nobody knows they are covered. Therefore, if one at least breaks through the outer covering, understands he is under cover and thus can venture to get out.

The reality is that this world is real but transitory hence illusory. We have come to this world because we rebelled against the laws of God. The body we have is the prison costume. And we are here for life imprisonment. We are constantly vexed by the miseries of material nature (birth, old age, disease and death) so that one day we can rehabilitate and get out of here back to real home. But there is a stark difference between a normal prison and this prison. In a normal prison, prisoners are exasperated with the life inside and yearn for independence. But in the prison of the material world, the prisoners although beleaguered relentlessly do not wish to come out! Very few may desire to come out, but they end up in another better prison. Heavenly planets are replete with astounding opulence, but it is a prison ultimately. There are no bars and manacles seen in the prison. Still people don’t want to escape. This is astonishing! The illusion traps and straps one to this prison. There is enough happiness in this world to keep one attached to the sufferings. The illusion is one’s thinking that he can find perpetual happiness in this transient world.

Maya has two potencies up her sleeves. With the former, she dupes the living entity by making him think he is blissful in this world. With the latter, she puts him in unlimited anguish. On the strength of the former, the latter acts and still the living entity considers this world as “Wonderful”. When one sees a rope at night, one may mistake it for a snake and get petrified. The rope is real, and the snake is real (somewhere else) but thinking that the rope is snake is illusion. Similarly, true happiness is real, and this world is real but to think the true happiness is there in this world is illusion. When we are engaged in a fantastic movie on the blue screen, we are caught by so many emotions like comedy, tragedy, romance, adventure, etc. but if we look closely, all the images on the screen are made up of three primary colour pixels — Red, Blue, Yellow. These colours in itself shall never draw any attention from us but their combination in various ways creates a pandemonium of emotions. Similarly, the material world consists only of 3 modes — Goodness, passion, ignorance but their amalgamation creates the whole universe for everyone’s bewilderment.

This world is like a hospital where everyone is supposed to take treatment. But under illusion, we think it as a nice hotel. We try to give orders and expect them to be fulfilled but instead we get battered. Only if we consider this world as a hospital and take proper treatment for our malady, would we be able to leave after we are healed.

We are spirit soul, which is eternal, and our source is spiritual world, which is also eternal. If we want to be free from the illusion, we need stronger determination which can push us out of Maya’s influence. Just like a rocket needs the escape velocity of 11km/s and no less to escape the influence of earth’s gravity, the best way to achieve that escape velocity to get out of Maya and attain the spiritual world is by meditating.