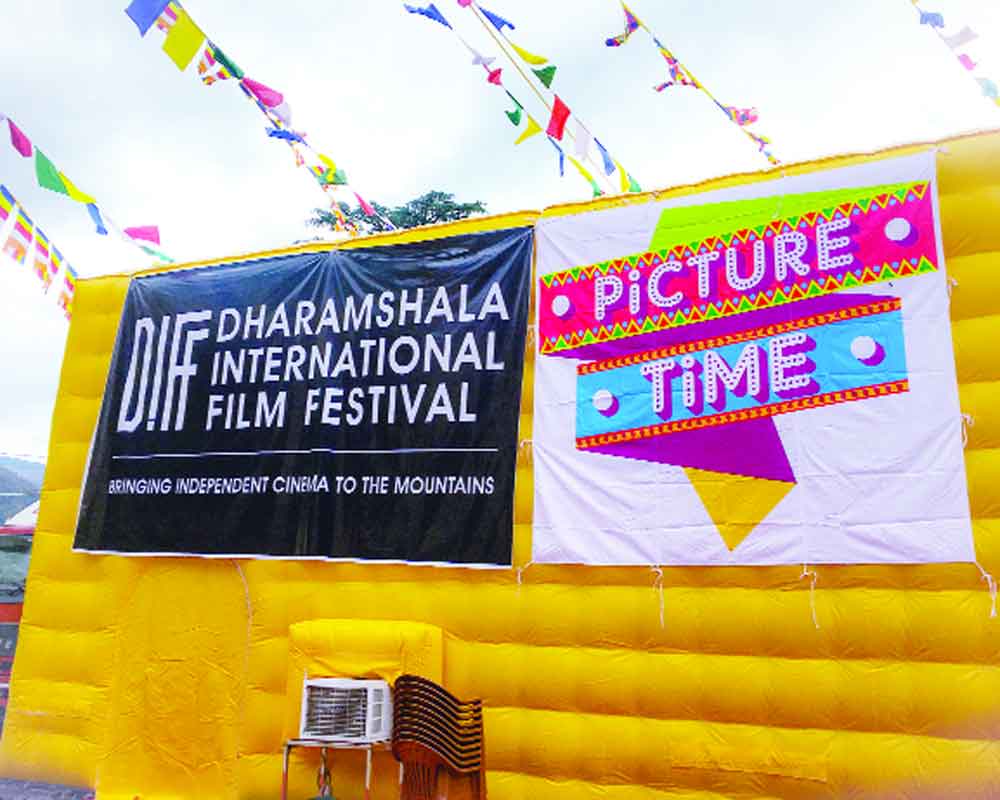 The 8th edition of Dharamsala International Film Festival had a lot to offer to viewers this time round. SHAlINI SAKSENA caught up with Sushil Chaudhary, the brain behind Picture Time Digiplex to talk about the pulsating content

The Dharamsala International Film Festival, is in its eighth year and has wowed the audience with some of the best works from directors and filmmakers from across the globe. A brainchild of Ritu Sarin and Tenzing Sonam, filmmakers themselves and the festival that began its journey in 2012 has grown manifold. Back then, the two travelled to other film festivals to showcase their work and assess the organisation and the kind of work being shown.

The festival this year saw a diverse mix of independent features, documentaries, shorts and animation films from India as well as around the world. Some of the feature documentaries that made it to the festival were Archana Atul Phadke’s About Love, Thomas Heise’s Heimat Is a Space in Time, Kavich Neang’s Last Night I Saw You Smiling. Besides showcasing some brilliant cinema, the festival also featured an acting workshop by noted actor Adil Hussain. Swiss filmmaker Samuel Weniger and Japanese documentary filmmaker Kazuhiro Soda enlighten audiences on their enriching sessions on filmmaking.

The lineup also included Vinod Kamble’s feature film Kastoori which was shown in mobile theatres which were put up by Picture Time Digiplex, a mobile theatre company that uses these theatres to take films to rural areas where there are no theatre screens. It is equipped with air-condition and 5.1 Dolby system that gives you the experience of watching a film in a high tech theatre.

“Dharamsala doesn’t have proper infrastructure when it comes to theatres or fixed auditoriums. There was a need to create the right cinematic experience in a constrained environment. Mobile theatres resolved the issue. All that they need is open space — 80X80 feet. They can be set up in less than three hours and taken down when the event is over. This was a unique feature of this festival,” Sushil Chaudhary, the brain behind the Picture Time Digiplex, tells you.

There are several benefits when one uses a technology like this. “Earlier, the films were being shown with a normal projector and normal sound system. Today, however, audio and visual defines good content. One can have great content but if the audio and the visuals are not good, the film will not have the necessary impact.  Take Sholay. If the film was to be made with the present technology, one can only imagine the grandeur. The technology element plays an important role in filmmaking. Our technology makes it possible for the viewers to have a more immersive experience,”  Chaudhary explains.

In order to get the content for the festival, which is in its eighth edition, there is a need to get the rights with secure technology.

“The Picture Time has been designed with global standards which relates to the security of content. Also when it comes to audio and visual experience, it is 2K digital cinema system. This meant that the filmmakers and content owners didn’t have any problems with sharing their work for this year’s festival. We also used an innovative method to download content of getting the DCPs. This meant even if there was no Internet connectivity at Dharamsala, we could use our V-set system to ensure that the content ran seamlessly. This gave the content owners a lot of comfort when it came to sharing their work. The content curation team was strong and we got a lot of European, African, Canadian and American films. What I loved about this festival was that besides being a boutique, it was content-heavy. It had a strange spirit which was so different from the other festivals,” Chaudhary says.

This meant that the atmosphere was informal and much of the protocol was given a miss. This allowed people to interact with the filmmakers and technicians who gave master classes for filmmaking. “There was a clean vibe. People asked questions freely,” Chaudhary says.

He tells you that Dharamsala is only a venue albeit a unique one. “Most global film festivals are associated with venues. Just like Cannes, it has no market for the film industry, but it makes for a great venue. Similarly, Dharamsala, set in the shadow of the majestic Dhauladhar mountains, offers a beautiful setting. It has made its mark when it comes to those who are in the market of making independent cinema. This is among one of the most sought after film festival for independent producers world over. This was the first film festival where a Tibetan film was made and showcased. But the eco-system in the city is such that people look forward to this festival. Last year, all the tickets were sold out. Locals look forward to it. They go out of their way to make things as easy as possible for those who come here. McLeod Ganj that has narrow roads removes traffic restrictions during festival days. It is not just locals who throng to this festival,” Chaudhary says.

He tells you that this festival attracts people not just from within India but also abroad. “This year, we had volunteers who had come all the way from the US,” he says. Chaudhary tells you that there are always security concerns for content owners because a festival is a place where one’s work can be stolen if not properly secured. “Imagine that your whole work has been copied and multiple CDs made and the work released online and offline. While one can track online, it is impossible to do so offline,” Chaudhary tells you.

When Sarin and Sonam had started the festival it was very boutique for a selected group, but the idea, this time, did not only make this edition big but to grow bigger from here on. “When they approached me last year, I told them I could bring in tech elements to the festival and three mobile theatres were set up. The festival was a huge success and we intend to go bigger from here,” Chaudhary says.