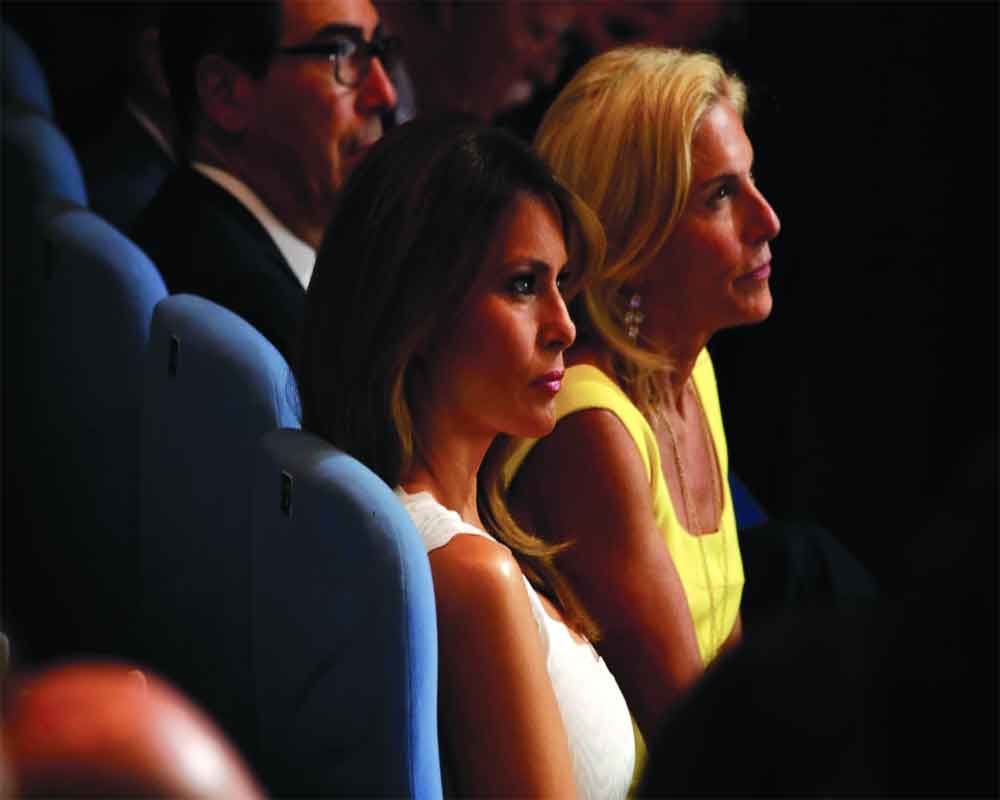 Regimes do not come and go as the regime theory advanced by Robert Keohane is an exemplar in all regards and in all imaginable aspects of it.

As an instance, the climate change regime, the Arctic cooperation movement and the American claim to Greenland which has been rebuffed by Denmark, are some of instances of nations and non-state actors collaborating in a new-found convergence.

This practice in the international systems restores order and rule of law and instills cooperation as characteristic of international behaviour.

Issues of the Iran-US nuclear spat and the negotiation question in the Af-Pak region happen to be key frames of reference in the G7 gathering of states wherein Korea and Japan too happen to have gnawing strategic differences. But, what these great nations need to comprehend that in order to have a novae strategic space in the Indo-Pacific, the myriad nations need to conjoin as a strategic grouping to counter the Chinese hegemonic designs in its neighborhood and its waterfronts such as Hong Kong.

The nations also need to deliberate upon the idea that how the World Trade Organization can be tamed, wherein the American objections to the usage of the sobriquet “developing nations” needs to be delved inside with some detail with China and India to be prevented from using the title of “developing nations” in the light of the bright growth rates and better economic performances reflected in their subsistence, though economists might think otherwise.

The G7 is an exemplar instance of summit diplomacy wherein the big and small of the global leadership rub shoulders with each other in a fray for strategic one-upmanship in the larger IR game. Prime Minister Modi has also contended that the India-Pakistan theme is a bilateral issue and needs no mention of third party mediation as is being deliberated upon by some of the nation state actors and even the United Nations under the guidance of Antonio Gutierres. One of the developments of the G7 has been a clarion call by New Delhi to step up cooperation with Great Britain in spheres such as education, trade, investment and defense. As an interesting aside, Modi congratulated Boris that the English cricket team had defeated the doughty Australians in the third Ashes test. Some relief in the regular humdrum of diplomatic negotiations in the form of global summitry. This has significance in the light of the big Indian decision to revoke the special status of Jammu & Kashmir and bifurcating the besieged State into two Union territories.

New Delhi has already made it clear that Jammu & Kashmir is a domestic matter of the Indian Union and there is no room for any kind of international mediation and arbitration. President Trump has tweeted that in the context of the global economic downturn, the relations between all the nations will not be tense and he found friendliness and cooperation to be the general veneer of the talks.

A tiff was resolved between the French Premier, Emmanuel Macron, and Trump as US threatened to impose tariffs on all French wine which was staved off when France removed some US technology companies to be taxed in their territory of trade.

In a surprising first, Iranian Foreign Minister of Iran Zarif held talks on the sidelines of the G7 negotiations as a demarche to the pelf and influence of Washington represented by Trump. Zariff commented before the media that “Iran is holding forth with constructive negotiations. The road ahead is difficult to tread on, but it’s worth trying.”

Thus, in a zipping moment, the Western squabble with Tehran over the confiscated tankers and other vessels, comes to become the core theme of the G7 though Iran is directly not in the diplomatic ring.

In the light of the Chinese-American trade tiff, the world is witnessing the onslaught of a third world war albeit on the scale of geo-economics and not exactly geo-politics. Summitry or not, antagonism and prevarications might mar another set of negotiations which are very crucially juxtaposed with the East Asian BOP system with much wider ramifications for the rest of the international system.

The G7 is an intergovernmental organisation which by 2018 accounted for 58 per cent of the total global net worth which is assumed to be around a prodigiously prolific figure of 317 trillion dollars. Even before the world oil crisis of 1973, the US Secretary of State introduced the provision of G5 which was later on expanded to include other nations. G7 is primarily economics in international trade and investment but with the metamorphosis of a system in flux, other geo-political issues too have resonated in the G7 summitry since the last few occasions, such is the changed trajectory of the larger international system.

In the contemporary context, the various nations have gradually initiated an organisational move to move away from the purely and pristinely, economics of the strategic group and imparted it a geo-economic and a strategic veneer also.

Modi has innately utilised the sidelines of the G7 summitry to romp home with diplomatic engagement with Trump which was very crucial keeping  the strategic context of India’s role in Afghanistan. The US has already been clamouring about a larger role for New Delhi and banking upon an Indian influence in the Taliban quandary in the badlands of Afghanistan, which has unfortunately become a strife torn twilight zone.

Sans Kashmir, everything else can be part of Indian agenda as we too are a responsible and au courant nation state. The fact that Modi has been invited despite India being not part of the G7 is in itself a kind of achievement for the Delhi denomination though the nation is present on the cusp of greater achievements and accolades.

It speaks volumes about the nature of personal chemistry between the leaders of India and the United States and the acknowledgement by the international community about India being the rising economic power in global politics.

Modi also held a meeting with United Nations Secretary General Antonio Gutierrez on the sidelines of the G7 summitry and chutzpah of negotiations.

The G7 also aired its concern about the Amazon fires in Brazil and the green lungs of the globe which are a consequence of internal strife. The G7 mandarins decided to furnish the Brazil Government with a fire fighting planes and further air support if the domestic security personnel are finding it an uphill task to douse the pernicious fires in the dense Amazon.

Iran’s Zarif also arrived for sidelines talk with no plans to have a tete-a tete with President Trump. All in all, the bouquet of negotiations at G7 was as eclectic and diverse as possible in order to live true the expectations with the international organisation in an age of liberal institutionalism.