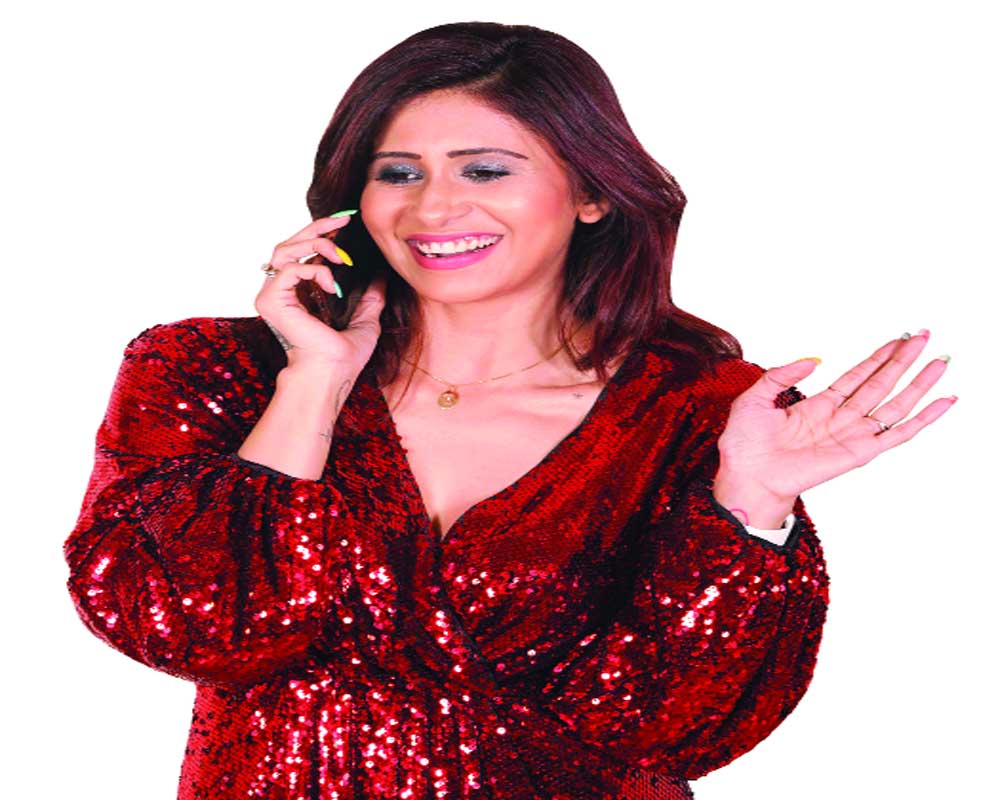 SHALINI SAKSENA speaks with the starcast of Patte Khul Gaye, a play that exposes the middle class and the beliefs that exist

There was a time when Delhiites looked forward to watching the plays that were staged since there were limited options for entertainment. Then there was a lull. That has changed in the last five-six years and the theatre scene is once again changing and growing albeit with a difference. People today are looking for entertainment options. This means that those in the theatre business are bringing on stage some great work with established actors that are pulling in a crowd like never before.

It is therefore not surprising that in the last six months that Capital has seen five plays being staged with the latest to join the list Patte Khul Gaye — directed by Rakesh Bedi and presented by Felicity Theatre.

The actor who shot to fame as Raja in Yeh Jo Hai Zindagi that aired on DD back in the mid-80s and written plays like Jab We Separated and Mera Woh Matlab Nahi Tha tells you that the play is about the hypocrisy that exists in the middle class.

“It is about a family (Dr Manoj Rai played by Anant Mahadevan, his wife, Manju played by Roopali Ganguly and their two children). The play opens with a scene where Manju is busy cooking for a party. She is annoyed that nobody is lending her a hand as everyone in her family is busy on their mobiles. Even the guests who have been invited are shown talking on their mobiles. Then there is an invited guest. What unfolds when all these people tun up, sets the tone of the play,” Bedi says.

He tells you that the title is apt once the interval is over and everyone is exposed like the husband who suddenly sees a totally new side of his wife, a side that he never knew she had.

“Very comically each person stands exposed hence the name. The play also showcases the conflict between the upper and the middle class that comes with satire. However, I love comedy and despite the fact that the play tackles a serious issue, I have a humourous take on it. I don’t write anything that isn’t funny. A message without humour doesn’t sit well with people,” Bedi says.

He denies that the play is an adaptation though he took an idea from an English play. “One needs a thought and that is what I have done. The characters have been woven by me. It is not an adaptation,” he emphasises.

He tells you that it took him only a couple of months to write it since he was very clear where he wanted the play to go. “Usually, it takes me a couple of years to write a play. With this one, I had a lot of clarity,” Bedi says who also plays a poet here.

But he tells you that there was no conflict between the director and actor in him. This is because he had defined his characters to the minutest detail. “Each dialogue, turn and move was written down in detail. It takes around 40 days to direct a play, this one took 12 days,” Bedi says.

His choice of cast depended on many factors. “Mahadevan has a no-nonsense face and is a straight forward actor. Though I had never worked with Ganguly, I had seen her work. Kishwer has the physique that I was looking for. I wanted someone who is tall, a good figure and can carry the role of a rich man’s wife to a T,” Bedi tells you.

He opines that theatre has undergone a sea change, especially in Delhi.

“If someone in Mumbai wants to see a play, he has to buy the ticket. Even if my family wants to see a play directed by me, it can’t be a free ticket. Someone has to buy it. While there was a time when Delhiites were looking for a free ticket, this has changed. This is good for theatre,” Bedi says and laments the fact that if one can spend over `1,000 on a film why not theatre.

The actor has also penned another two-actor play which will probably star Neena Gupta. “As far as Bollywood is concerned, Bedi has just finished shooting for Sab Kushal Mangal and is all set to head for Lucknow to shoot for Indu Ki Jawani,” Bedi says.

Merchant who plays Shireen tells you that it was tough to play this role. “In real life, I am a tomboy. To play a character that is rich and classy took me a little time. It was great to work with Rakesh (Bedi). I love him as an actor; I love him even more as a co-actor. He is such a selfless actor. He is always giving. He will help you out with everything. As a director, he is wonderful. The way he explained the play, he has done a fabulous job,” Merchant says.

She loves the Delhi crowd. “I have been here for Wrong Number, Selfie, Hello Zindagi and now Patte Khul Gaye. I have had repeat audiences for all the plays. It feels so good as an actor when you get this instant feedback,” Merchant says.

She tells you that she took to the theatre because she used to have stage fright and wanted to get rid of it. “The whole point of doing theatre — to get applause, people laughing at your one-liners and instant response gives me such a high. I love performing in front of a live audience,” Merchant says.

Mahadevan tells you that he plays a cosmetic surgeon in the play. “The man is in a situation where everyone wants to play a game where they want to find out what is there on their phone. This drives him up the wall and then skeletons tumble out. You don’t know whether he is clean or he too has a secret. There is an emotional angel to this character. It is an interesting role,” Mahadevan says.

He tells you that the part was breezy, it was not a very dramatic one. “It was a role where I could walk in and enjoy playing since it was not a role were I had to get into the skin of the character unlike some of the other plays that I have done like That’s My Girl where my role is that of a complex father. This role was a break from that,” Mahadevan tells you.

He opines that when one plays easy roles, one can be more realistic, be yourself and spontaneous.

“Unlike in a complex character, one doesn’t have to get in a dramatic decibel. It is a drama. One has to ensure that the people at the back can hear you. One ends up playing it a bit unnatural so that the theatrics is there. In Patte Khul Gaye one need not play to the gallery,” Mahadevan says.

Despite being a writer- director himself, he enjoyed the process of just acting.

“When you are directing, you have to be responsible and multitask. The stress levels are high. When a role like this comes up especially in theatre, it is a vacation. All I have to do is play my part, do it well and be there. I enjoy the acting part. This I realised after I started directing,” Mahadevan says.