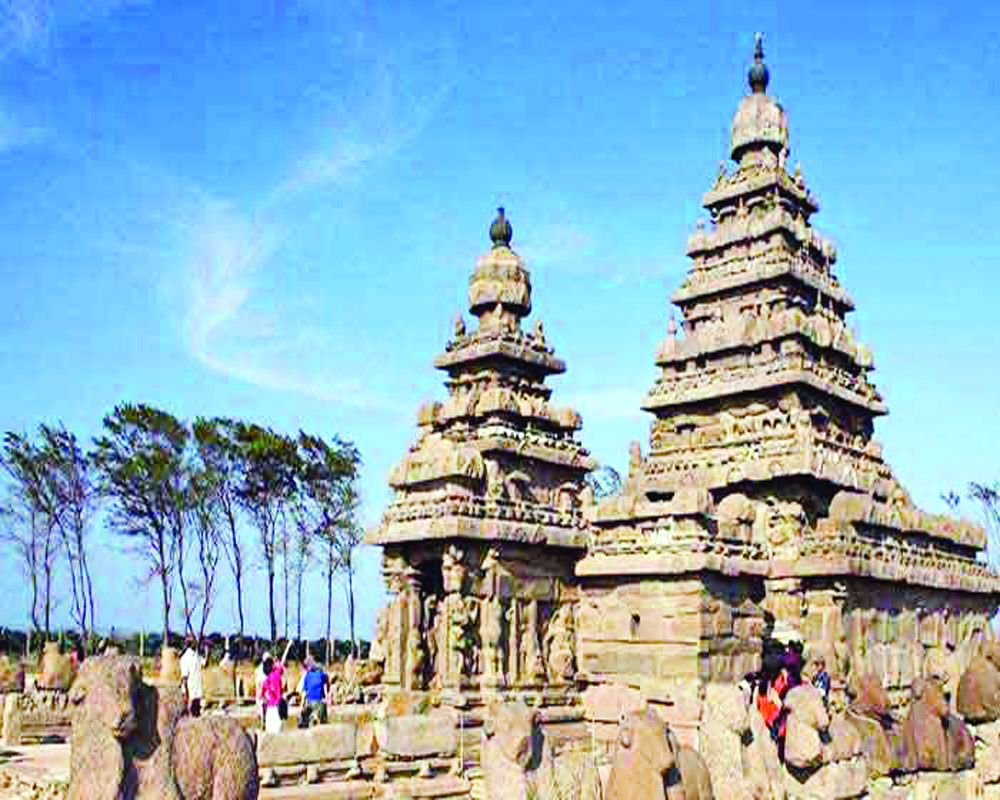 The architecture, culinary culture, commonly shared beliefs, and inherent diversity of South India has intrigued travellers as well as historians over the years. This book by Rajmohan Gandhi offers detailed history of the region. An edited excerpt

After combining to defeat Vijayanagara in 1565, the Deccan sultanates of Bijapur, Ahmadnagar, Golconda and Bidar had fallen apart. Though Akbar, who would live until 1605, had significantly expanded the Mughal empire, he was headquartered too far to the north, in Delhi or Agra, to think of running the southern peninsula.

While different native chiefs — sultans or nayakas — controlled pieces of the southern hinterland, admirals and priests of a small European country, Portugal, had long established themselves in pockets on both coasts. Leading a four-ship fleet armed with cannon, Vasco da Gama had landed on the Malayali shore 102 years before the 17th century arrived. His voyage taking more than nine months, he arrived in Kozhikode on May 20, 1498.

Until then no one had sailed all the way from Europe to India. A century and 10 years later, in 1608, the Dutch arrived at Pulicat on the east coast. In 1620, a Danish fleet landed in Tranquebar (Tharangambadi), also on the east coast, a good deal south of Pulicat. The British and the French were not far behind.

If horses — the sound of their hooves and the dust they kicked up — announced the outside world to northern India, slowly expanding sails on the horizon were thus alerting coastal South Indians to a visit by strangers.

Sponsored by monarchs, these ships from Europe brought traders who established ‘factories’ in several coastal places with apparent ease. Incoming and outgoing merchandise was stored in these ‘factories’ where a fort, too, was usually built, inside which European and Indian retainers protected their European masters and their goods. In the initial decades, South Indian merchants entering the fort dealt on equal terms with their European counterparts.

When Vasco da Gama landed on Kerala’s coast, Kozhikode (Calicut) had a strong ruler, the Zamorin, with whom the Portuguese trader-explorer had to negotiate. A fair distance inland, northeast of Kozhikode, lay Hampi, capital of a Vijayanagara Empire then at its zenith. Its umbrella covered large portions of what we think of today as Karnataka, Telangana, Andhra Pradesh and Tamil Nadu. As the historian Burton Stein would put it:

Ascending the throne 11 years after da Gama’s landing, Krishnadevaraya, Vijayanagara’s greatest emperor, reigning from 1509 to 1529 and a poet in Telugu, was in fact of Tulu origin.

After Vijayanagara’s defeat, the Dutch, Danish, British and French traders wishing to set up a ‘factory’ or fort in South India had to obtain permission from a nayaka or a surviving Deccan sultan.

Places in the Tamil country like Trichy (Tiruchirappalli), Thanjavur (Tanjore) and Madurai (Madura) were under separate nayaka dynasties, mostly of Telugu origin, whose entry into these Tamil territories in the 14th and 15th centuries had been accompanied by a significant southward migration of Telugu-speaking agrarian castes.

Whether characterised as viceroyalties or kingdoms, the nayaka territories in South India that followed the Vijayanagara decline saw the construction of stone walls, thick forts, market towns and temples. As the fortification implies, the period also saw numerous destructive battles. In fact, fighting in the nayaka period was ‘more or less incessant’.

Some wars were on a truly large scale. The Jesuit Manuel Barradas, who travelled in parts of the South at the beginning of the 17th century and noticed, close to the city of Thanjavur, shade-giving trees as well as strong walls and a moat, wrote of a war occurring in the Trichy region in 1616 or 1617 which according to him was fought by ‘as many as a million soldiers’. Barradas may have exaggerated, but war among even a 10th of that number would have consumed a great quantity of blood and grain.

The nayakas of Thanjavur, Madurai and Gingee were evidently among those involved in this immense land war, as also the Portuguese, who seem to have assisted one side, and the Dutch (possibly joined by recruits from Jaffna in Sri Lanka), who helped the other.

The picture one gets of post-Vijayanagara South India is of power vacuums and struggles for supremacy involving natives but also outsiders. We have scant information on conflicts in the first quarter of the17th century. The soldiers’ castes or ethnicities are not known. European mercenaries, ‘Turks’ (probably Muslims from the Deccan sultanates) and even Abyssinians feature in some accounts, but most soldiers would have come from within the region.

From the 16th century, cannons (first brought into India by the Turks) were beginning to be cast in South Indian foundries, at times with the aid of a European mercenary, but these native products were of uncertain quality. Maintaining war elephants (including some imported from Burma and Thailand) and buying warhorses from Arabia was a huge expense, as was putting together a large infantry and cavalry.

Feeding Brahmins en masse was viewed as the ruler’s duty, but Brahmins were not central to the installation of the nayaka rulers or viceroys, who in most cases were descendants of Telugu-speaking warriors from peasant castes proud of their Sudra origin. Yet peasants and artisans did not seem to be their ruler’s first concern. The courtesan’s smile interested him more than the contentment of the peasant’s wife or the pride of the artisan’s mother.

Rivalries between South Indian chiefs and between European companies led to battles where one Indo–European alliance clashed against another brown-white alliance. These alliances shifted from year to year, or even week to week. After elimination and sifting, two European powers, the French and the British, would eventually remain to fight it out, in association with native chiefs.

Excerpted with permission from the publisher of the book, Modern South India: A History from the 17th Century to Our Times, published by Aleph Book Company, and priced at Rs 799