Need to revisit yardstick of intelligence

Need to revisit yardstick of intelligence 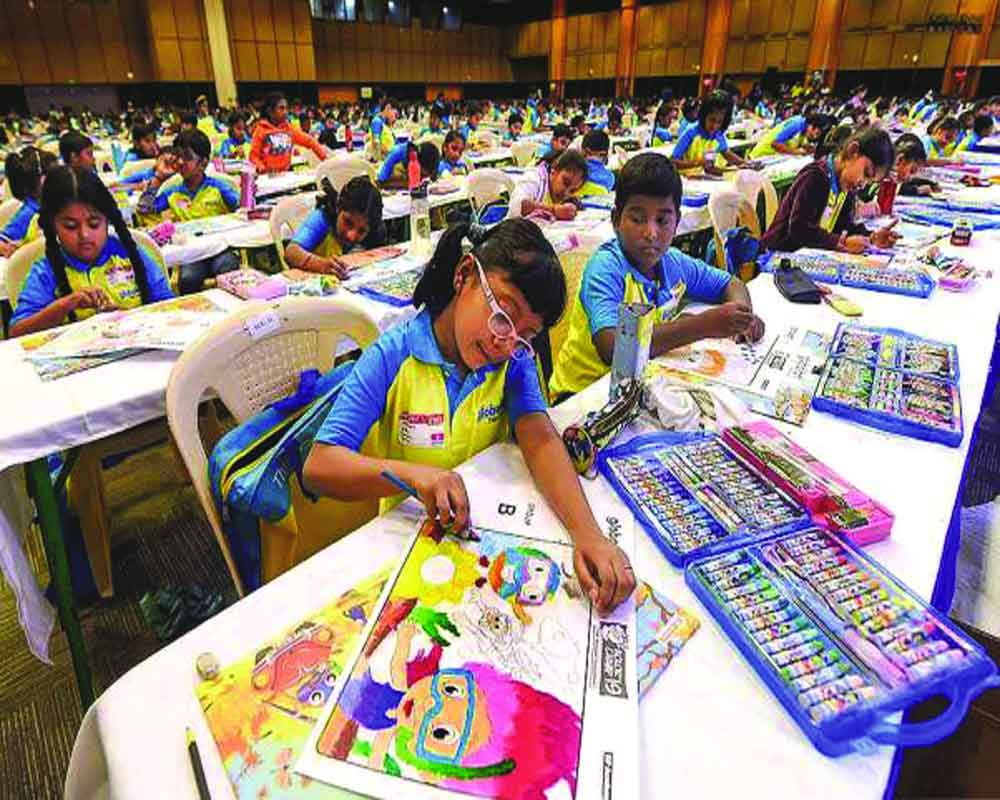 An effective group doesn’t need a lot of people with high IQ scores; it requires a balance of people with different skills. The best performance is achieved when the team has the full spectrum of relevant skills

Irrespective of your geographical location and pursuit of specialisation, there is simply no way to escape an academic environment obsessed and fascinated with the concept of intelligence.

How you are treated right through your academic journey is more or less shaped by your ability to showcase your entire intellectual prowess — to meet the expectations of institutional gatekeepers. And the credit for bringing a test of intelligence in the form of IQ tests within the four walls of academic institutions goes to Alfred Binet.

In 1904, Binet developed IQ tests that were quickly adopted as a standard measure of intelligence. Although, it’s changed over the years; even today, the underlying logic remains more or less the same.

In psychology, the study of intelligence is about how to rank individuals according to some cognitive ability, whereas, Binet was trying to identify struggling students so that they could receive supplemental instruction.

Ironically, headhunters, human resources departments, and Ivy League admission offices conveniently started to use a different variation of these tests to pick off the top few on the cherished spectrum of intelligence. And the majority (including me) who don’t make it to the top percentile are told to live a permanent life of mediocrity.

This notion of intelligence has fostered a deep confusion. We can see this confusion in how we think about successful companies. We don’t hesitate to attribute the success of a unicorn company to the brilliance of individual intelligence. As a result, Steve jobs and Mark Zuckerberg often find themselves credited for the complete success of their respective companies.

A good team can make a company successful because it can discover a good idea by learning how a market works and then doing all the necessary iterations to bridge the gap between market demand and their idea. A good team doesn’t hesitate while dividing and distributing their resources in a way that takes advantage of individual skills.

We often forget that IQ tests are just an indicative measure of our ability to think logically about straightforward problems. No doubt that it’s an essential part of intelligence; however, IQ tests don’t measure creativity because creativity isn’t direct. Creativity is about considering multiple approaches to a complex problem, without dismissing any of them too quickly.

Creativity is also about developing new and useful ideas. It merely appears to be a particular class of problem-solving activity characterised by novelty, unconventionality, persistence, and difficulty in the problem formulation.

Many researchers have tried to develop methods for predicting a child’s creativity. Lewis Terman, cognitive psychologist, born in the nineteenth century, was an eugenicist who believed the human race could be improved with selective breeding, a classifier of individuals according to their abilities as he perceived them.

In 1921, Terman began an extensive long-term study in an attempt to prove that having a high IQ score correlates with creative genius. He failed.

Terman tested 1,68,000 children with an IQ test and only used those who scored above 135 for his study. This group of children, whom he called “termites,” had an average IQ score of 151, which is very high.

Terman found that the termites weren’t only smarter (in having larger vocabularies and more powerful memories, for instance); they were also healthier, taller, and more socially adept than their peers.

Thirty-five years later, Terman summarised the group’s accomplishments: 2,000 scientific papers, 60 books, over 230 patents, 33 novels, and 375 short stories, among other things. The termites were exceptionally bright, but none of them turned out to be creative geniuses, meaning none of them created or contributed to something that revolutionised their field, and none of them won a major prize. However, two kids who were excluded from Terman’s study because of their lower IQ scores grew up to win the Nobel Prize in physics.

Education is supposed to be beneficial and meaningful for the tribe, commonly known as students. However, most students around the world would agree that standard schooling methods are in dire need of change.

The traditional method of imparting education relies too heavily on the accumulation of pieces of information, where there is excessive emphasis on the overall ability of students to recall facts and information.

We often forget people are primarily designed for action, not for listening to lectures, not for manipulating symbols, and not for memorising facts. Educators have known this at least since the philosopher of education John Dewey advised in 1938: “There should be brief intervals of time for quiet reflection provided for even the young. But they are periods of genuine reflection only when they follow after times of more overt action and are used to organise what has been gained in periods of activity in which the hands and other parts of the body besides the brain are used.”

There is a widespread mistaken belief that the purpose of education should be to give people the knowledge and skills to be independent thinkers.

The idea that education should increase intellectual independence is a very narrow view of learning. It ignores the fact that knowledge depends on others.

For instance, to fix cars, a mechanic needs to know who can provide parts and who can deliver them, how to find out which cars have been recalled, and how to learn about the latest design innovations. Cars these days depend on technology that comes from all around the world. A decent car mechanic will have access to knowledge distributed throughout the community of expertise within the automobile industry.

Learning, therefore, isn’t just about developing new knowledge and skills. It’s also about learning to collaborate with others, recognising what knowledge we have to offer and what gaps we must rely on others to help us fill.

As individuals, there’s too much to know. Therefore, it becomes far more critical for us to learn how to make use of others’ knowledge and skills.

It’s futile to try to teach everything to everyone. Instead, we should play to individuals’ strengths, allowing people to blossom in the roles that they’re best at playing.

We should also value skills that enable people to work well with others, skills like empathy, and the ability to listen. This also means teaching critical thinking skills, not focusing just on facts, to facilitate communication and an interchange of ideas. This is the value of a liberal education, as opposed to learning what you need to get a job.

Instead of regarding intelligence as a personal attribute, it can be understood as how much an individual contributes to the community. If thinking is a social entity that takes place in a group and involves teams, then intelligence resides in the team (i.e., collective intelligence) and not just in individuals.

The best way to assess intelligence is by determining how much an individual contributes to a group’s success.

If we start thinking this way, intelligence is no longer a person’s ability to reason and solve problems; it’s how much the person contributes to a group’s reasoning and problem-solving process.

This will involve more than individual information-processing capacities like great memories and faster decision making. It will include the ability to understand the perspective of others, to take turns effectively, to understand emotional responses, and to listen.

Intelligence becomes a much broader entity when conceived of in terms of the community of knowledge. People can contribute to a community in a variety of different ways: not only through creative insight but also through the willingness to do drudgery for extended periods, by being great orators and by being great navigators.

Therefore the upshot is that an effective group doesn’t need a lot of people with high IQ scores, it requires a balance of people with different skills.

Whatever be the task at hand — hunting for food, building a home, or navigating a ship — it is going to have different components that require different skills.

The performance will be best whenever you have a team that has the full spectrum of skills at its disposal. Those skills are more likely to be available if people are working together. A team with complementary skills is most likely to satisfy all the demands made by the division of cognitive labor.

Because we mostly work in groups, what we care about the most is the group’s ability to accomplish tasks. Whether we are talking about teams of doctors, engineers, researchers, or designers, it is the group that creates the final product, not any one individual. And it is the final product that counts. So what we need is a measure of group performance, not a measure of individual intelligence. And this should make us curious enough to have a re-look at educational reform to match the new understanding of intelligence.

(The writer is an IRS officer. Views expressed are personal.)