Not a drop worth drinking

Not a drop worth drinking 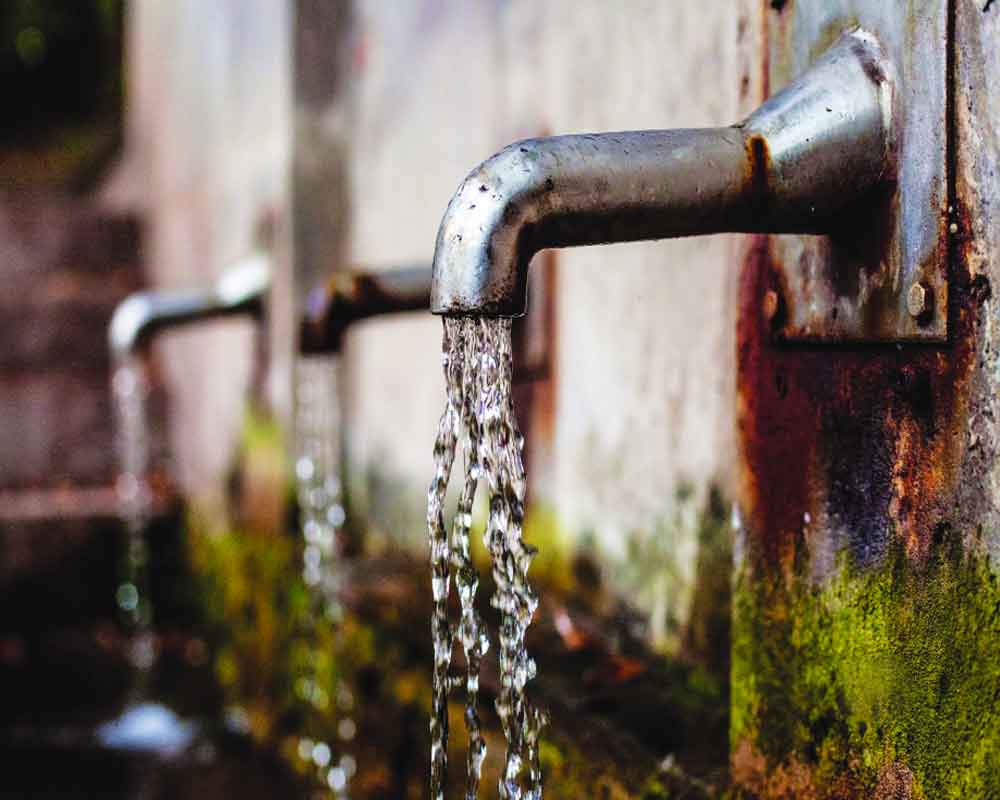 Even as Delhiites gasp for clean air, forced to breathe in heavy pollutants, they are faced with another crisis — Delhi tap water is the most unsafe to drink in the country. Prof BKP Sinha takes us to the crux of the contamination issue

The revelation that Delhi tap water is the most unsafe to drink came about after the release of the findings of a study by the Department of Consumer Affairs (through the Bureau of India Standards) recently. The study lists the quality of piped drinking water being supplied in the country and ranks the states, Smart Cities and even districts based on the quality of tap water.

These tests were conducted on various parametres such as Organoleptic and Physical Tests, Chemical test, Toxic substances and Bacteriological tests in the first stage. In Delhi, all of the 11 samples drawn from various places did not comply with the requirements of the Indian Standard and failed on several parametres, the report said. Mumbai set an example for clean drinking water. The study found that all the 10 samples drawn from the city complied with the requirements.

The cities of Hyderabad, Bhubaneshwar, Ranchi, Raipur, Amravati and Shimla, failed to comply in case of a sample (or two) and none of the samples drawn from 13 of the state capitals, that is Chandigarh,Thiruvananthapuram, Patna, Bhopal, Guwahati, Bengaluru, Gandhinagar, Lucknow, Jammu, Jaipur, Dehradun, Chennai and Kolkata complied with the requirements of the Indian Standard.

Why is water contaminated in our cities?

Water pollution in India is a serious issue. Almost 80% of India’s surface water is polluted, and an alarming percentage of groundwater reserves are contaminated by various organic and inorganic pollutants. Many of these sources have been rendered unsafe for various activities such as agricultural, industrial, and for domestic use. Furthermore, degraded water quality can add to water scarcity as it limits its accessibility for both human use and for the ecosystem.

Untreated wastewater discharge from industries is a major cause of water pollution. Effluents from various pharmaceutical and drug industries are discharged into rivers and other water bodies without being treated. It is estimated that around 27,000 million litres per day (MLD) of wastewater is generated in the country, out of which only 26% is treated. Untreated water accumulates in surface water bodies and eventually filters into underground water aquifers.

Polluted water has a multiplier effect. Every litre of released wastewater further pollutes 5-8 litres of water. This mismanagement in cities results in degradation of water quality.

Release of pesticides and fertilisers from agriculture fields, animal husbandry and disposal of domestic sewage are the major causes of contamination. Various religious practices such as immersion of idols in surface water bodies contribute to deteriorating water quality. In fact, water bodies have been considered as dumping grounds for various offerings, which has degraded the portability of surface water.

Water supply channels in cities are worn-out and remain unmanaged. At many places, they pass through drains. These worn out channels conveying consumable water have developed micro cracks. Therefore, the risk of waste and sewage water entering from drains into the potable water cannot be ruled out. In that sense, contamination occurs either at the source or during its delivery from point of source to the point of consumption. Diffuse pollution is far more difficult to identify and control than point-source pollution.

Irrigating crops with contaminated water results in vegetables and fruits that are unfit for consumption due to dangerous microbes, heavy metals, pollutants that are carcinogenic (may cause cancer) and highly toxic chemicals. People have no option but to eat these contaminated vegetables and fruits. There are plenty of research studies on contaminants found in fishes, water crops like Trapa (water chestnut), and other leafy crops. However, common man has no options to check, monitor and avoid these contaminated food sources.

Coastal area, especially wetlands and estuaries, coral reefs, and mangrove swamps that are important ecosystem, bear the brunt of our enormous inputs of pollutants and waste in to the ocean. This is not surprising because about 40% of the world’s population (53% in the United States) lives on or near the coast, because 14 of the world’s 15 largest metropolitan areas (each with 10 million people or more) are near coastal waters, and because many of these areas receive hordes of vacationers.

In most coastal developing countries and in some coastal developed, countries, municipal sewage and industrial wastes are dumped into the sea without treatment. For example, 85% of the sewage from large cities along the Mediterranean Sea (with a coastal population of 200 million people during tourist season) is discharged into the sea untreated. This causes widespread beach pollution and shellfish contamination.

Recent studies of coastal waters have found vast colonies of viruses thriving in raw sewage, effluents from sewage treatment plants (which do not remove viruses), and leaking septic tanks. According to one study, one-fourth of the people using coastal beaches in the develop ear infections, sore throats, eye irritations, respiratory disease, or gastrointestinal disease.

Runoffs of sewage and agricultural wastes into coastal waters introduce large quantities of nitrate (NO3-) and phosphate (PO4³-) plant nutrients, which can cause explosive growth of harmful algae. These harmful algal blooms (HABs) are called red, brown or green toxic tides. They can release waterborne and airborne toxins that damage fisheries, kill some fish-eating birds, reduce tourism, and poison seafood.

The problem is very acute in crops grown around contaminated rivers. Case studies of rivers Yamuna and Ganges flowing through the cities have provided glaring evidences of contaminations. There are very few attempts of abatement of these pollutants at sources; or education to handlers of supply chain as well as end users. There is rampant use of pesticides and inorganic fertilisers. A large number of chemicals used in fertilisers and pesticides are environmentally stable, prone to bioaccumulation and toxic — because pesticides can persist in the environment for years, they remains in the environment for longer duration. A large quantity of pesticides of the spray remain in the air, soil or water which have highly deleterious effect on human health and on other organisms. Indirect impact of pesticides on human include consumption of food, as well as from contact of pesticides in the air, water soil sediments and food materials etc.

The drinking water for about half of the population and 95% of those in rural area comes from ground water. According to scientists, groundwater pollution is a serious threat to human health.

Once a pollutant from a leaking underground storage tank or other source contaminates groundwater, it fills the aquifer’s porous layers of sands, gravel or bedrock like water saturates a sponge. This makes removal of the contaminant difficult and costly. According to WHO, 112 million people are drinking water with arsenic level 5-100 times. The 10 ppb standard is found in West Bengal and adjacent water.

Common man suffers the most

Water, although an absolute necessity for life, can be a carrier of many diseases. Most of the pathogens involved are derived from human faeces, and the diseases transmitted by consumption of fiscally contaminated water are called “faecal-oral” diseases. The incidence, prevalence and severity of water hygiene diseases can be reduced by the observance of high levels of personal, domestic and community hygiene.

Some of the common diseases transmitted to human through contaminated drinking water are Bacteria (cause Typhoid fever, cholera, dysentery), Virus (cause Type B hepatitis), Parasitic protozoa (cause amoebic dysentery) and Parasitic worms (cause schistosomiasis).

So, what can be done? Water monitoring technologies should be adapted and applied as per quality norms of type of water usage. Apart from central monitoring, community monitoring is essential to maintain water quality. It is essential to monitor waste water, develop natural treatment technologies for wastewater; and avoid contamination through diffusion. (In developed countries, there are strict codes for sewer lines and water lines so as to avoid contamination through diffusion.

Good quality of water is essential for well-being of human population as well as our environment. Improving water quality, implementing integrated water resources management, and protecting and restoring water-related ecosystems are a few of the targets for the UN Sustainable Development Goal 6: Clean water and sanitation.

One can sustain without a particular food but not without clean water. It is crucial that this issue is addressed by way of management, periodical testing, development of proper quality parametres, education of managers of related departments, building confidence in public, and severe punishments through legal framework that should function as a deterrent for evaders and slack managers.

The writer is a retired IFS officer, former Principal Chief Conservator of Forests (UP) and former National Coordinator, Task Force on Interlinking of Rivers, Ministry of Water Resources, New Delhi