Talktime | ‘I am a well-known beginner’

Talktime | ‘I am a well-known beginner’ 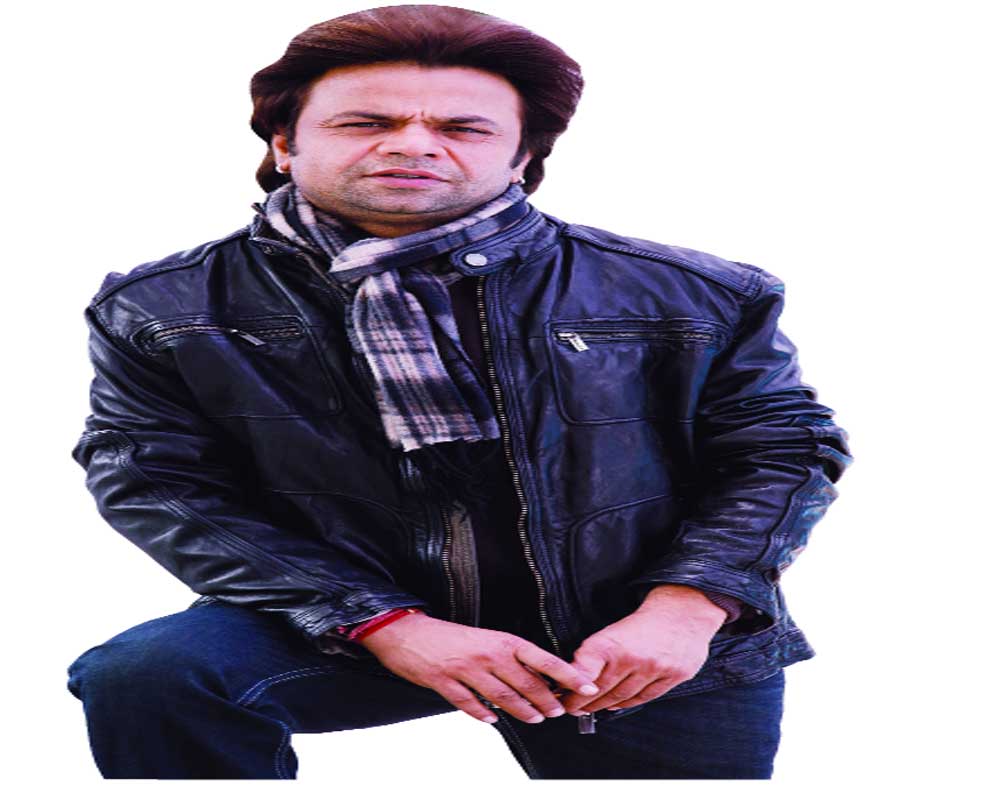 Rajpal yadav The actor who was last seen in Judwa 2 will now be seen in the remake of Coolie No 1 and Bole Chudiyan. Shalini Saksena speaks with him about his acting school, break in the industry and the most fond moment till now

How has your journey been from UP to Mumbai?

Each day has been amazing. From my village Kundra in Shahjahanpur, where I was born and brought up, to a seven-star hotel in a foreign country, I am still there for Diwali every year. It is difficult to say that one was less than the other.

What attracted you to acting?

I had no idea what I wanted to do till I was in Class X. I used to take part in Republic Day school functions. I used to help my father in the fields. I used to help my uncle sell milk during summer vacations. When I came to Shahjahanpur for further studies, people thought I would make for a good doctor. I even studied Biology. But when I had to disect a frog I knew that I would never hold a knife. I was part of local politics and had joined a theatre group and played the character of Govardhan Das in Andher Nagri Chaupat Raja Taka Ser Bhaji Taka Ser Khaja. The play got so much applause that I knew I would only act. Then I joined NSD and after 12 years instead of a doctor I became an actor.

Was it tough to get a break in Bollywood?

Tough is your focus. If Sachin Tendulkar can hit Glenn McGrath for sixes and fours and if a girl with prosthetics can climb Mt Everest, then what is difficult. If you are focussed, everything is easy. If not then we don’t need the adage: Success is based on self-confidence. I have a confidence in myself and been busy since I was eight. As an artist, I am grateful and blessed that I have been able to entertain people.

You are doing a remake of Coolie No 1. Do you think comparisons will be made?

There won’t be any comparisons. There is no right or wrong in this industry. One can be a 6 or a 9. Both are right. New Devdas, old Devdas. Art is art, it is all good or all bad.

What is your role in Bole Chudiyan?

It is not possible for me, at this stage, to say anything about this film. I don’t go after a tragic or a comic role. In films, it is all about playing a character. When I take up a role, I follow the interpretation of what the director wants and play the part that I have been given to the best of my ability. The day I take up a role on the basis of whether I want to do a comic or a tragic role, I will become corrupt as an actor.

What has been your most fond moment till now?

Back in 1997 I was an unknown struggler. In 2019, I am a well-known beginner. Each morning I get up and say ‘I love you’ to myself five times and begin my day with the belief that this day is going to be the best day of my life. I love each day. When I am in front on the camera I enjoy the experience, when I am with children, I love that experience as well.

What is your school about?

It is a moving pathshala. There are millions of children who want to make a career in art which has so many forms including cinema. I want to share the experience that I have gained. I hold five-hour workshops motivating children about the realites of life; to step out of thefour walls of the classroom and step in the four walls of what life is about.

How would you describe yourself?

I am a three dimensional person. I hate it when people ask me to repeat a dialogue from my film. Art is my profession in which I live reel life and not my whole life. When I am not in front of the camera, it is my desire to prove that I am not an actor. What is comedy for others, I call it entertainment. There are so many thoughts in us related to the society, politics, nation and even world. We want to express these as well. It is not always about our professional lives. We need a break from acting.Rajpal yadav

The actor who was last seen in Judwa 2 will now be seen in the remake of Coolie No 1 and Bole Chudiyan. Shalini Saksena speaks with him about his acting school, break in the industry and the most fond moment till now