Talktime : ‘I believe in repeating my outfits’

Talktime : ‘I believe in repeating my outfits’ 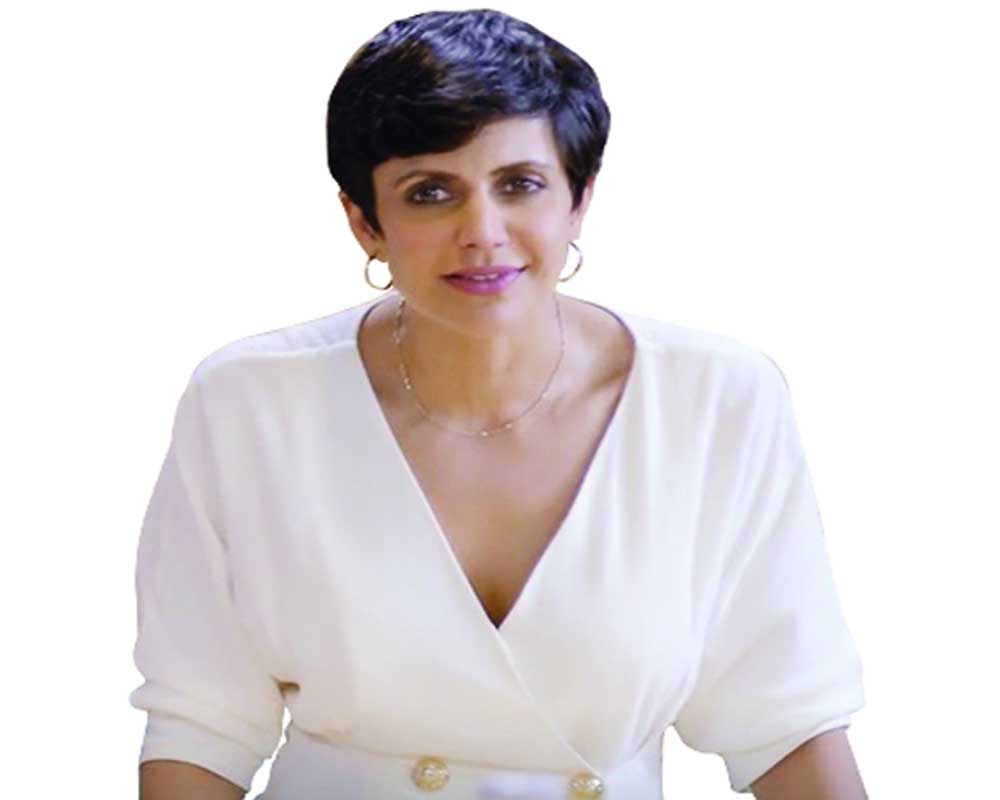 Mandira Bedi | She is fearless and a self-made woman. Having played so many roles and experimenting with genres, Bedi feels fortunate to have completed 25 years in the industry. She speaks with Musba Hashmi about her journey and new projects

What is your role in Thinkistan 2 about?

I play Anushka, who is the head of an advertising agency. She is positive and the most likeable character that I have ever played. She is an encouraging and motivating boss. She doesn’t take credits of her own ideas instead give it to the youngsters, just to give them a push. She is the kind of boss that I wish I had in my working days. She is the character who is loved and talked about positively even in her absence. Everyone in the organisation likes her. She is good at everything she does and have the ability to create something out of nothing. She believes in empowering the younger generation in the agency.

What prompted you to play Anushka?

When Paddy ( N Padmakumar, the director) came to me with the script and narrated the story to me, I was sure of taking up the project. When he told me about the character — Anushka, I loved it and was excited to play it. These days I am being offered the roles of either a gangster or a cop and this was different. And as I mentioned earlier, it is the most positive character I have ever played so there were no reasons to turn it down.

You debuted with Shanti (1994) on Doordarshan. How did you come on board for the show?

I never thought of becoming an actor. I was a media student. My first internship was in an advertising agency with an ad filmmaker, Prahlad Kakkar. I wanted to figure out what would work for me — writing for an ad agency or making ad films, which was the field I was interested in. It was pure destiny that Prahlad Kakkar was also the director of Shanti. He was looking for a girl to play the lead. I was not from an acting background but he approached me for the role. They called me for audition and I knew that it would get me no result because I am not an actor. I went for it just for the sake of exploring the process. After three rounds of auditions, I got selected for it. This is how I decided to go down the path of acting.

How do you look at your journey?

I am blessed and fortunate to have completed 25 years in the industry that too in the entertainment field. Women do not generally have a very long shelf life in this industry. I just believed in going with the flow. I only thought  that as long as I am getting work it’s more than enough. There were both ups and downs. There were time when great work has happened with me and there was time when it was lull, but I have never been jobless in these 25 years. I was doing one thing or the other. In between, there was a time when I started hosting cricket shows. I have done more than 200 corporate events so it has been great. All these years have been a blessing for me.

If I tell you in a gist — my 20s went in thinking ‘oh wow I have entered the entertainment industry’, my 30s went in insecurities thinking that ‘ab yeh sab khatam honey wala hai’, my work is going to end now and people will stop giving me work. And my 40s right now is all about self-love, security and I know I am going to work for another 15-20 years from now.

Rejection is a part and parcel of acting. How was the case with you?

Absolutely, rejection is a part and parcel of thin industry. I am fortunate enough to haven’t faced any because I was offered roles that I fitted best in. But, if I had to go through auditions, I know I would have failed. I am very bad in them. Even now, if someone would ask me to audition for something, I will fail badly in it. (laughs)

What things do you look out for before signing a project?

The only thing I see is not to take up similar roles. Though I have been playing a lot of cops and gangsters but this is the only thing I keep in mind. And now also if someone will offer me to play a cop and hand over a gun to me I would take up that role immediately. (laughs)

What does fashion mean to you?

Fashion means something that you can wear for months and even years without it being getting outdated. Fashion is about the classics and something that is for long term. I don’t believe in wearing clothes for just once, it’s a horrible thing to do. I believe in repeating my outfits, that’s fashion for me. Recently, I wore my reception outfit from Ritu Kumar on a friend’s wedding ceremony. And I love doing this. You can’t buy clothes that you will never wear again. If we are investing so much in clothes we should atleast get a wear out of them. Even the sarees that I design today are good to go for a couple of years. Sarees usually don’t get outdated but the blouses, neckline, helm and everything that I design is with a mindset that it should be good to go for a couple of years from now.

A role that you would say no to?

Anything which involves nudity, I would say no to it.

My Tamil film will release soon. I am also shooting for a Telugu film — Romantic. I am playing a cop in both of them but they are two different characters. Then Sahoo has recently released. That’s all for now.