Talktime | ‘I don’t read my scripts’

Talktime | ‘I don’t read my scripts’ 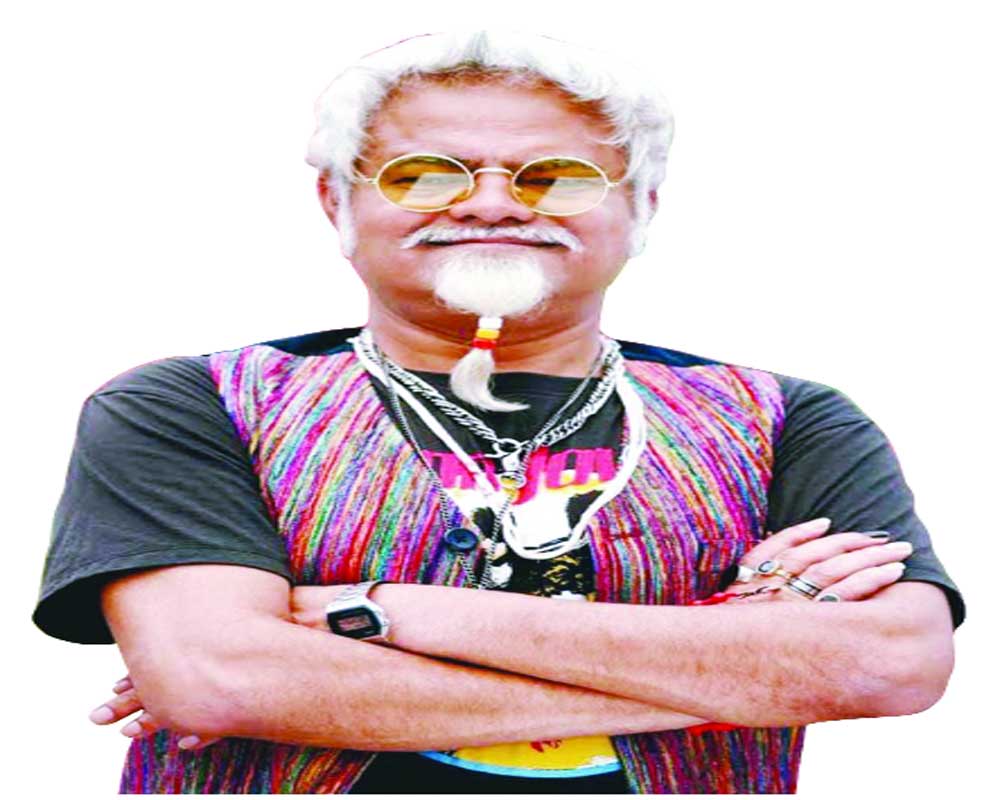 Sanjay Mishra known for his one liners rose to fame as Babli in Golmaal. He then went on giving stellar performances in films like Masaan, Dhamaal and Welcome. He speaks with Musba Hashmi about his debut and best moments of his journey

I was studying in National School of Drama (NSD). A couple of months before passing out, I got selected for DD National’s historical drama — Chanakya. I was offered the role of Nipunak. When the team came to our institute they were in search of some fresh talent and they selected a few people from my batch. This is how I got my first role.

Yes. It was day one on the sets and my first shot. It took me 25 to 28 takes for a scene. The scene was that I had to imagine a finger as my mother and had to read out the dialogues. It took forever to shoot the scene. I was facing the camera first time. I didn’t know how it worked. Acting for shows or films is very different from what we do on stage. Though, I had done all my preparations, I had read the script thoroughly before going to the sets, but nothing worked. The people on the sets started questioning my acting skills. I heard taunts like pata nahi kesey kesey log NSD se actor ban kar nikal kar aatey hain, kuch aata jata hai nahin inhey, kyon aagayein hain. But, it didn’t demotivate me. Instead, I feel fortunate that I didn’t receive appreciation for acting back then. Because if I would have then I wouldn’t be here today. I would have become overconfident. From that day I have stopped reading the scripts, I have cut short the expenses related to preparing scripts. (laughs)

I am a born artist. I was confused of what to choose — music or acting. I was in search of the right path. It was all of a sudden when I realised that I am an actor — a lazy one. I thought if I will go in the music industry then it will take me at least 15 years to make a place for myself and it was uncertain. The easy way out for me was to enrol myself in short plays and then it got me interested in acting.

Yes. My whole family was very supportive all through. They still are. In fact, there was a time when I was not willing to leave Delhi to shift to Mumbai. Then my family thrashed me and sent me to Mumbai. (laughs)

I came to Mumbai with only one thing in mind that I need to explore cinema. It wasn’t like that I had to become an actor. It was only my love for cinema that took me there. I wanted to explore the industry. For this, I was willing to do anything — from being an art director to a camera person to an editor, I was open for everything. Also, I had to earn a living.

First and foremost the director. As I mentioned earlier, I don’t read the scripts. I go by what the director is saying. If there is a good director for instance say Satyajit Ray, then he will make you visualise the whole film with his narration. There will be no need to read the script. Second, I see what my character is about. I don’t go for big banners like most people do. The commercial value of the film doesn’t matter to me, the story does.

I don’t have words to describe that moment. I was always a fan of Mr Bachchan and when I was offered to stand with him in the ad, I was on cloud nine. I remember the product was Mirinda and I was calling it Meranda. Then, Mr Bachchan stopped and asked me if I was from Delhi. I said yes and he replied tabhi aap Mirinda ko Meranda Meranda keh rahe hain. The other funny moment was when I reached the sets, the first thing that I did was to touch his feet and said ek hi ichcha thi ki marney se pehle aap se mil loon. To which he replied kiskey marne se pehle. And we both burst into laughter. I remember after the shoot, he said that I was good and I felt like recording his words but sadly we didn’t have voice recorders in mobile phones back then.

Yes. I am highly obliged that the film received a National Award. The film is about the scarcity of water. It was a small initiative to brought the issue to light. It is everyone’s duty to do their part and save nature. Few months back, I also did a film called Kadwi Hawa. It was on pollution. There is a need to make more films on social causes to create awareness. I am glad that my work has been recognised but there is much more that the Government should do to help tackle such issues.

I am shooting for 108 Maryadit. It is the most challenging project for me till now. However, when I take up a new project mujhe bukhaar chadhney lagta hai, ki yeh kya musibat apney sar le li maine. Then there are Bhot Hua Samman, Color Black, Gwalior, Death On A Sunday and #Gadhvi in the pipeline.