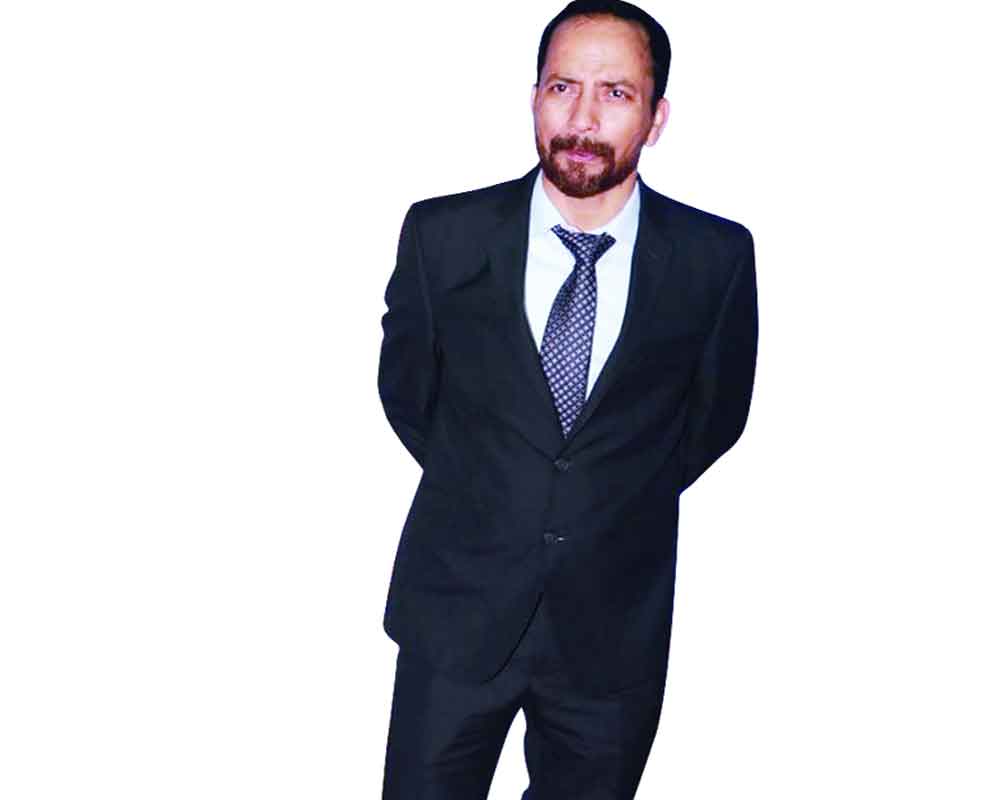 Deepak dobriyal He is known for his roles in films like Omkara and Tanu Weds Manu. He speaks with Musba Hashmi about how he decided to become an actor, his dream role and a change that he would like to see in the industry

Not at all. It was interesting to play such a character. I didn’t face any challenges. Even my costume was well-designed and my look was perfect. All this helped me a lot to get into the skin of the character.

I was extremely expressive since childhood. I had the calibre of making people laugh and cry with my actions. After completing my studies, I wasn’t sure of which field to opt for. Some of my friends became doctor and some went for journalism so I thought of utilising my best quality and give acting a chance.

My mother was happy. She likes everything that I do. But, my father didn’t like it. He always asked me to leave acting and come back. He wanted that I should look for a stable job. My neighbours used to make fun of me. They used to say things like akela kahan ghumta rehta hai, subah nikalta hai raat ko aata hai and what has he done to himself. There was no support at all. But as they say after every storm comes clear skies so was the case with me. Once I entered Bollywood, everyone’s behaviour towards me changed manifold. Now whenever I visit them, it’s like a festival for them. They all have framed my photos and put it on their wall. Also, the rigid mentality of only taking up the conventional career path has changed there. The youngsters from my area are now trying their hands in singing, dancing and other fields and the society is supporting them. They see me as an example. All this makes me feel happy.

It was a funny incident. One day my roommate told me that there was a casting process going on somewhere and one of my friend Honey was in the casting team. So he asked me to speak with Honey and see if there’s any role for him. The deal was that the night’s dinner was on him. I immediately said yes and we both went to Honey’s office. After we reached there, Honey asked for a photo of both of us and went on to show it to Vishalji, a casting director. Vishalji came outside and told me that he was looking for an actor who could play the role of Irrfan Khan’s right hand in the film, but there’s no dialogues for the character. He asked me if I could play it and I said yes. That’s how I got my first project. After that my friend taunted me a lot and asked me to thank him. (laughs)

Some people tell me that this is not where I should be, I deserved more and I should have been on a different level. But, I am happy with wherever I am and whatever I have. If I was on a higher level then probably things would have been more complicated. And once you reach a higher stage there’s a certain kind of pressure on you.

You may feel that I don’t deserve this or I know nothing. So it’s better to stay grounded and be satisfied. Mujhe jitna aata hai uss hisaab sey main ekdum theek hoon jahan bhi hoon. This way, I am learning every day and I am enjoying it. My priorities have changed now. Earlier, it was to look for good work. Today, I am looking to do different work.

Not really. In 2007-08, I started saying that I want to do biopics aur woh sabney kar liya except me. Since then I decided not to look for anything specific. The industry typecasts you. To avoid this, you have to take the initiative of showing all your shades. Moreover, if you are an outsider, you won’t get served everything on a platter. You have to struggle your way.

There should be a royalty system in the industry. Whenever a film earns profit, a part of it should be given to the cameramans, spot boys, makeup artists and others. Otherwise only the big names will benefit from it. As for us also, we are not at a stable position. We don’t have any funds or any extra income. Here the easy way out is to enter politics or start your own business. Once you do this, art becomes secondary for you. Your focus shifts to remain politically correct. I don’t want to enter politics. To avoid this, some percentage of the profit should be distributed among the whole team associated with the film. This will encourage them to work with greater enthusiasm and put in more efforts in their work.