Talktime | ‘I don’t want to get restricted as an actor’

Talktime | ‘I don’t want to get restricted as an actor’ 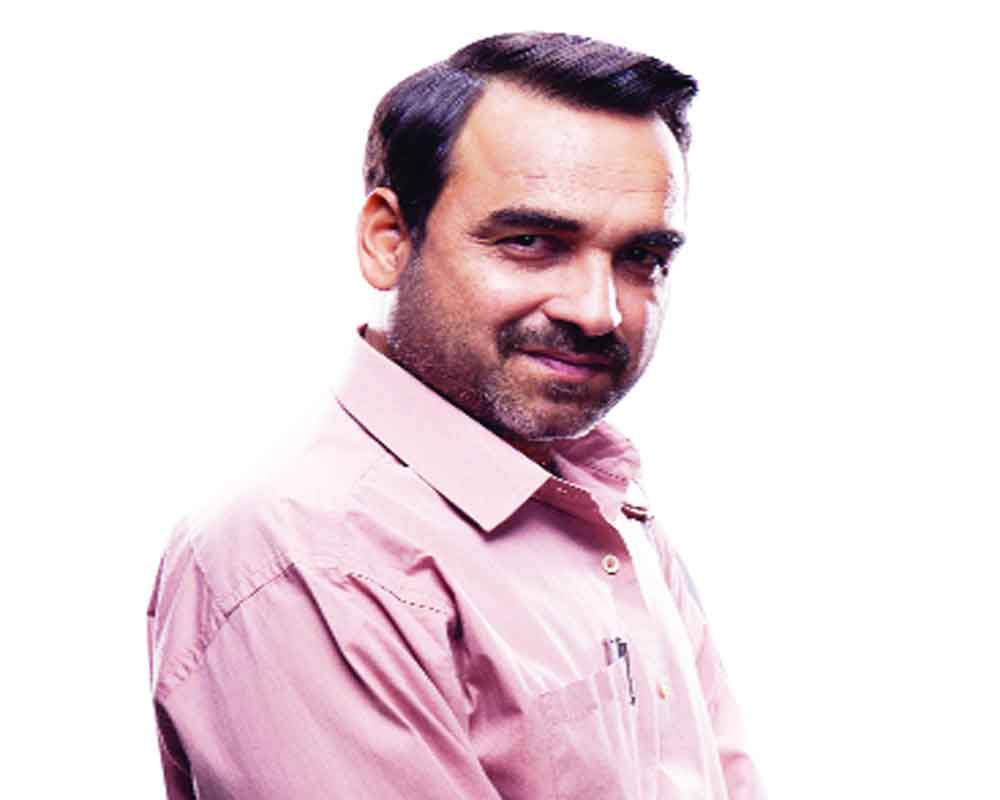 Pankaj Tripathi | He rose to fame from Gangs of Wasseypur and Mirzapur. Tiwari speaks with Musba Hashmi about his journey, some behind the scenes moments, transition from serious roles to comic ones and upcoming projects

How was the experience being a part of Criminal Justice?

It was a brilliant experience. When Shridhar Raghavan (writer of the show) and the BBC team came to narrate the story to me, I liked it. They told me that it is a remake of the original BBC’s TV series with the same name. But I said that this will be an original story for me. I met with Applause Entertainment’s team. The team and the story was brilliant. Also. Vishal Furia and Tigmanshu Dhulia are some of the favourite directors of mine so I enjoyed working with them. They gave me a lot of space to experiment with my character — Madhav Mishra —and play it in a way that I wanted.

Did you imagine that the series will receive positive response?

When we were shooting we didn’t know on which platform it is going to be aired on and what its reach will be. But, the day it was announced that it will be aired on Hotstar, we all knew that it will reach out to the maximum audience. Now, our show is the most watched show. I received a lot of positive messages from people for the show. Madhav’s character is subtle and layered. When people liked it so much, I realised that our audience is mature. They understand the internal conflict of the character without much efforts of the performer.

I enjoy a lot on the sets. I remember Anupriya (who plays Nikhat Hussain) used to laugh at my funny antics in between her shot. Another time, there is a line in the second episode: ‘Arrey suniye suniye sister Mandiraji face se badi young dikhti hain’. Mandira (played by Mita Vashisht) laughed at this. This line was not a part of the script but the team kept this shot in the series.

Then there was a scene where I take her to a shady bar. She asks me: ‘Aap yahan kyun late ho’. I reply: ‘Yeh log chakhna (channa) aur salad free mein dete hain isliye lata hoon.’ She started laughing. I am a very happy-go-lucky and a talkative person.

You are receiving a lot appreciation for your work. What’s your reaction?

There is a scene in Criminal Justice where I visit a psychiatrist and he asks me: ‘Kuch hua tha kya.’ I reply:  ‘Yes, I lost a case recently.’ Then he asks: ‘Kaisa laga tha’ and I replied bohot acha laga tha and I am looking forward to losing more cases in my career, suna hai bohot anand aata hai. (laughs)

So, I am in the same situation now. It is a wonderful feeling, but the responsibility has also increased now. I am afraid — how will I handle this love because extremes of anything is not good.

How has the journey been thus far?

It has been an interesting one. I have seen both ups and down. It is just like going deep into the sea, where you don’t know if there is a high tide or a low tide, weather is good or not, is it a cyclone out there or a wonderful blue sea for the pleasure of the eyes. My journey has been the same, I didn’t know what’s ahead for me. This is life and everything was important, be it the good days or the bad ones.

If you have asked this question 10 years back, I would have said ‘acting is my oxygen.’ But, now acting is work, I enjoy doing it and I am paid well for it. Acting is now secondary for me, my priority is my family. There is a feeling of relaxation, satisfaction and happiness which only an actor can understand. It comes between the words — Action and Cut. This feeling can’t be put into words, it is beyond any description.

You have done a lot of varied roles, from grey characters to comic ones. How hard or easy is it?

It is both easy and difficult. It depends on how strong is your craft. It becomes difficult to maintain that uniqueness in all your work. But, if you have a good hold on your craft then it becomes easy.

Was it a conscious decision to experiment with varied roles?

Yes, of course. Initially, I didn’t have many options so I did what I got. But now when I play a couple of serious roles, I feel like I should do a comic role too. I don’t want to get restricted as an actor or typecasted. I just want people should remember me and my work.

What else is keeping you busy these days?

There is too much work and I am dying to get leaves. I am doing Mirzapur 2, 83 (directed by Kabir Khan), Angrezi Medium (directed by Homi Adajani) and many others. Also, Criminal Justice’s hangover is not over yet. There are like 40 directors who are following up with me. They want me to at least listen to the story once. I am feel embarrassed that I can’t find time for them. There is a fear inside me that if I will do a lot of work, I may become boring for the audience.