Talktime | ‘There’s no livelihood in theatre’

Talktime | ‘There’s no livelihood in theatre’ 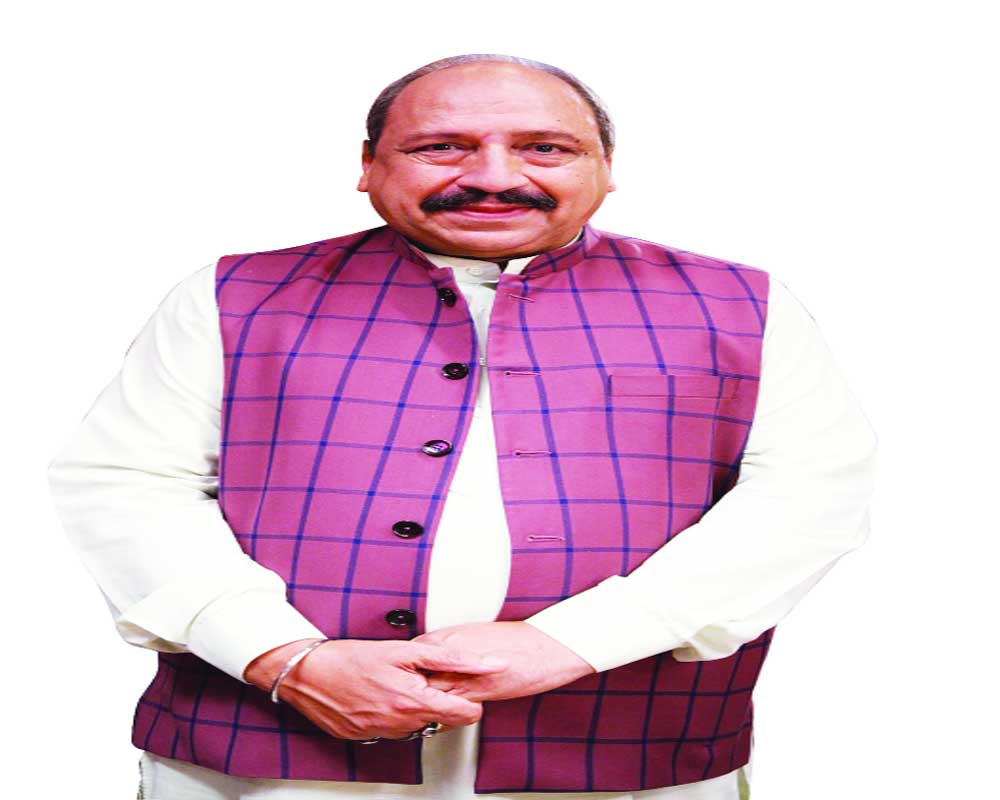 Sudhir Pandey | Known for his roles in Bombay Talkies, Batti Gul Meter Chalu and Toilet: Ek Prem Katha, Pandey has earned his place in the industry. He shares with Muskan Bakshi his experience, favourite movie and his free-time dos

It all started with radio. I was born in Delhi. At that time there was only radio and cinema for entertainment. My father used to work as a host for All India Radio. I grew up in an environment where radio was a must. So, that got me interested. With radio, I did theatre also. After completing my studies, I decided to take up acting as a profession. There were no shortcuts, I knew nothing about how the industry worked neither did I have any Godfather in Mumbai. I decided to pursue graduation from a film institute. I got a chance to do a TV play for Doordarshan. That was the beginning of my career. I start getting more roles and entered into mainstream cinema.

Which movie came close to you?

Toilet: Ek Prem Katha. The film has a special meaning. Sanitation is a big problem in our society. This movie throws light on this issue. I like the kind of movies which are made for a social cause. The movie is an inspiration for all those people who are against making toilets in their houses.

How do you think we can overcome these challenges in real life?

Cinema is playing it’s part by making movies such as Toilet..., but the responsibility lies with the society. It’s our duty to spread awareness. It is the key to stopping beliefs that building a toilet at home is wrong. Making such films will help overcome various maladies in the country.

You did TV, theatre and films. Which one do you prefer the most?

I am still doing theatre. It is close to my heart. It is something I don’t want to leave. But, there is no livelihood in it that is why I not able to make it my priority. As an actor, my priority lies in films. Because it has a wide reach and if we perform good then our performance has archive value. Nowadays, people want to see old movies. They are stored for the long run. But, in TV once the show is finished people forget your character. That way, I prefer cinema.

When you are not shooting, what keeps you busy?

I like to travel in my free time. I love cooking and experimenting with new recipes. I like to read poetries and shayaris too.

What is your take on kind of films being made today?

There are two types of films being made. One is for purely commercial purpose that revolves around singing, dancing, romance, fight and action. Second is content-oriented films. The movies that have a social value like Toilet Ek Prem Katha and Article 15 to name a few. The one thing that I like about today’s cinema is that the focus has shifted to making content-driven films that are real and talk about the social issues.

What is your character in Ishaaron Ishaaron Mein, the TV show?

I play Raam Lal Srivastav aka Dadaji, Yogi’s grandfather. Dadaji is very emotional. He always engages in small fights with his wife which shows how much he love her. He is caring and believes in keeping the family together.

First, the story. Second, the channel on which it is aired — SET. Third,  this type of story is never been told on TV before.

Any plans to step into the digital space?

I will be definitely interested in doing web series if a story on a good subject comes up. Digital space is booming. If I am offered a good dramatic character then I will not turn it down. I will grab the opportunity with both hands.