The Business of Karma

The Business of Karma 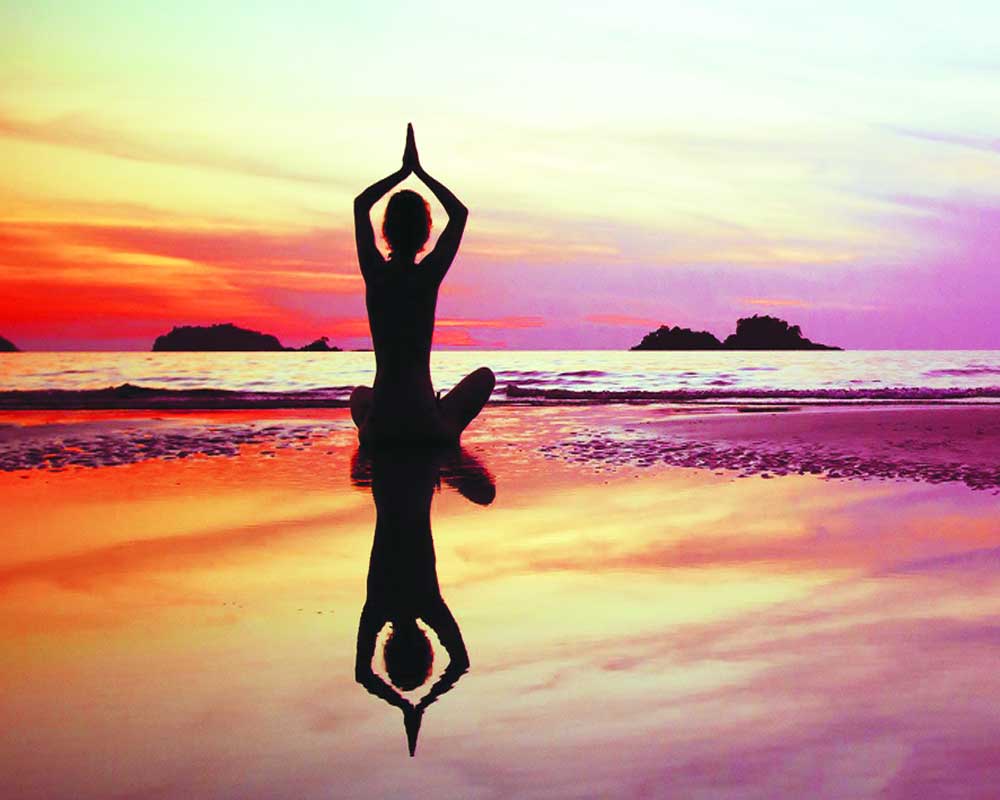 The business of karma is viewed differently by different people, showing a change in attitude as you walk through each successive door of realisation, writes Hingori

There’s one form of wealth we don’t often talk about, the one that follows you to the other side of the light —karma.

You know you have tuned into the concept of karma when the realisation dawns upon you that you owe a debt to every life form that served you in any way: plants, animals, your parents, your teachers, everyone. Our karmic record is analogous to a balance sheet, where every positive deed accounts for credit and every negative deed we perform adds to our debt. These debts and credits fructify in our present life or future ones determining the quality of our lives, allowing us to repay debts and savour the credits.

When you delve deeper into the concept, really start performing good deeds, you feel good about it. The spirit within finds it easier to connect with the physical-self because it finally sees itself being benefited as all the accrued positive karma overshadows the negative. That would result in the physical-self experiencing many more, good times than tough ones in the fructification of that accumulated karma in this life and future ones.

Deeper still into this concept, you stop seeing it as generosity on your part or a profit venture for yourself. You consider it to be more of an opportunity you were given, something to be grateful for. Yes, show gratitude for the chance to be kind and generous.

Finally, when you have fully understood this business, you begin to view karma objectively. Say for example, you feed a hundred homeless one day, you will realise it was in their destiny to eat that meal and some way or the other it would have been provided for. If it hadn’t been you, someone else would have fed them, making you just the medium through which their destiny was fulfilled and nothing more. At this point you realise that the credit for this karma is not yours for the taking. It works the same way for negative karma as well, that is, the guilt too is not yours to shoulder, destiny has a plan to play out, and in that, you are only a pawn.

And just when you feel you have reached the very core of this concept and understood the business, you realise that it was all a façade under the veil of maya, the physical world. When you lift that veil and look at karma, you now see it not as acts of generosity but as an act of necessity. It stops being an act of selfishness and becomes just a plain habit. And that habitual karma though helps others as designed to, stops affecting the spirit, it becomes an unselfish act so to say, and such an act in Hindi is called Niswarth Seva. You are no longer the doer, you have risen above karma.

This also brings us to a poignant question — is there an easier formula for diluting doer-ship?

Do not take ownership of any of your actions! Since, they were acts of destiny (even though they were a fructification of our earlier deeds), you do not need to hold yourself responsible for what has been programmed to happen. It is the fruit, not the root. You need to take the ‘I’ away from the deeds. Be detached from it as it is not of your initiation. You are only a witness to the act, so why become the owner? Most evolved souls have stated that what they do, they do in the name of the Supreme Consciousness. Some may have called it ‘Father’, others used the term ‘God’, but none of them claimed that they as individuals were the doers. At an advanced thought process, they identified with the Supreme and their ‘I’ became the ‘I’ of oneness with the whole. “In the name of the Father ...” Krishna used the ‘I’ in context to aham brahmasmi or ‘I am that’. The eternal truth is that in every form lies the same God particle and each of you is the God above (God knows why above). Realising divinity within yourself is enlightenment. Or at least a giant step towards it!

Achieving the above requires the kind of purpose and perseverance displayed by Buddha and other saints of that stature. This can be achieved in parts, over a period of several lives. The effort must be a sustained one.

It is a common thought that anything impossible to achieve is unproductive to try. But the lives of great people and their experiences prove this to be redundant.

We need not compete with the prophets and saints, but even they evolved in stages and took several lives to step outside the circle of maya.

Most of the spiritual teachings are easy to listen, and to some extent understand, but difficult to accomplish. So, if you can give up taking ownership of all your actions, including the good ones, you have a chance to attain spiritual heights.

To conclude, if you can give up ownership of karma, do it. If you can’t, take the easier path and just plaster your negative karmas with an overload of positive ones, so that in relative comparison they are much less and you can have a better life or lives in the future. This is solely because our destiny is created by our previously accumulated karmas. The form of storage is called samskars.

If you don’t care for either of these methods you can carry on and be as nice as you can as there is hope. I too hope that at the end of this article, you will find that a part of this resonates. If so, the purpose is accomplished.

If you see reason that good karma is worth your investment of time, money and inclination, then several life forms will be benefitted.