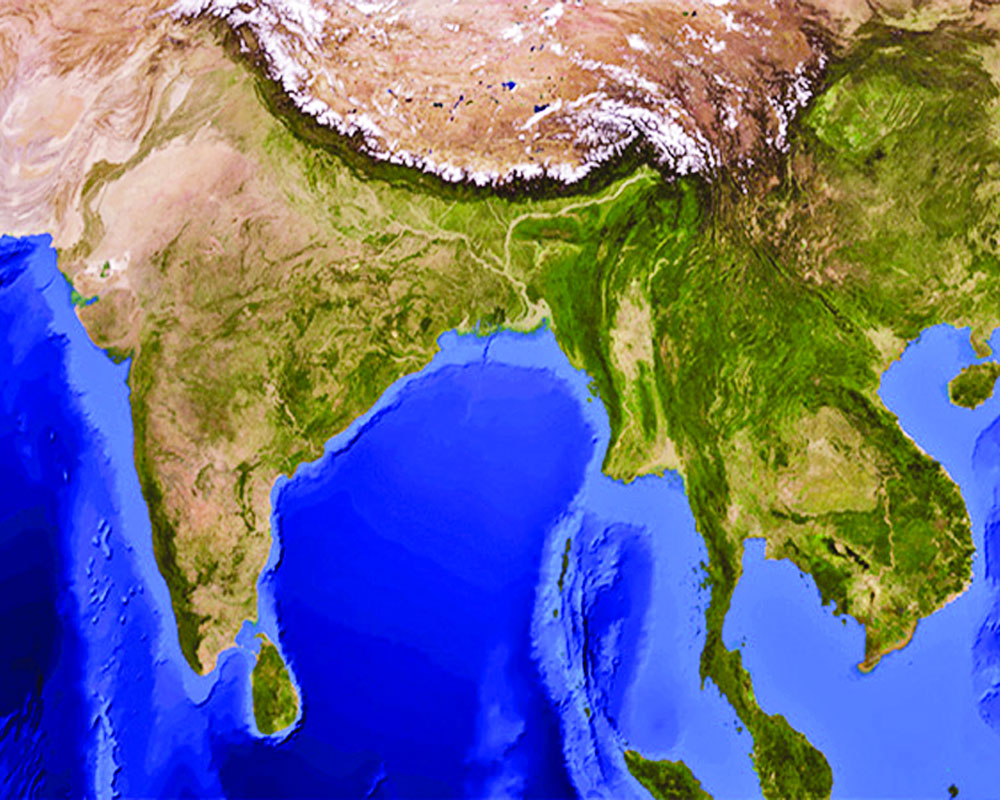 In the recent years, the Indian Ocean region has once again become an arena of strategic competition among extra-regional and resident powers. The emergence of China and India as rising maritime forces and the relative decline of the US pre-eminence in the recent past have altered the power equations in this region continuum. After the withdrawal of the Soviet Navy in the early 1990s, the US emerged as an uncontested maritime power in the Indian Ocean, and other regional and extra-regional powers could frame their Indian Ocean policy broadly in the ambit of the American ascendancy. However, in recent years, the power equation has gradually shifted as China, India, and Japan’s naval potential has grown, repressing the US naval dominance. In the early 1990s, besides the withdrawal of the Soviet Navy, the Gulf War I and liberalisation of the Indian economy created an opportunity for India to alter its Indian Ocean policy. India began to downplay the idea of the Zone of Peace. Reversing the Cold War policy, India began to engage major powers and other littoral states. Instead of isolation, New Delhi began to pursue the policy of engagement.

The book, India’s Ocean Neighbourhood: Narendra Modi’s Strategy Initiatives, written by SV Seshagiri Rao is an attempt to assess India’s changing strategy towards the Indian Ocean region: How India’s maritime strategy could not succeed in getting any prominence in Jawaharlal Nehru’s strategic thinking; and how under the leadership of Prime Minister Narendra Modi, the region is now gaining importance in India’s foreign policy calculus. The author writes that with the passing away of Sardar Vallabhbhai Patel, the Indian Ocean lost its importance in India’s strategic thinking. And for many years during Nehru and Indira Gandhi’s era, the South Block worked deliberately to refute the country’s strategic advantages due to the long coast lines. Rao writes, “Until 1958, the Indian Navy was headed by British officers. During this era, the vision of Navy was just confined to coastal waters. The college of Naval Warfare was established only after 40 years of Independence!” Indian policy makers, occupied with a continental mindset, were unable to recognise the strategic and economic importance of the Indian Ocean region.

The recent endeavours of China in the Indian Ocean region suggest that it is set to emerge as one of the key potent actors in the Indian Ocean power politics in the coming decades. For the first time in the modern history of Indian Ocean politics, the regional states — India and China — are not only prepared but also capable enough to play key roles. Since the 15th Century, the extra-regional players with colonial and imperialistic notions managed to dominate the Indian Ocean, with the regional players and other littoral states driven to the fringes. Although many factors have played an effective role in enhanced strategic rivalries and cooperation in the Indian Ocean region, resource has been a key factor. Middle East oil was one of the key factors behind the US- Soviet Union rivalry in the Cold War period, and now again, resource and maritime trade are compelling China and India to enhance influence in the region.

Underlining the strategic importance of Andaman and Nicobar Islands and Lakshadweep Islands, the author writes that India has potential assets in its water as Eight and Nine Degree channels. These islands need to be transformed into strategic assets to enhance India’s influence in the Indo-Pacific region and protect it from adversaries. By recognising the strategic and economic potential of Andaman and Nicobar Islands, the Government of India aims to transform these islands as important centres of India’s security strategy and a bridge to connect South and South East Asia, and also to enhance India’s maritime influence in the eastern Indian Ocean region. Rao also argued that “the radicalisation of Jihadis in Maldives and their growing hostility towards India requires much stronger force deployments in Lakshadweep to tackle multi-dimensional threats”.

Analysing India’s naval capabilities, Rao writes, “There are huge gaps in the required capacity and capability of the Indian Navy if it has to perform effectively the crucial task ahead in the Indian Ocean and Indo-Pacific region. The nation is more than a decade behind in procuring and building state-of-the-art naval craft.” He writes that the plan “strategy for force build-up” or the imperative diplomatic initiatives for achieving the goals of the “maritime strategy of 2007” remained only on paper until the Modi Government took it seriously. The author writes, as suggested by experts, Indian security concerns can be effectively taken care of by having three aircraft carriers and at least five nuclear submarines.

The Modi Government’s initiatives to bring back Maldives and Seychelles into India’s sphere of influence are candidly discussed in the book.  Rao writes, “In a significant shift in strategic approach, PM Modi was able to convince Seychelles for India’s naval base in Assumption Island during his visit to Seychelles in March 2015. Yes, there are hiccups, but the diplomatic initiatives are in the right direction.” During the same visit, Modi outlined a strategy of enhanced engagement with the Indian Ocean’s littoral states. Maritime safety and security and sustainable development have emerged as the key vectors of India’s Indian Ocean policy.

“To me, the blue chakra or wheel in India’s National Flag represents the potential of Blue Revolution or the Ocean Economy. That is how central the Ocean Economy is to us,” Modi had said while commissioning the Offshore Patrol Vessel (OPV) Barracuda in Mauritius on March 12, 2015. This clearly reflects the Government’s commitment to develop the Blue Economy as one of the key vectors of India’s Indian Ocean strategy. To attain the key objective of development with environmental sustainability, India is looking forward to enhanced linkages among various sectors of the Blue Economy and enhanced cooperation with Indian Ocean littoral states. India is cooperating with Seychelles, Mauritius, Maldives, Bangladesh, and Sri Lanka to promote Blue Economy in the region.

During the International Fleet Review in Visakhapatnam on February 7, 2016, the Prime Minister said, “The Indian Ocean region is one of my foremost policy priorities. Our approach is evident in our vision of ‘SAGAR’, which means ocean, and stands for ‘Security And Growth for All in the Region’. We would continue to actively pursue and promote our geo-political, strategic, and economic interests in the seas, in particular the Indian Ocean.” Modi has always stressed the need for greater engagement with Indian Ocean littoral states.

The utility of Rao’s book could have enhanced with the inclusion of a chapter on Indian Ocean regionalism. The Pan Indian Ocean grouping, Indian Ocean Rim Association (IORA), since its establishment in 1997, was missing required collective actions to pursue its objectives and execute the decisions taken during the IORA Council of Ministers meetings. Learning from its mistakes, the IORA is now imparting the much needed attention to implement the IORA Action Plan (2017-21) — the first action plan since the establishment of the association 21 years ago. It can be perceived that some key issues — such as promotion of multilateralism, reform in the IORA’s institutional structure, sustainable development and responsible fisheries management and development, maritime safety and security, Blue Economy, women’s economic empowerment, and tourism — will gain focused attention in the future.

A key facet of the book is the series of maps and diagrams accompanied with detailed information of the subject. However, some chapters linked with the Indian Ocean strategy and economics lack in-depth analysis. The book also lacks serious conversation on the Cold War power politics, current strategic scenario, India’s policy options, regionalism and sub-regionalism, and the idea of Blue Economy in the Indian Ocean region. However, this is a must-read book for scholars who need detailed information regarding the Indian Ocean geography, marine resources, maritime disputes in India’s neighbourhood, and India’s outreach to the Indian Ocean and Pacific regions. It will also be useful for scholars and students of international politics, Indian foreign policy, and maritime law.

The writer is a Research Fellow at the Indian Council of World Affairs, New Delhi