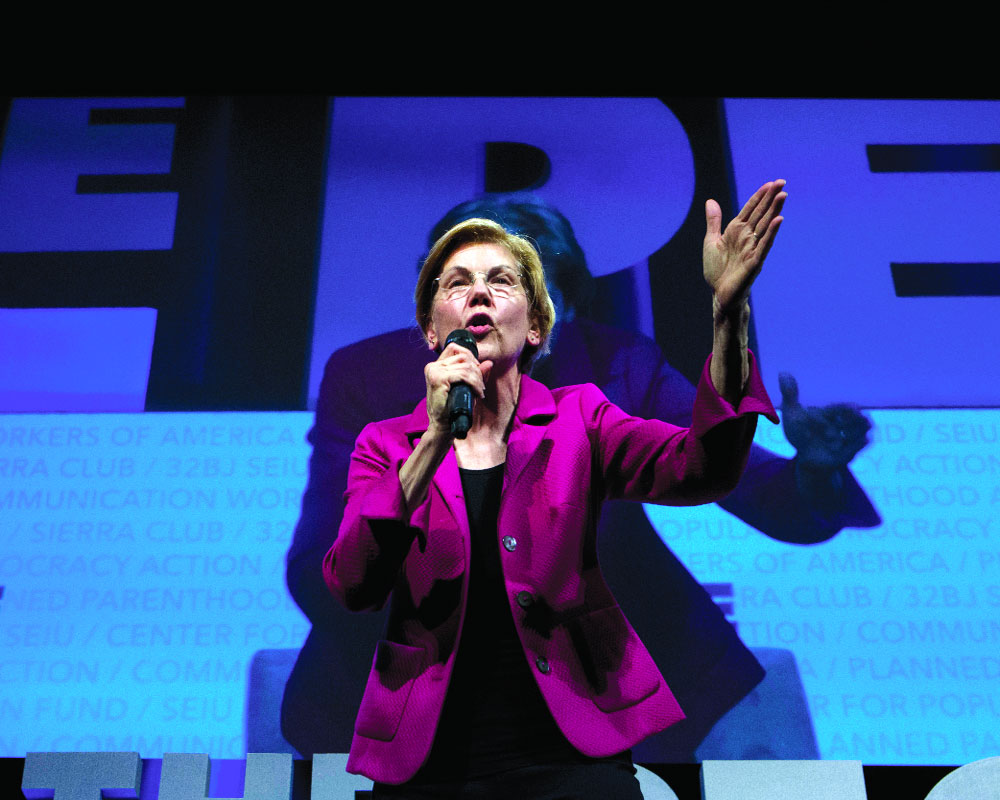 After screening the American media, it can be surmised that there is an awful lot of innuendo and subterfuge surrounding the Russian connection of President Trump and the doughty Republicans. But it would be preposterous to contend that Trump is a Russian agent as the alternate media in the US has repeatedly arraigned in its cantankerous cacophony

What about the competent authority? Where is it? Are they all set to slay United States President Donald Trump but something is definitely in the offing! The competent committees in the US has already absolved the Trump Presidency of the alleged grim crime of conniving with the Russian establishment, their espionage and industrial-financial sectors to romp home a vaunted victory over the Democrats. With a large bevy of women candidates entering the fray for the “US Presidential” race such as Kamla Harris and Julia Gabbard, personages such as Joe Biden need to tighten up their hugging and felicitation acts with the eminent ladies in the American political firmament. Paul Manafort might be the personage to go-after but the American judicial apparatus has given a clean chit to President Trump.

Akin to the tryst with Brexit accompanied by UK Prime Minister Theresa May in Britain, it is a rather tall order to bid adieu to the conservative and the “WASP method” in the American homeland. No clear cut linkage has been unearthed by the Congressional and investigative committees along with the work carried on by the Consul, Robert Mueller. Despite consistent haranguing by the Democratic apparatus, President Trump’s paraphernalia has survived and has registered quite a few successful vantage points both in the sphere of domestic polity and global politics/foreign policy of the US. Before an electoral travelogue may be written, one can shed light upon how the frequent changes in the Capitol Hill has evaded rational explanation; but President Trump must have had plausible reasons to go ahead with toppling of positions in the Government. All in all, the Russian connection has not been established though, its blithe and rote filibustering has definitely soured the pitch for the President.

The strain in the some segments of US mainstream media have centred around the ministration to spawn a “Putin scratch Trump’s back” approach which is largely posited on a gladiatorial media complex.  Lampooning Russian President Vladimir Putin and President Trump as oligarchs par excellence, involved in a global staging exercise of international proportions, has been the provisional pout of some of the media and has had an impact upon the health and larger visage of the Trump Presidency. Still, what needs to be realised and understood is that the United States is no simpleton oligarchy devoid of a vibrant, dominant democratic and egalitarian political culture. Industry does domineer in the land of milk and honey, but is not the sole purveyor in economics and public opinion in the larger American state. Russia is on the rebuild, tangibly and psychologically as a European empire. But the US is no banana republic or a tin pot nation as some soulful observers pinpoint about the follies and fracas of the hidden hand in Trump’s America. There is no Wikileaks worthy narrative to be told or hidden about the imagined communities, akin to a recalibrating Russia and a comely ubiquitous America.

The linkages between President Trump and the Russian connection have been every WASP’s pet peeve since the time the allegations began surfacing. Michael Flynn has been investigated by the threesome of FBI, Congressional and Senatorial committees. It was alleged by the New York Times report on February 14, 2017, that Paul Manafort and other protégés of the Trump Administration conspired with Moscow but a direct presence of Trump and his associates could not be established within the idiom of the alleged Russia-Trump connect. Attorney General William Bar has come out with a bipartisan finding that neither Trump nor his associates have anything to do with the Russian oligarchic overarch in a March 2019 release.

Hannah Levintova writes in the alternative narrative discourse, Mother Jones, “Despite his claims to the contrary, the President’s ties to Russia are long, deep, and, above all, mysterious. In the 1980s, before the Soviet bloc crumbled, Trump was already trying to get a foothold behind the Iron Curtain. Since then, he has announced on at least three occasions plans to build a Trump Tower in Moscow in partnership with various power players and oligarchs.”

Ivanka Trump too as an instrumentality has cut deals with the Russian industry but all these details do not naturally leave the US President in a soup, as before his grandiloquent anointment, Trump was a true blue entrepreneur mogul and if he did business for profiteering then it was a natural recourse to trading and corporate turnovers which is an intrinsic part and parcel of the American dream and their attendant way of life and development/progression. It is in the American tradition that an upward lurch on the career ladder and amassing of wealth is looked upon as an achievement and a qualifying characteristic of any mundane American denizens and being prosperous and being a profiteer is not looked down upon as something which is not sacrosanct. After screening the American media and the global media, it can be surmised that there is an awful lot of innuendo and subterfuge surrounding the Russian connection of President Trump and the doughty Republicans. The Washington Post too has reported that President Trump has continued to vociferously reject the allegations that the Russians had a well defined role to play in the 2016 US Presidential elections. The Washington Post on the contrary reported, “Fusion GPS was hired in mid-2016 by a lawyer for Hillary Clinton’s presidential campaign and the Democratic National Committee to dig into Trump’s background. Earlier that year, the firm had investigated Trump for a conservative website funded by a Republican donor, but that client stopped paying for the work after it became clear that Trump would win the GOP presidential nomination, according to people familiar with the matter.” Still, it would be preposterous to contend that President Donald Trump is a Russian agent as the alternate media in the United States has repeatedly arraigned in its cantankerous cacophony.

The answer to the poser can indicate an attraction towards the domineering world view of Putin, as President Trump is enamoured of the nationalistic and patriotic scale of reference of the Russian leader. As an attendant fact, President Trump does not attach much importance to the institutions such as NATO and the United Nations and has a diffident perception about the avowed American zeal of spreading democracy in the larger global space. President Jimmy Carter too opposed the Soviet incursion in Afghanistan but President Trump has chosen to follow his own doctrine and not take regular recourse to history. Trump has also supported the moderate takeover model where-in Putin intervenes in Poland and Belarus, and initially President Trump too supported these shenanigans emanating in the NATO’s backyard.

Now, even President Trump has concluded that Robert Mueller acted honorably after months of disparagement. It can be cited from CNN transcripts that, “Russia did not participate and influence the American Presidential Elections in 2019.”

The denunciation and de-recognition received by the Russian diplomats in the United States also speaks volumes about the general cold war mindset of President Trump who believes in withdrawing the larger American overarch.