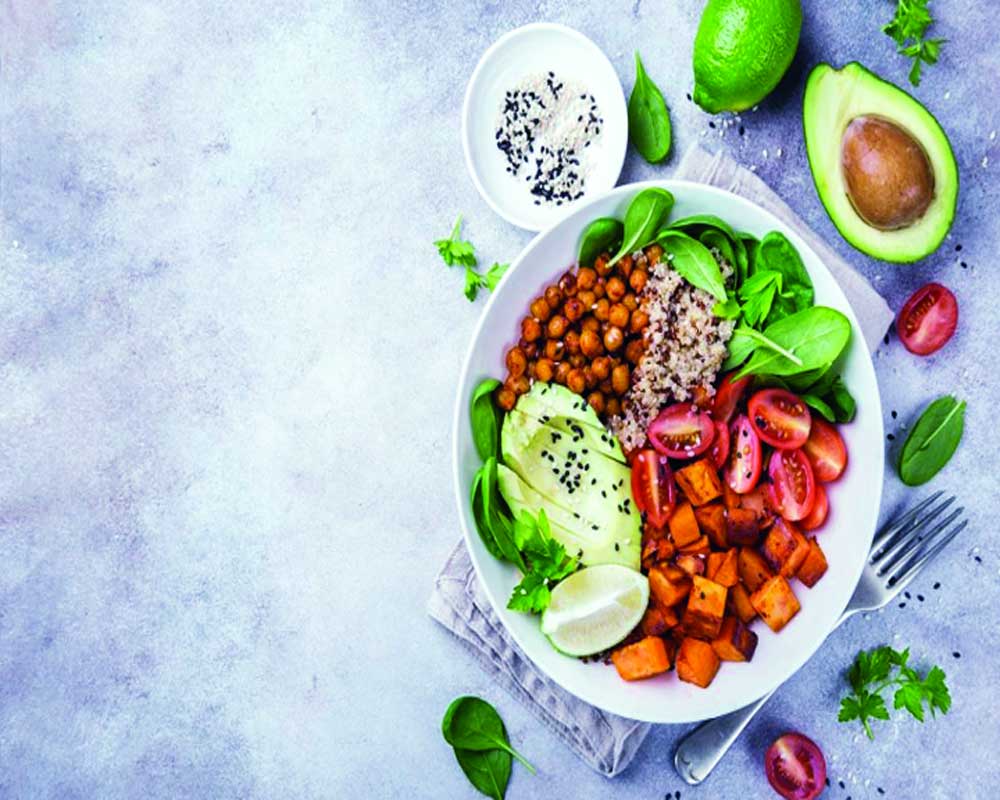 From natural to herbal and to organic, all these trends have taken the food and protein industry by storm. Now, it is the turn for vegan products. MUSBA HASHMI brings you a report on how this shift is benefitting many

Amidst all the brouhaha of turning vegan and achieving a sustainable food future, non-vegetarians can come up with a hundred good reasons for eating meat. However, for vegans it is a task to maintain their daily protein intake. This is when the supplement brands come into scene, solving all the protein woes of the vegans. One such brand that aims to stand out amongst all the vegan supplement brands is — AS-IS-IT Nutrition.

The firm is the brainchild of two brothers — Arvind Jain (40 years) and Himmath Jain (38 years) who have ben in the industry for 10 years. It was only in March, 2018 when the duo came across a study that said around 70 per cent of the supplements being sold in the country were adversely affecting the health of the people. This is when they realised the nutrient gap in the market and kick-started their  brand. The idea was to come up with something that didn’t confuse the consumers but to give them a clear idea of a simple unadulterated product and many good reasons to buy it.

“According to our research we saw that there were 2,500 brands of protein in the market. Customers used to spend hours on checking out various sites to look out for the best option and end up getting confused with which brand to opt for and which flavour to buy. That is when we thought why not offer simple, unadulterated products at affordable prices which can be curated according to the customer’s choice of flavours that will ultimately solve all their problems,” Arvind says.

The firm offers a wide range of vegan proteins including soya proteins, brown rice proteins, pea proteins and peanut butter protein. “These are some of the major protein that our brand offer in the country. The cost of all these proteins is approximately Rs 1,000 per kg. People have accepted our brand because they are getting ample amount of proteins that too for a reasonable price,” he says and tells you that generally a person requires 60 gm protein per day. When vegans do not get the required amount in their body, they start consuming the vegan supplements specifically soya and pea proteins in order to fulfil the requirements. That is why these supplements are becoming immensely popular among the people.

Now, the questions arises whether these vegan proteins are equivalent to normal proteins or not, Arvind has a say on that. “Protein is nothing but is just made of amino-acids which are the building blocks that you get from food. Vegetable proteins were already there but now they have been evolved. At present, we have soya protein, rice protein, peanut protein and many others. Fundamentally, there is no difference between a normal and a vegan protein, difference could be in terms of their taste and texture. But if you will weigh it, then the quantity will remain the same. For example, a gram of protein will remain one gram only, whether it is vegan protein or a normal one. It will differ only in terms of cost and price,” he tells you.

For those who are taste conscious, there is nothing to worry about. The taste depends on the source of the protein. The soya protein will taste like soya beans and brown rice protein will taste like brown rice. The reason being that the taste comes from the origination of the source. One can easily pick and choose the vegan protein according to their taste and likes. During the last two-three years, the demand for vegan protein has increased significantly. “We are demographically a huge country, that has people from different segments. In the last two-three years, there has seen a significant change in the consumption of vegan supplements. First, the main reason behind this is the low cost of the protein. Second, lactose-intolerance among people. Third, cruelty to animals is another reason why people are leaning towards vegan. Fourth,  the rise of vegetarianism,” he tells you and while he didn’t face any challenge in trying to launch their brand but later.

“The main challenge was that within few months of the launch, our brand became the leading seller of supplements on a popular online shopping site. We were not prepared for it. It was a tough time for us because we had to revamp the production five times of what we were doing initially. The ongoing challenge is that now around 100 other companies have come up with similar concept as ours. But, our team is able to ward off the competition using unique marketing and branding strategies,” he tells you.

To establish trust among people and make them believe that they are getting genuine products, the Jain brothers have come up with a unique concept of hologram scanning. “We have introduced holograms, QR codes and scratch codes on every pack. These codes can be scanned using various scanning apps available on the Play Store. People can scan these codes to know whether a product is fake or genuine. This way, people can buy 100 per cent original products for low prices without comprising on their or their family’s health,” he tells you.

While the vegan industry is growing, it has a long way to go. That  celebrities and influencers are coming out in favour of vegan food helps. The industry is expected to go much forward in the coming years because consumers are increasingly gravitating towards the veganism and all for good reasons.