Voters yearn to be on winning side

Voters yearn to be on winning side 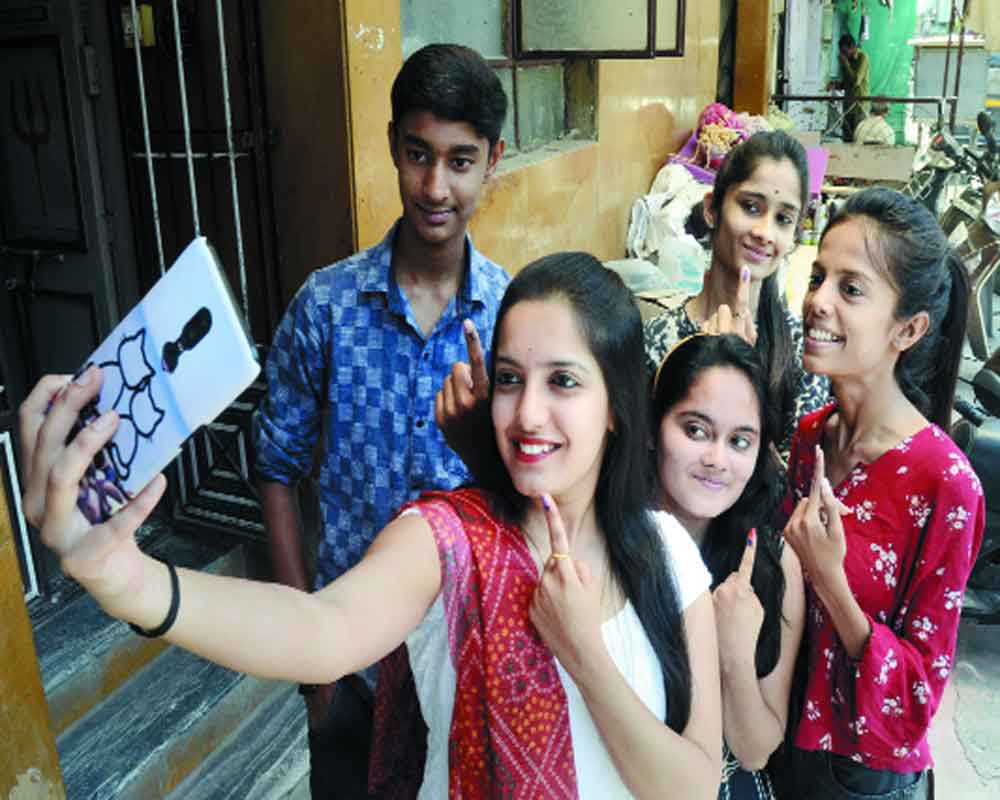 The psychology of voting as a choice is a complex process. Even if you belong to a group of a selected few who could see through all these elaborate facades, opting to go against the grain by choosing to use your intelligence might not find many takers

We perceive the world not in any objectively accurate sense but through the lens of our own needs, goals, and prior experience. Still, we take a lot of pride in being a rational person. This is evident in our endeavour to get the highest degree of educational qualification from topmost educational gatekeepers — a signaling effort on our part to make us look smarter and rational.

Therefore, when it comes to voting, we expect every person to exercise this democratic right with a lot of rationality, but alas, that expectation is often misplaced. Because a voter in general never subjects his/her decision to even a conservatively moderate level of analysis. That is why voting is inherently irrational, and contrary to popular belief, this irrationality has nothing to do with the educational qualification of the voter.

Do you think any voter can afford to analyse what percentage of promises made by a political party were fulfilled? Is there any plausible reason for not delivering on their promises? Is there threadbare analysis to identify the party which has a higher chance of delivering on future promises?

Looks like a lot of work to arrive at a decision that might not always be conclusive.

The educated voter doesn’t want to use their intelligence to research and determine the best candidate, but they do want their candidate to demonstrate a relatively adequate level of intelligence and capacity. For political candidates, it is far more easy to stoke base

emotions in potential voters rather than developing a watertight case for themselves through demonstrating their intelligence.

Today, politicians manipulate the electoral process by influencing voters much before they make an entry to the polling booth. Contrary to popular belief, voting is not an individual but a group behavior — this behavioral response from the potential voter is something well known to the political class.

For millions of years, people have been part of group, commonly known as tribes. Whether the groups are religious, ethnic or political, we can’t seem to have enough of it — humans need to belong to a group identity more significant than them.

Tribes are everywhere; and whether you know it or not, you also are a member of at least one of them — as an employee of your organisation, as a member of your religious community or a caste group. Being a member of this exclusive group, you end up internalising a lot of peculiar characteristics of the group.

All tribes share three components: a group of people, a common cause and at least one leader who represents and organises the tribe. However, the most important feature here is the shared cause. It’s the shared cause that leads its members to internalise the tribe’s values and ideas as their own; turning group members into believers instead of mere followers.

In India, caste is an essential and sacred group identity. Time and again, in most of the cases, caste identity has proven to be more potent than that of religious identity. Politicians have somehow intuitively managed to decode this social identity for their political gains. That is the very reason they project their candidates as someone who could be trusted to fight for the common cause of these particular groups.

This is quite evident in the way most political parties select a candidate belonging to one of the largest religious or caste group from the constituency. And this is normally done after a meticulous grassroots analysis of unique caste demography prevalent in each constituency that is slated to undergo the hammer of electoral verdict. Time and again, it has been proven beyond doubt that emotional connect through group identity is of great value and that it

could never go out of fashion during elections.

The political class in this country, irrespective of the colour of their ideological undergarments, do have this knack of weaving a reasonably believable narrative around complex issues to focus acutely only on a topic that succeeds either in polarising or uniting the potential voters. It is because an air of polarisation creates an immediate environment where voters tend to conveniently forget the most obvious mistakes of their leaders. As a result, every election, including this one, has witnessed an attempt by representatives of people to indulge in politics of polarisation.

Whenever the polarisation along identity lines succeeds in finding its victim among the potential voters, even the most self-proclaimed rational voter finds it a bit too difficult to entertain a perspective that lies on the other side of the fault line. Any digression is often perceived as disloyalty against their peers and interest groups.

Be that as it may, every political party is well aware of the active role of news media (including social media platforms) in influencing public opinion. The parties are very much aware that media is capable of playing an indirect but persuasive role in shaping the contours of public perception by giving selected issues and facts better coverage than other issues and events.

It is this coverage that leads audience — by virtue of the greater attention they devote to specific topics — to decide that these are the most important ones to be taken into consideration when adopting a position.

Therefore, every political party wants to have a definite say in deciding those selected issues and facts that could get them maximum coverage through different media platforms, because the amount of news coverage can make a big difference in the perceived significance of an issue among potential voters. During an election, whichever political party is seen by voters to have a superior stance on the issue highest on the media’s agenda at the moment gets a distinct advantage.

Steven Pinker, the famous thinker and evolutionary psychologist of the modern era, said that one function of the mind might be to hold beliefs that bring the belief-holder the most significant possible number of allies, protectors or disciples, rather than ideas that are more likely to be true. Therefore, even if you belong to a group of a selected few who could see through all these elaborate facades, opting to go against the grain by choosing to use your intelligence might not find many takers. It is so because in the end, everyone wants to contribute to a winning side by affirming one’s identity.

(The writer is an IRS officer. Views expressed are personal)