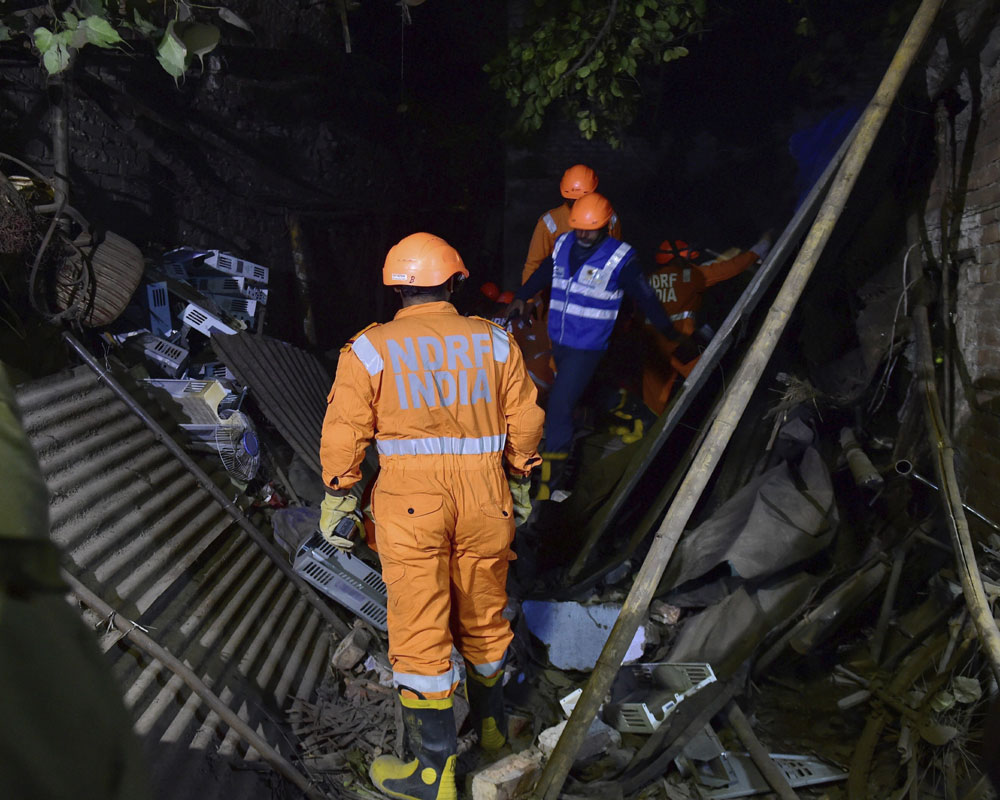 Seven people, including a child, were killed and eight injured after a portion of a factory manufacturing ceiling fans collapsed under the impact of a blast in its furnace in west Delhi's Sudarshan Park, police said on Friday.

Six of those killed have been identified as Ramphal (45), Ajay (22), Munger (55), Hanshu (6), Ajay (25), and Rajesh (40). The identity of a man is yet to be ascertained, they said, adding the autopsies will be conducted at the Deen Dayal Upadhyay Hospital.

Three of the injured people were referred to the Safdarjung Hospital while another person was taken to the Deen Dayal Upadhyay Hospital, Deputy Commissioner of Police (West) Monika Bhardwaj said .

The Delhi Fire Service said eight vehicles, including four fire-tenders, were rushed to the spot after a call was received at 8.48 pm on Thursday. The rescue operations were completed by 6.40 am.

Initially, only a portion had collapsed but when MCD officials visited the spot, they declared the building dangerous and the entire structure had to be demolished, police said.

Located in a congested area, the factory manufactured ceiling fans.

A case has been registered against its owner,  Ankit Gupta, who has also suffered injuries and is undergoing treatment, the officer said.

Manish, who witnessed the tragedy unfold and also helped the team with rescue operations, said the building suffered partial damage.

"Fifteen persons were rescued and rushed to Acharya Bhikshu hospital. Later, we got to know that six people including a child have died," he said.

A resident of the locality, Surender Jain, said he got to know about the incident through media reports.

"I was shocked to see the visuals on TV. I rushed to check the situation. Three years ago, a similar incident had occurred in a nearby locality. It's a big market where work related to fans is carried out," he said.