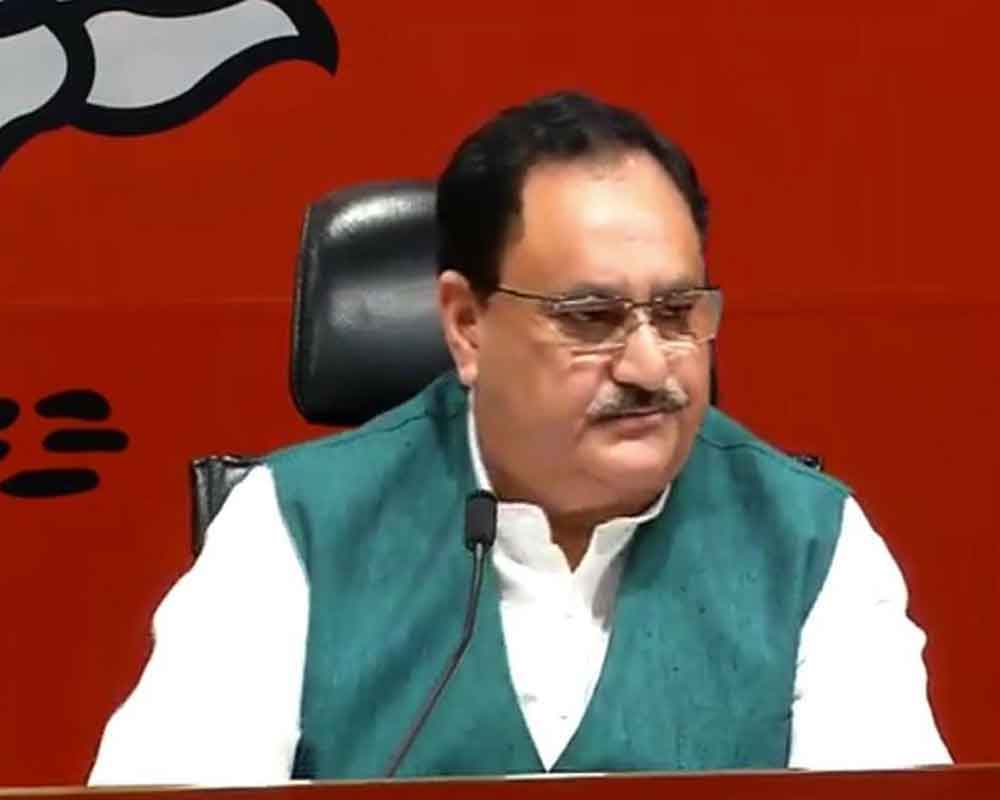 Nadda also questionned Rahul Gandhi's "limited intellect and knowledge" about the new citizenship law and dared him to speak "even ten lines" on its provisions.

According to the CAA, members of Hindu, Sikh, Buddhist, Jain, Parsi and Christian communities who have come from Pakistan, Bangladesh and Afghanistan till December 31, 2014 and facing religious persecution there will not be treated as illegal immigrants, and be given Indian citizenship.

Addressing a "BJP thanksgiving" programme in Indore in Madhya Pradesh for enacting the CAA, Nadda said he wanted Rahul Gandhi to "speak only ten lines" on the provisions of the CAA, which is being opposed by the Congress.

He said Rahul Gandhi has not made even a single statement condemning vandalism during anti-CAA demonstrations.

"Public property has been damaged in the country on a largescale during the violent protests in the last one week. But, has Rahul made any statement condemning this loss?" he asked.

Acknowledging a "conflict of of ideologies" between the Congress and the BJP, Nadda said Rahul Gandhi's outlook might be different from the BJP due to his "limited intellect".

"....But to what extent is it appropriate that you (Rahul) do not speak out a single word on ongoing violence?" Nadda asked.

The country is on the boil since last seven days with thousands of protesters taking to streets in many states to oppose the provisions of "anti-Muslim" CAA and the proposed National Register of Citizens (NRC) exercise.

The anti-CAA protests had turned violent in Assam, West Bengal, Karnataka, Uttar Pradesh, Madhya Pradesh etc. where incidents of arson, stone-pelting and firing were reported in some areas.

Meanwhile, Nadda accused the Congress of "provoking" a particular section of the society by "misleading" them on the CAA.

"Congress is doing politics on the violence by placing a vote bank above the country," he alleged.

Continuing his diatribe against Rahul Gandhi, Nadda said the Congress leader obviously didn't feel any pains about the "barbaric massacre" that had taken place during Partition of India in 1947.

"Rahul should answer whether he has read the history of India's Partition? His statements certainly do not show any feeling of pain about that era which witnessed a barbaric massacre of people. Lakhs of people had to leave their motherland suddenly to save their lives and to protect the respect of women," the BJP leader said.

Nadda also claimed that the country's first prime minister Jawaharlal Nehru and later Manmohan Singh, who was the PM during the previous UPA government, had publicly supported the idea to grant Indian citizenship to the people coming from Pakistan due to religious persecution.

Keeping in mind that the "thanksgiving" event was being attended by Hindu and Sikh refugees from neighbouring countries, Nadda said, "In his political life, did Rahul ever try to meet the refugees who came to India after being persecuted in Pakistan and Bangladesh on the basis of their religions?"

Nadda said the Congress only divided the country on the basis of religions.

"We have always protected minorities in India, but will any Congress leader answer why (the number of) religious minorities in Pakistan and Bangladesh continued to decline after India's Partition?", he asked.

He accused the previous Congress governments of delaying justice to the refugees who came and settled down in India from Pakistan's Sindh province due to religious persecution.

"The strong will of the Narendra Modi government has led to enacting a new citizenship law. PM Modi and Home Minister Amit Shah clearly stated that not a single legitimate citizen of Muslim community will lose his Indian citizenship (due to the new law)," he said.