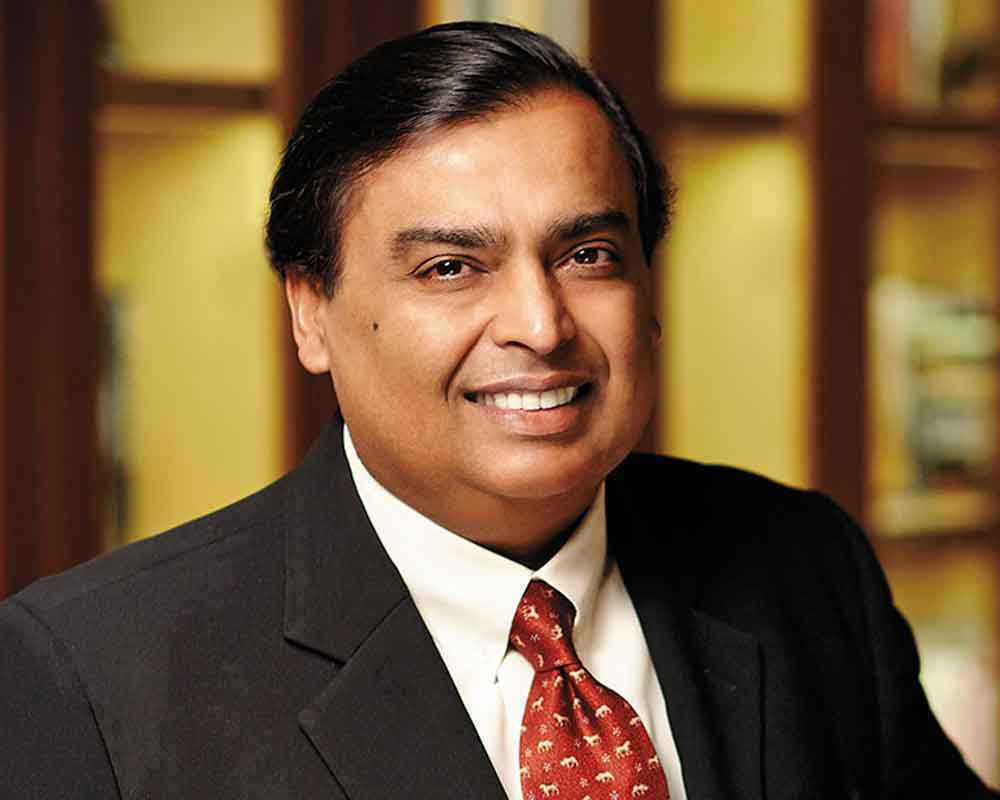 Mukesh Ambani on Monday announced that Saudi oil giant Aramco has agreed to take a 20 per cent stake in his flagship Reliance Industries' oil refinery and chemical business at an enterprise value of USD 75 billion (around Rs 5,32,466 crore).

Making the announcement at Reliance Industries' 42th annual general meeting, he said this would be the biggest foreign investment in the history of the company.

As part of the deal, Saudi Aramco will supply 500,000 barrels per day or 25 million tonnes per annum, of crude oil to Reliance's twin refineries at Jamnagar in Gujarat.

The Saudi national oil company, along with its partner UAE's Abu Dabhi National Oil Co (ADNOC) has taken a 50 per cent stake in a planned USD 60-billion mega refinery-cum-petrochemical complex in Maharashtra by state-owned oil companies, has a bullish outlook on India's energy demand and is keen on investing here.

Reliance operates two refineries in Jamnagar, Gujarat, with a total capacity of 68.2 million tonnes per annum.

It plans to expand its only-for-exports special economic zone (SEZ) refining capacity to just over 41 million tonne from current 35.2 million tonne but does not have any plans to set up a new refinery in the country.

It is currently focused on expanding petrochemical and telecom business.

Saudi Arabia, on the other hand, is keen to get a foothold in the world's fastest-growing fuel market to get a captive customer for the crude oil it produces.

Crude oil is the basic raw material for the manufacturing of petrochemicals.

Aramco and ADNOC will together hold 50 per cent stake in the 60 million tonnes per annum (MTPA) refinery and adjacent 18 MTPA petrochemical complex planned to be built at Ratnagiri district of Maharashtra by 2025.

The two will supply half of the crude oil required for processing at the refinery.

Like other major producers, the two are looking to lock in customers in the world's third-largest oil consumer through the investment. Kuwait is also looking to invest in projects in return for getting an assured offtake of their crude oil.

Saudi Aramco is also keen on retailing fuel in India. A refinery in India can also be a base for it to export fuel to deficit countries in Europe and the Americas.