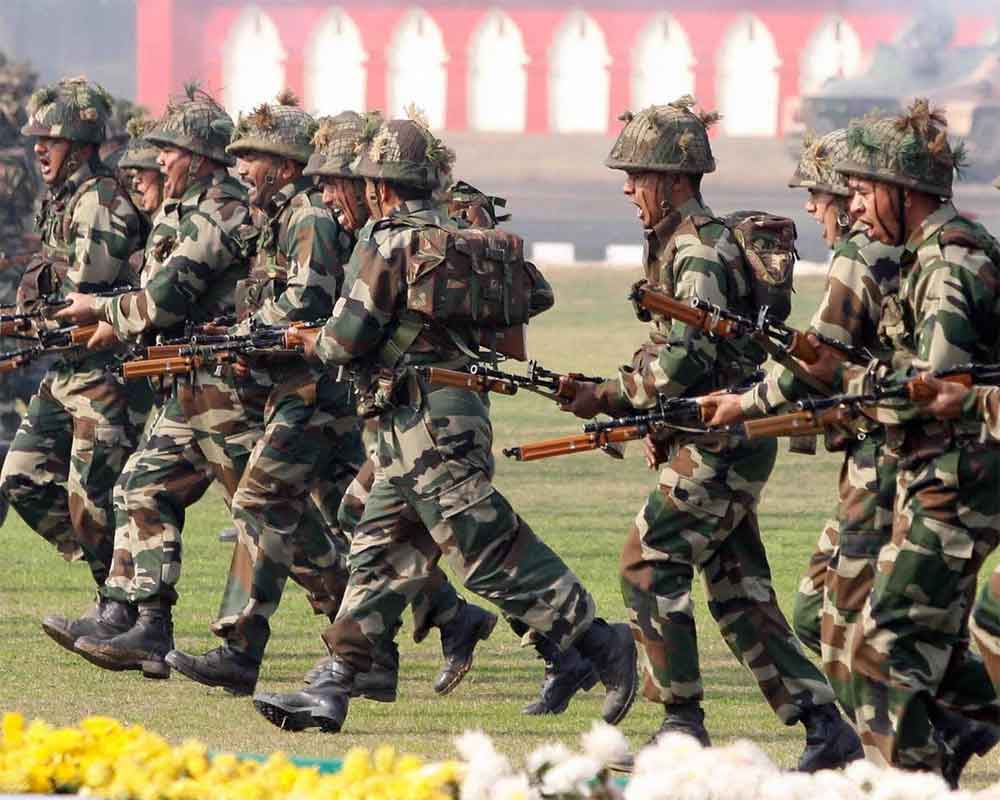 The Indian Army is planning to raise Integrated Battle Groups (IBGs) along the borders with Pakistan that will help it carry out swift strikes in case of war, sources said.

The IBG, which aims to integrate different components of the Army into the new formation, will include artillery guns, tanks, air defence and logistical elements. This is expected to make it a complete battle-ready unit.

The move comes amid efforts to bring better synergy among the three armed forces.

The Army also tested the new fighting concept of IGBs, whose role is expected to be offensive in nature. Following positive results, the Army gave green signal to form the specialised units.

At least three such units are likely to come up by the end of this year. The IBGs are likely to be headed by Major General-rank officers and could have troops numbering 5,000.

Gradually, the number of IGBs can be increased along the western front.

The issue of IBGs came up for discussion during the Army Commanders' Conference in October last year. It is also believed to have been discussed lest week when top Army commanders met Defence Minister Rajnath Singh.

IBGs, officials said, have better integration and self-sufficiency as compared to the existing formations.

At present, in an event of an exigency, a brigade has to wait to be aided by different types of units — such as artillery and logistics.

This also takes time for mobilising resources and be battle-ready.

However, this is not likely to be the issue with IBGs, which will be an inherent part of such units, sources added.