Be alert BJP, many of your members may become govt's friends: Says Sena

Be alert BJP, many of your members may become govt's friends: Says Sena 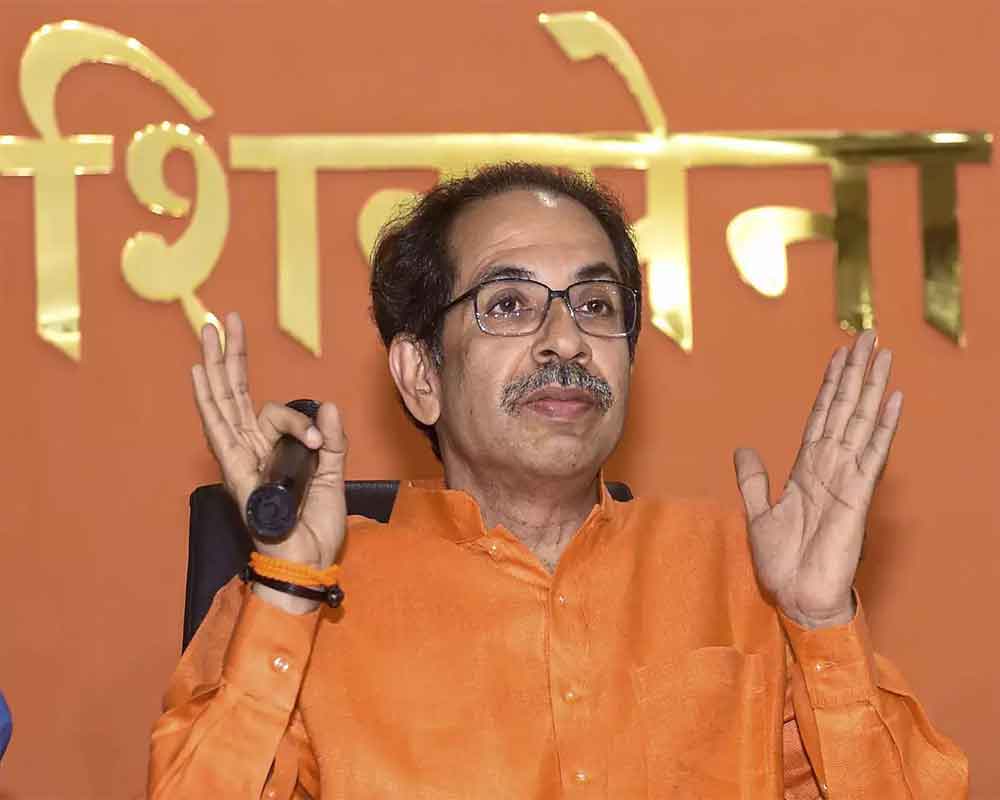 The Shiv Sena on Friday took a dig at the opposition BJP saying that it should remain alert as many of its members may become friends of the Uddhav Thackeray-led Maha Vikas Aghadi government in Maharashtra.

The party also criticised Leader of Opposition in the Legislative Assembly, Devendra Fadnavis, of being "unncessarily" aggressive in the House.

The winter session of the state legislature is currently on in Nagpur and the BJP, with Fadnavis being its most vocal leader in the House, is trying to corner the Thackeray-led government over different issues.

"Intentions of the government and the mind of chief minister Uddhav Thackeray are clean and genuine. Hence, he will continue to get new friends. The opposition party should remain alert as many of its members might become friends of the government," the Sena said in an editoral in its mouthpiece 'Saamana'.

It said the opposition party plays an important role.

"But just because those who were in the opposition benches earlier are now on the treasury benches, there should not be enmity between the two sides. If it is happening, then it is not good," the saffron party said.

"On the floor of the Assembly, the BJP is showing its discomfort and inconvenience that despite having the strength of 105 MLAs, it failed to form the government. But it is best to simply ignore BJP's attitude arising out of its discomfort," it said.

People of the state are unanimous in their opinion that whatever Fadnavis isspeaking is unwarranted. The Sena- led government is in a majority and the chief minister has proved it on the floor of the Assembly, it added.

"Fadnavis says that the state government is not keeping its promises and doing nothing for farmers. But had the Modi government kept its promise of transferring Rs 15 lakh into every citizen's bank account, then farmers would have been happy as it would have cleared their debts. The BJP government has been duping the people. It should first fulfil the promises it had given," the Sena said.

"Had the BJP followed 'Satyamev jayate' and 'Pran jaye par vachan na jaye', it would not have been sitting in the opposition and cribbing," the Sena said, referring to its criticism that the BJP did not keep its promise of sharing the CM post for half term with the Sena.

The BJP and the Sena, which fought the October 21 Assembly polls in an alliance, secured a comfortable majority by winning 105 and 56 seats respectively.

The Sena, however, broke its three-decade-long ties with the BJP after the latter declined to share the chief minister's post. The Uddhav Thackeray-led party joined hands with the NCP and Congress to form the government.