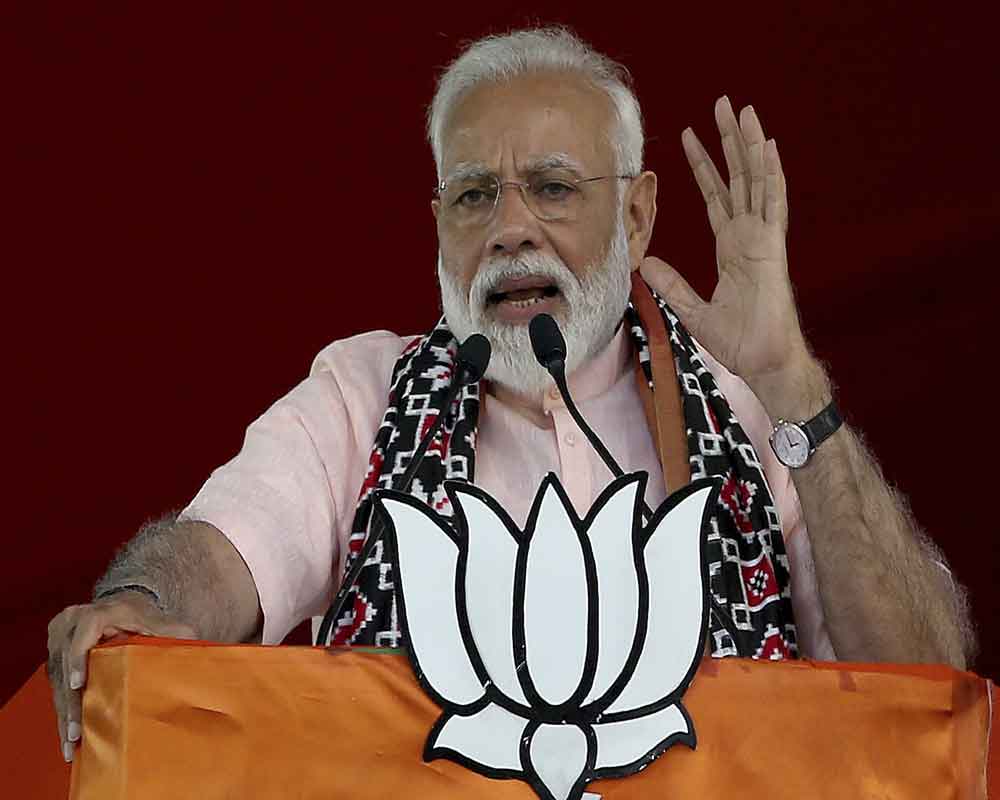 Prime Minister Narendra Modi on Tuesday slammed the Naveen Patnaik-led Odisha government for "not cooperating"with the Centre to bring about speedy development in the state and said he has taken advantage of central schemes to ensure welfare of Odiyas.

"The government in Odisha did not cooperate with us. Despite its indifference, we did our best in launching development projects in the state," Modi said, while addressing a rally in this west Odisha town.

This chowkidaar (watchman) has taken advantage of Centre's schemes to ensure welfare of the Odiyas, he insisted.

If the BJP had formed government in Odisha after 2014 election, the state would have witnessed "speedy development in all sectors", he claimed.

Calling upon the people to vote for the double-engine government of the BJP at the Centre and the state, Modi said Odisha should repeat the history created by Uttar Pradesh in 2017 and Tripura in 2018.

"In the last five years, we have opened bank accounts for 1 crore 40 lakh people, built toilets in 50 lakh homes, ensuring women's safety and security," he maintained.

Hitting out at the Congress, Modi said the grand old party has cheated Odisha people over the years by denying the poor their due rights.

"Under the Congress rule, middlemen benefitted largely. It is because of this deception, people had to go to migrate to other states, leaving their families," he charged.

Without taking a single leave in last five years, this "chowkidar has worked diligently" to bring about a transformation in the country, Modi said.

"The credit for the transformation goes to the people of the country, who voted the BJP to power. It is your vote and not Modi who brought positive changes in the country, lit up lives of poor, filled their lives with hopes," he added.

Modi and his partymen have launched the 'Main Bhi Chowkidar' (I too am a watchman) campaign to blunt the Opposition's, especially the Congress's, 'chowkidar chor hai (watchman is a thief) slogan.