BJP, Shiv Sena on course to retain power in Maharashtra

BJP, Shiv Sena on course to retain power in Maharashtra 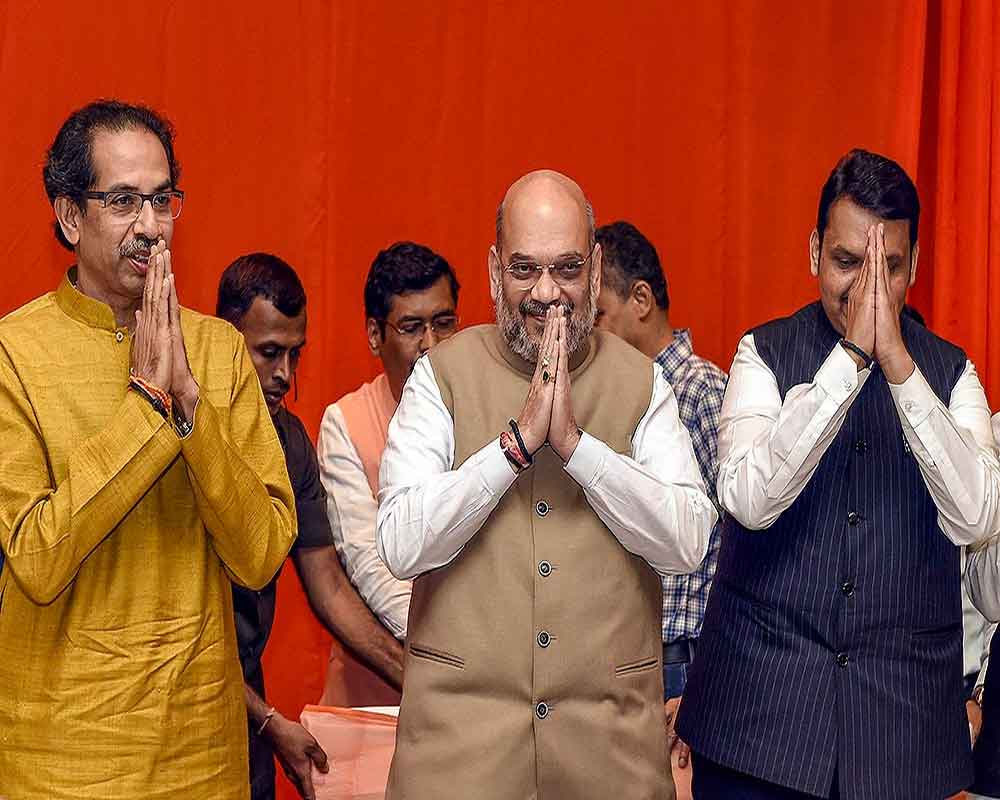 The ruling BJP-Shiv Sena alliance on Thursday looked on course to retaining power in Maharashtra as per trends available in 283 of the 288 Assembly seats.

BJP is leading in 99, Shiv Sena 61, Cong 41, NCP 49 and Independents are ahead in 15 seats as per trends available so far as per the Election Commission figures.

The Sharad Pawar led party has fared better than its parent party, which seems to have held on to its tally in 2014 elections.

The Independents were ahead in 15 seats, the ECI said.

BJP candidate Udayanraje Bhosale is trailing behind NCP nominee Shriniwas Patil by 10,000 votes in Satara Lok Sabha seat bypoll after the first round of counting.

Shiv Sena's Aaditya Thackeray has established a comfortable lead in Worli assembly constituency where he is making his electoral debut. The 29-year-old is pitted against NCP's Suresh Mane.

Leader of Opposition in the Legislative Council Dhananjay Munde was leading over his rival and BJP minister Pankaja Munde by 9540 votes in Parli.

Counting of votes for all the 288 Assembly segments began at 8 am on Thursday at 269 locations in the state, an official said.

Exit polls have predicted a comfortable win for the ruling BJP-Shiv Sena alliance government in the state.

Among the turncoats, former NCP minister and now BJP candidate from Airoli in Navi Mumbai, Ganesh Naik is leading with 8,085 votes and Vaibhav Pichad of BJP is trailing behind NCP's Kiran Lahamate by 10,671 votes in Akole segment in Ahmednagar district. He is the son of former NCP minister Madhukarrao Pichad.