BJP can't win single seat in WB, they are trying to hide behind central forces: Mamata

BJP can't win single seat in WB, they are trying to hide behind central forces: Mamata 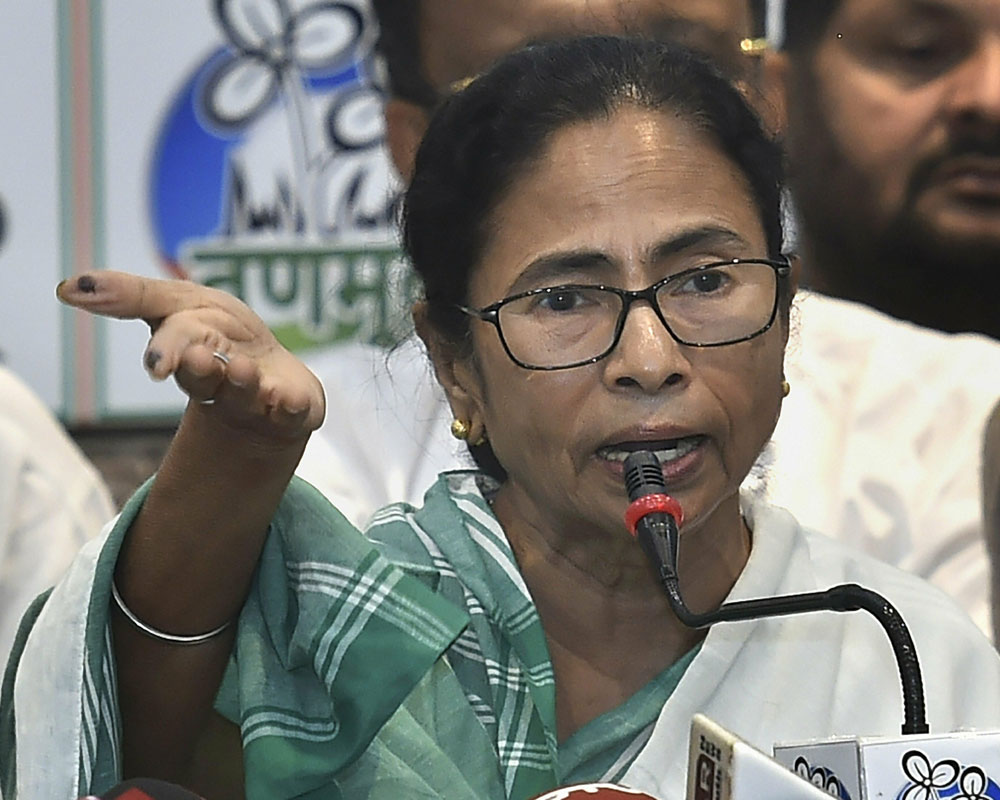 Slamming the BJP for urging the poll panel to declare West Bengal "super sensitive state", Chief Minister and TMC supremo Mamata Banerjee Wednesday alleged the saffron party was trying to hide behind central forces as it can't win any seat in the state.

The BJP has urged the Election Commission to declare West Bengal "super sensitive state" to enure fair Lok Sabha polls and demanded that central forces be deployed at all polling stations in the state.

"What is the reason behind demanding that all booths be declared sensitive in the state? This is an insult to the people of Bengal. The BJP can't win a single seat in West Bengal. That is why they are trying to hide behind the central forces," Banerjee told reporters.

Mockingly advising the BJP to deploy one para-military personnel behind every voter, she said even then the TMC will emerge victorious in all the 42 Lok Sabha seats in the state.

"How are they preparing the list of sensitive booths? Since we are fighting (BJP president) Amit Shah and (Prime Minister) Narendra Modi, Bengal is being targeted. The Election Commission should act impartially," the Trinamool Congress chief said.

On the BJP's demand that a media observer be appointed for Bengal, Banerjee alleged that it is the saffron party that is trying to control the media at the national level.

"Never ever the TMC has tried to control the media. The media is free and fair in Bengal. The demand for appointing a media observer is actually an insult to the people of the state," she said.

The BJP is spreading fake news in the state and across the country, the chief minister alleged.

The BJP is trying to make inroads into TMC's bastion state (West Bengal) which has 42 Lok Sabha seats. In 2014, the Trinamool Congress (TMC) won 34 seats, the Congress four, while the BJP and CPI(M) bagged two seats each in the state.

The state assumes importance for the saffron party as it aims to win a sizeable number of seats there.