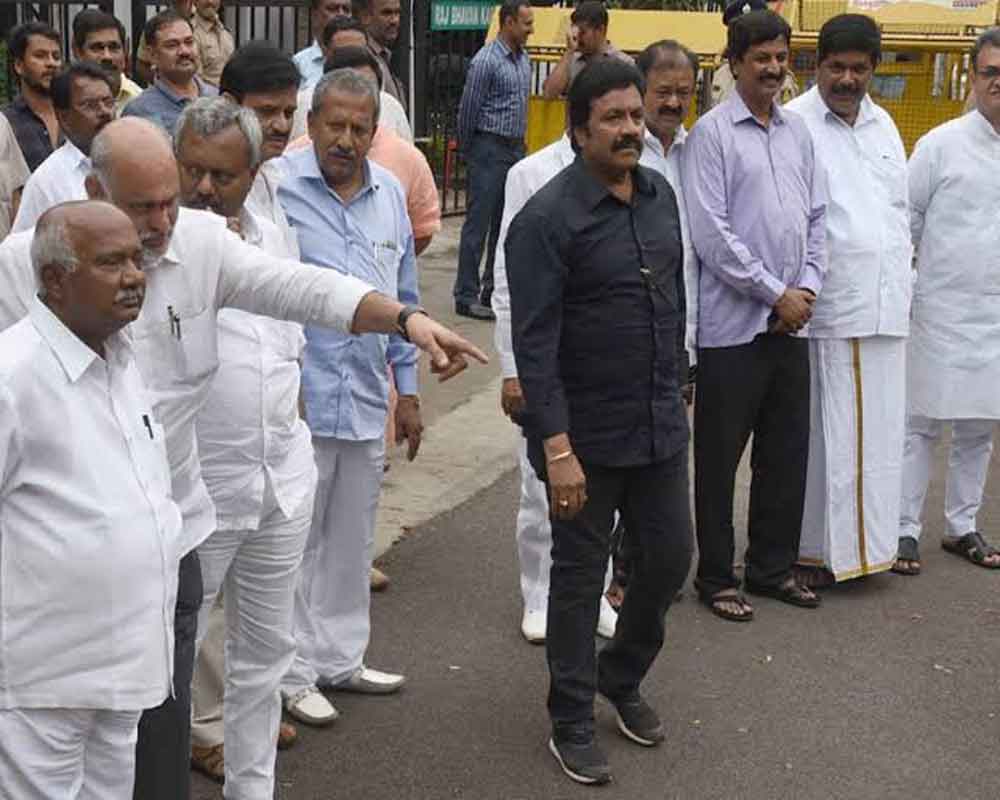 The BJP on Thursday nominated 13 Congress and JD(S) MLAs, who were disqualified ahead of a trust vote, as its candidates for the assembly bypolls in Karnataka.

The Supreme Court on Wednesday had upheld the disqualification of the 17 MLAs in Karnataka by then Assembly Speaker K R Ramesh Kumar, but paved the way for them to contest the bypolls.

The then chief minister H D Kumaraswamy had resigned after losing trust vote, which paved way for BJP-led government in the state under B S Yediyurappa.

The BJP is yet to announce its candidates for the remaining two assembly seats where bypolls will be held in December.

Fifteen out of the 17 constituencies represented by these MLAs will be going for bypolls, while by-elections to Maski and RR Nagar constituencies have been withheld as separate cases with regard to them, are pending before the high court.

Sixteen out of the 17 disqualified Congress-JD(S) legislators on Thursday joined the BJP in Bangaluru in the presence of Karnataka chief minister B S Yediyurappa and its state unit chief Nalin Kumar Kateel and National General Secretary in charge of the state P Muralidhar Rao.

All the 13 disqualified MLAs have been repeated from their respective seats.

JD(S) members who have been given ticket by the BJP are: K Gopalaiah (Mahalakshmi Layout), AH Vishwanath (Hunsur) and KC Narayana Gowda (Krishnarajpet).

The BJP will need to win at least six out of those 15 seats to remain in power. Of the 15 constituencies, 12 were represented by Congress and three by JD(S).