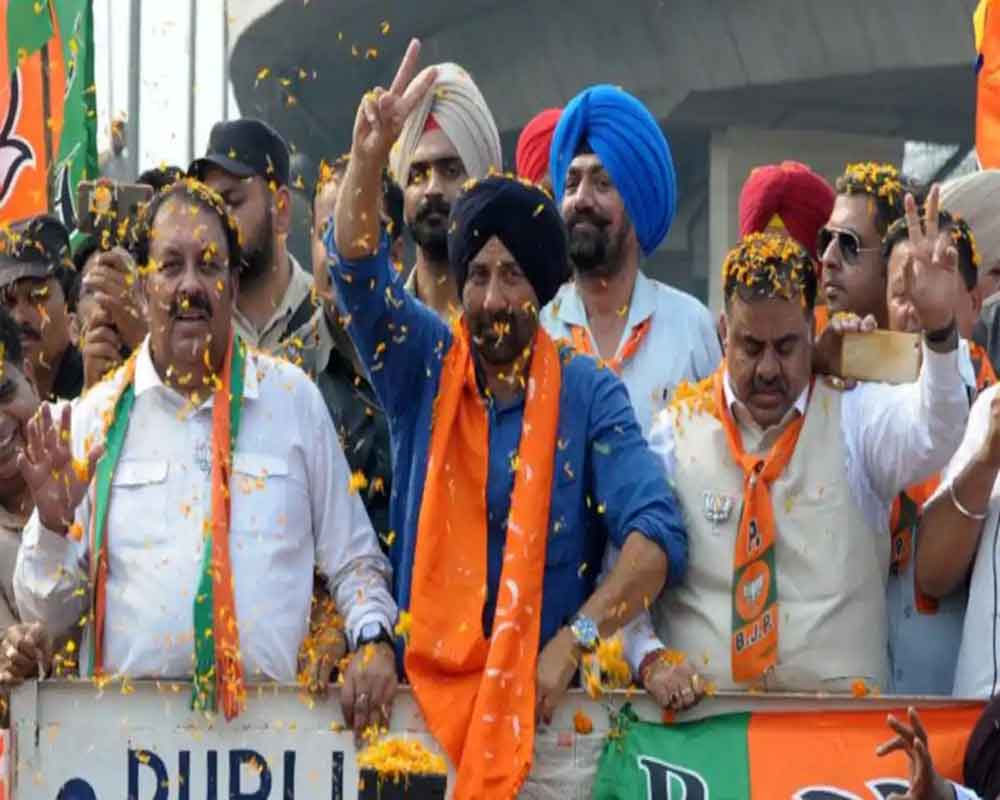 BJP candidate and Bollywood actor Sunny Deol is leading by more than 47,000 votes over his nearest rival and Congress nominee Sunil Jakhar from the Gurdaspur Lok Sabha seat in Punjab.

From the start of counting of votes at 8 am on Thursday, Deol has been maintaining a lead over Punjab Congress chief Jakhar.

Speaking to reporters, 59-year-old Deol, who is popular for playing patriotic roles in movies like 'Border' and 'Gadar', said he was ecstatic over the initial trends coming during the counting of votes.

“I am feeling good and I am very happy. Modiji is winning. I was confident that people of this constituency (Gurdaspur) love me a lot and will ensure my victory,” Deol said.

He said after winning, he would work for the people of Gurdaspur.

Jakhar, who is the sitting MP from Gurdaspur, had won the seat in a byelection in 2017 following the death of BJP MP and actor Vinod Khanna.