BJP should run from workers' contributions, not donations from money bags: Shah

BJP should run from workers' contributions, not donations from money bags: Shah 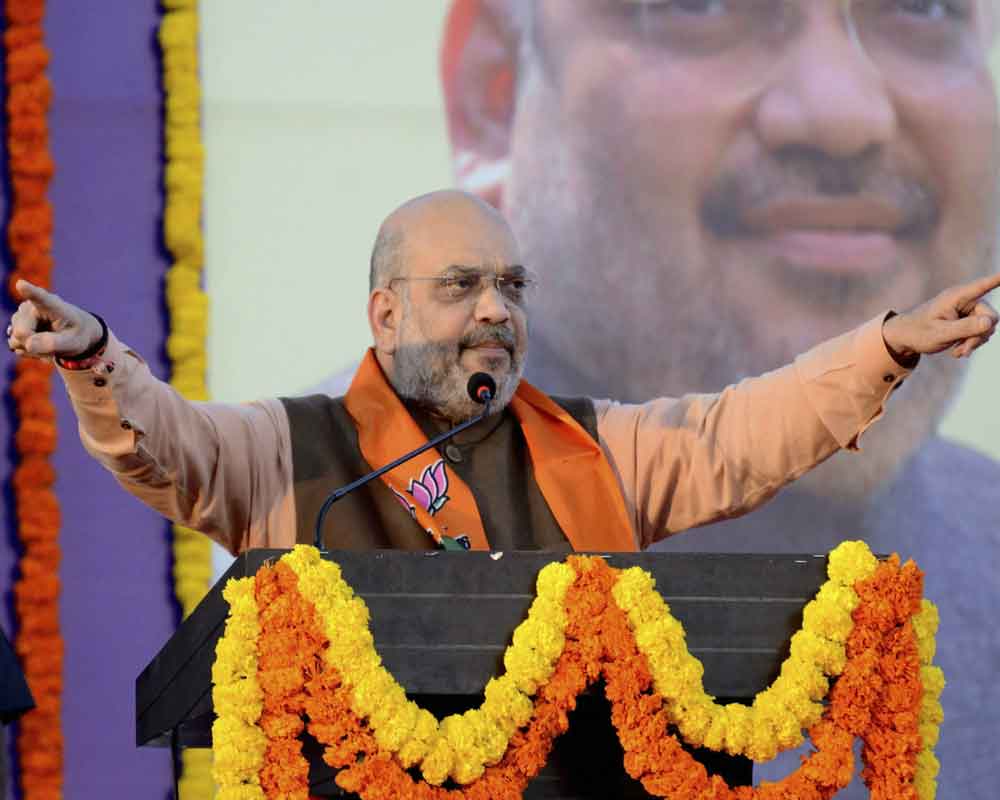 Pitching for "purity" in poll funding, BJP president Amit Shah on Monday said the party must run with contributions from its workers and not on  donations of "money bags, builders, contractors and those with black money".

Addressing a party event to mark the 51st death anniversary of its ideological guide Deen Dayal Upadhyay, Shah said the BJP should take up the responsibility of guiding other parties on the path of probity. Two workers from each booth in the country should contribute Rs 1,000 through the NaMo app, he said.

"BJP workers should say with pride that we run this party from our money and no industrialist, contractor, money bag or builder can run it," Shah said.

He, however, added that as party president he cannot say the BJP can fund all its organisational and election expenses from its workers' contributions. "This is not possible today," he said.

"If means are not pure, then our goals cannot be attained in a good way. If the party has to be kept pure... If the party starts running from the money of money bags, builders, contractors, those with black money, then it will malign our means to realise our goals," he said.

There should be a public discussion on how election expenses can be brought down and how to bring probity in poll funding, he said, expressing confidence that such an exercise will begin under the BJP's leadership.

The Modi government, he asserted, has taken steps to clamp down on the influence of black money in politics by limiting cash donations to Rs 2,000.

Laws against corruption have been made so stringent that those breaking it will be caught and that those who were involved in scams are sweating even in this Delhi winter, he said.

Fugitive businessmen Vijay Mallya and Nirav Modi had escaped the country because the Modi government started putting accused like them behind bars, he claimed.