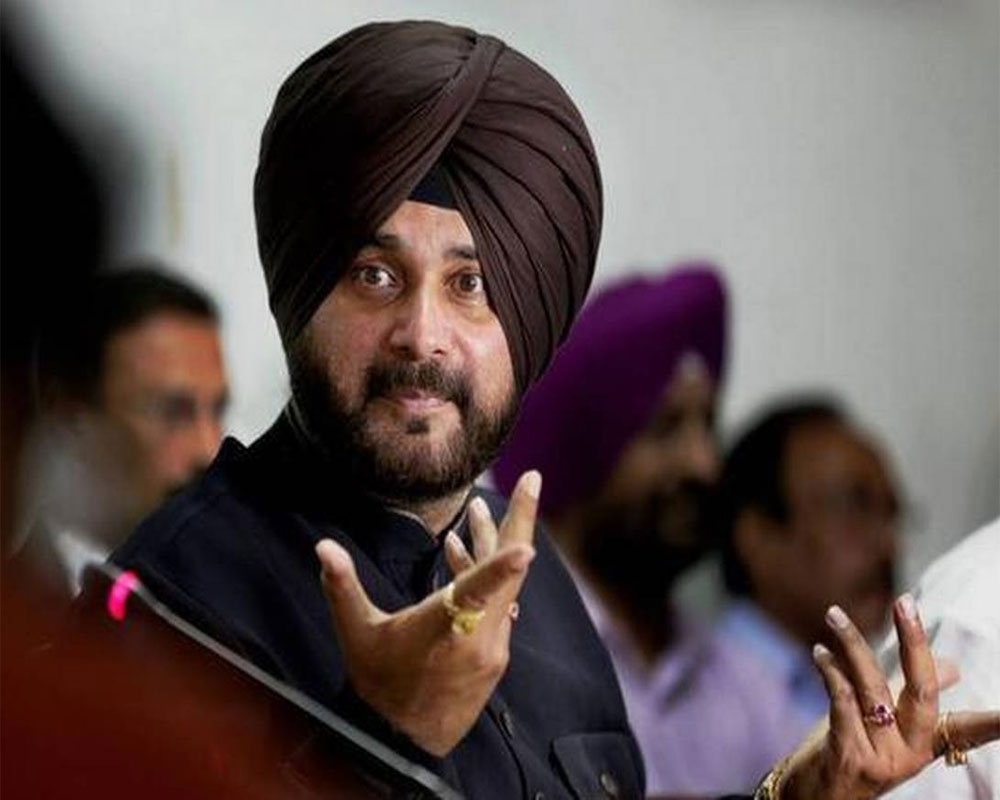 The BJP on Tuesday lashed out at the Congress after its leader Navjot Singh Sidhu apparently asked Muslims at an election rally in Bihar to unite and oust Prime Minister Narendra Modi, saying it was in the opposition party's "DNA" to divide people.

At a press conference here, the Bharatiya Janata Party (BJP) played a video of Sidhu's speech at Katihar in Bihar, where the Punjab minister is heard saying minorities in the country are the majority in that area and if they vote unitedly, the Modi government will be "sorted out".

Slamming the Congress, BJP leader and Union minister Ravi Shankar Prasad said, "It is part of the Congress' DNA to divide. It is not a new norm in this party."

Prasad also attacked Congress general secretary Priyanka Gandhi Vadra for her criticism of the saffron party over its interpretation of nationalism, and said she should not be giving lessons in nationalism to the BJP.

Is this nationalism, the BJP leader asked.

"We are proud that nationalism, national security and national respect have emerged as a big issue. People of country will respond. We are very assured to know that because of these comments of opposition leaders, seeking evidence of sacrifices, questioning tough action against terrorism, all these issues have come to the centre stage of this campaign," he said.

Whether it is Sidhu or opposition leaders like Mayawati, Mamata Banerjee or Priyanka Gandhi Vadra, they are all speaking on a similar voice, Prasad alleged.

The BJP leader also took strong exception to some Bangladeshi actors campaigning in West Bengal in support of the state's ruling Trinamool Congress and questioned if they had sought permission for this.

The general election is for the citizens of India, he said, adding outsiders may come as observers but if they want to campaign for a party, then they may require permission.