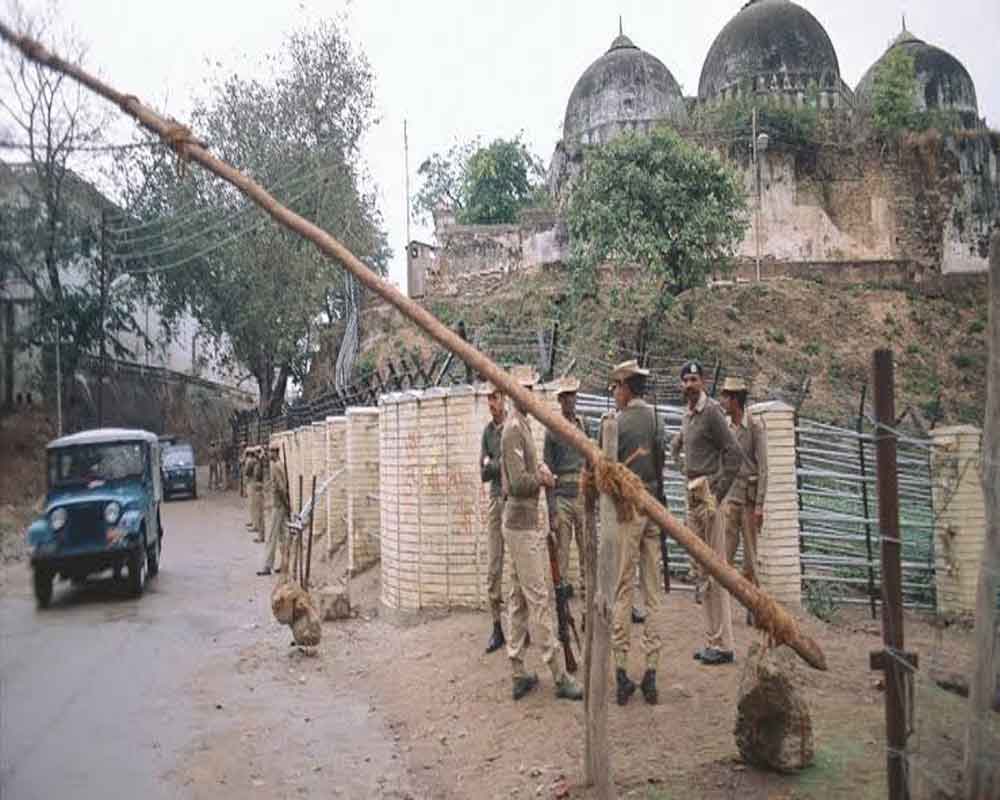 The Centre has asked all states to remain alert ahead of the Supreme Court verdict on Ram Janmabhoomi-Babri Masjid title dispute and ensure security in sensitive areas, officials said on Thursday.

The Ministry of Home Affairs (MHA) has also dispatched around 4,000 paramilitary personnel for security deployment in Uttar Pradesh, particularly in Ayodhya.

A general advisory has been sent to all states and Union territories asking them to deploy adequate security personnel in all sensitive places and ensure that no untoward incident takes place anywhere in the country, a home ministry official said.

The ministry has rushed 40 companies of paramilitary forces to Uttar Pradesh to assist the state government in maintaining law and order.

A company of paramilitary forces comprises about 100 personnel.

The Supreme Court judgement on the Ram Janmabhoomi-Babri Masjid title suit is expect before November 17.