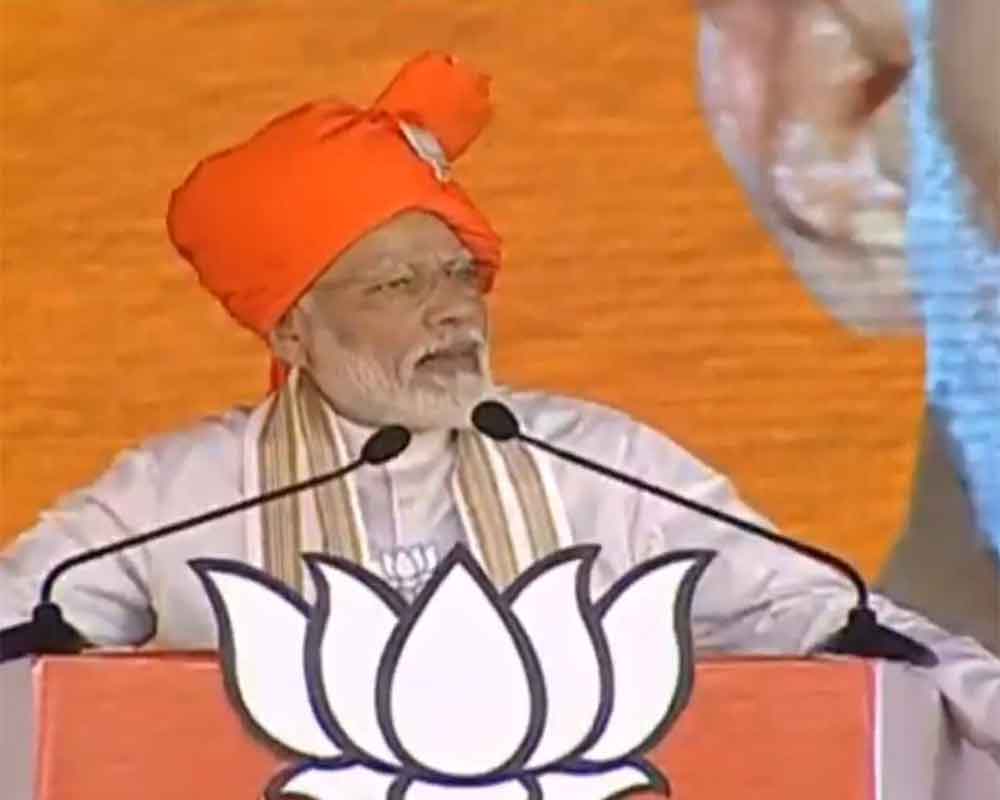 Prime Minister Narendra Modi here on Friday hit out at the Congress, saying it has "already accepted defeat" in the Haryana assembly elections.

Addressing his second rally on Friday, Modi referred to a purported video in which three Congress leaders at the parliament complex were seen discussing prospects of the party in the polls.

"Have you seen a video that went viral and in which a Congress leader was looking down upon a leader from Haryana at the parliament complex? I was surprised that the Haryana leader was standing with folded hands. Have you seen the video? Will you accept the insult of Haryana," Modi said.

"It was clear in their talks in the video that they were saying that it would be enough if they win 10-15 seats. These are their words and made just before the elections. Those who have already accepted their defeat and gave up the ground can't do anything for Haryana," said Modi.

Modi also attacked the Dushyant Chautala-led Jannayak Janta Party, stating that people of the state has rejected its politics and strategy.

Lauding the five-year term of the Khattar-led government in the state, the PM told people that they would have to decide between those who delivered and those who indulged in misdeeds.