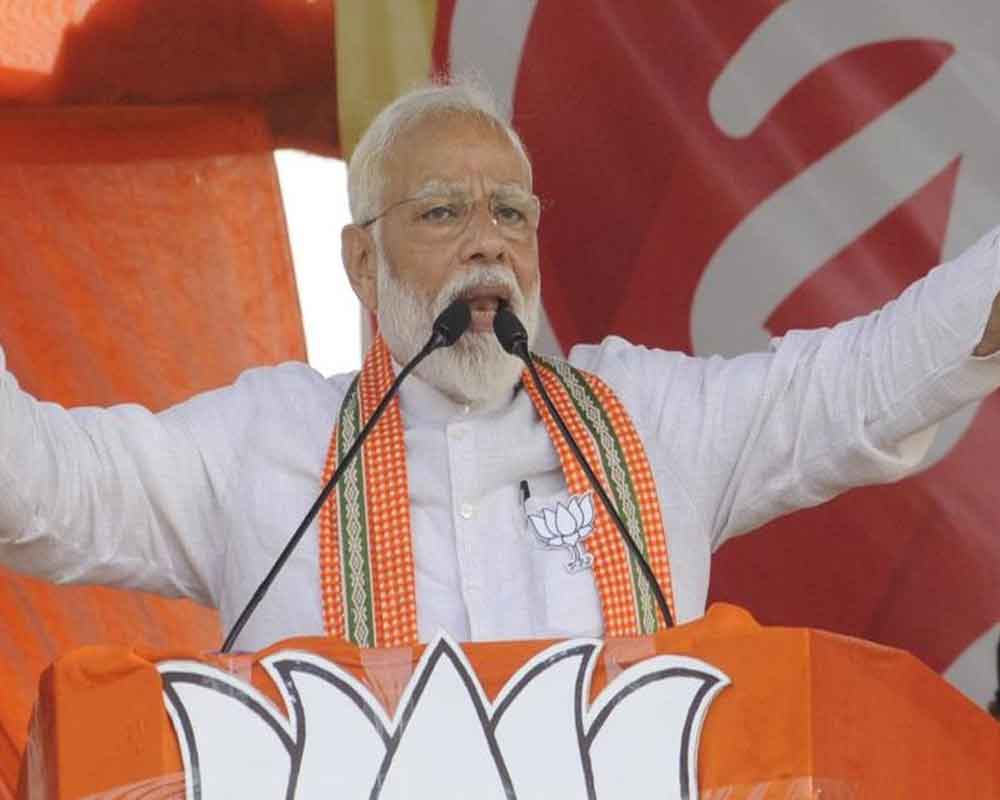 Asserting that the Congress will be losing the Lok Sabha elections, Prime Minister Narendra Modi Wednesday claimed that the party has fielded "two batsmen" to defend the "naamdar" (dynast).

In a veiled dig at Congress leaders Mani Shankar Aiyar and Sam Pitroda, Modi said they were tasked by the party to take the responsibility for the poor poll show.

"One says 'hua to hua' ( it happened, so what) on the 1984 anti-Sikh riots while the other, who has been behind curtains after abusing me during the Gujarat elections, is again attacking me," the prime minister said.

While Pitroda faced the wrath of Congress president Rahul Gandhi for his remarks, Aiyar in an article raked up his controversial "neech" remark against Modi, saying his comments turned out to be prophetic.

The prime minister has often targeted Gandhi, calling him "naamdar".

Attacking the Congress leadership, Modi said, "What the rule by one family could not do in 55 years, the BJP-led government did in 55 months.

"The country has seen development and there has not been a single taint on the government. When I say this from Babadham (temple town of Deoghar) I feel proud that the people have given me the responsibility to head an honest government."

Godda, Dumka (ST) and Rajmahal (ST) will be voting in the last phase of the Lok Sabha polls on May 19.