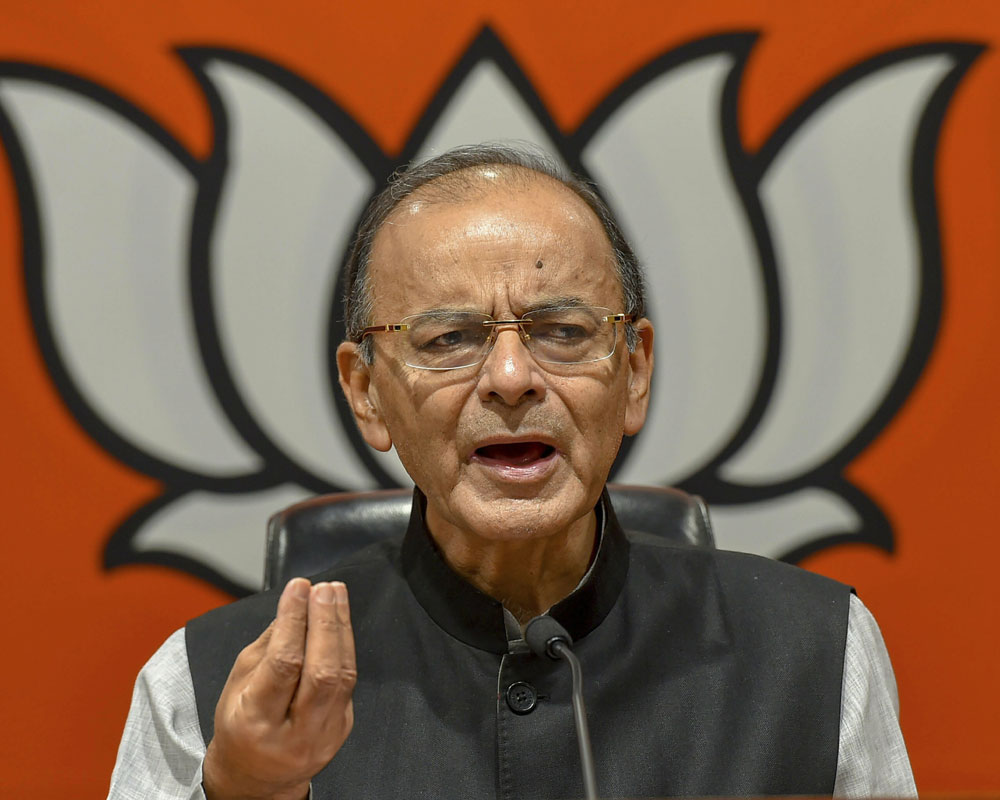 BJP leader Arun Jaitley Monday slammed Rahul Gandhi's promise of giving Rs 72,000 per year to the most deprived families as a "bluff" and yet another Congress' bid to "cheat" the poor, and asserted the Modi government was already giving one-and-a-half times more money to them.

The Finance Minister told reporters here that the Congress has a history of cheating the poor and misleading the country in the name of removing poverty as it only gave them slogans but not the tools and resources.

"Merely slogans and statements will not remove poverty. It will go by providing resources which the Modi government has by giving the poor houses, gas connections, roads... You (Congress) have cheated the poor many times and are trying to do so again. But people will not fall in this trap this time," he said.

Earlier in the day, Congress president Gandhi promised that the 20 per cent poorest families will be given Rs 72,000 annually as a minimum income if his party is voted to power in the Lok Sabha polls.

Jaitley said Gandhi did not give any detail of the scheme and his party leaders have said it will not affect fiscal discipline which, he added, means that the existing schemes will be repackaged.

The government led by Prime Minister Narendra Modi has been giving away Rs 5.34 lakh crore to the poor families, he said.

"What sort of favour will they (Congress) do to the poor by giving them Rs 3.6 lakh crore? We are already giving them one-and-a-half times more," he said, noting that the 20 per cent poorest families are already getting Rs 1.06 lakh each under various government schemes against Rs 72,000 promised by the Congress.