Cong to contest 20 seats and JDS 8 in LS polls

Cong to contest 20 seats and JDS 8 in LS polls 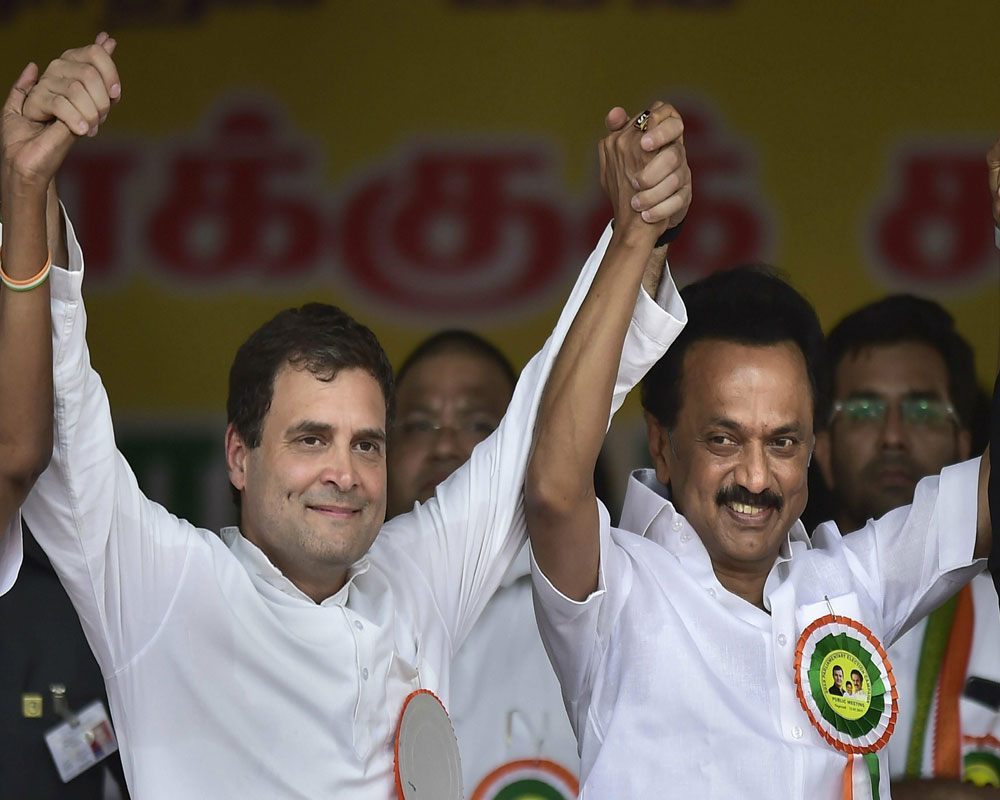 The Congress will contest 20 seats and JDS eight in the Lok Sabha polls in Karnataka under a deal finalised by the two ruling coalition partners Wednesday, the JDS said.

The seat sharing was hammered out at a meeting betweenCongress president Rahul Gandhi and JD(S) secretary generalDanish Ali at Kochi in Kerala this evening, party sources said.

JD(S) will contest in Uttara Kannada, Chikkamagaluru, Shivamogga, Tumkur, Hassan, Mandya, Bengaluru North and Vijayapura, according to the sources.

During a recent meeting with Rahul Gandhi at Delhi, JD(S) supremo H D Deve Gowda had scaled down his party's demand and asked the national party to allot at least 10 out of the 28 Lok Sabha seats to his party.

JD(S) had earlier demanded that it be given 12 seats to contest.

JD(S) has already announced Gowda's grandsons Nikhil Kumaraswamy and Prajwal Revanna as candidates from the party bastions of Mandya and Hassan respectively.

While Nikhil is son of Chief Minister Kumaraswamy, Prajwal is the son of Gowda's elder son and PWD Minister H D Revanna.