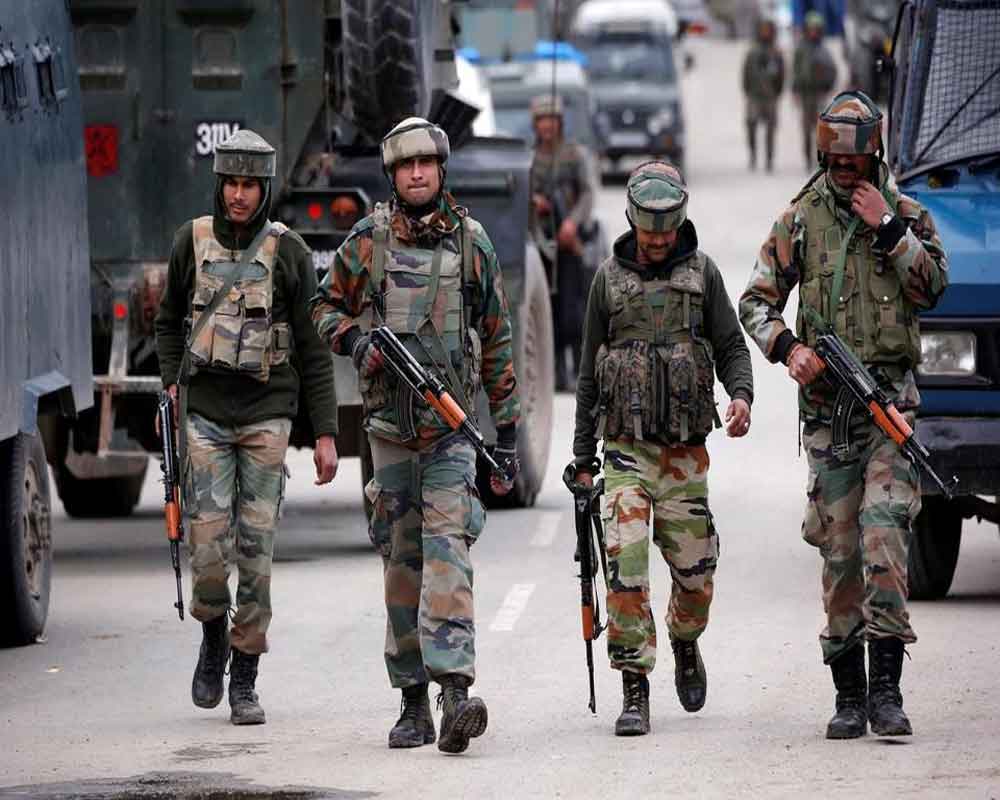 Curfew was imposed in parts of Kashmir on Friday, a day after Zakir Musa, the so-called chief of a group affiliated to the Al-Qaeda, was believed to have been killed in an encounter with security forces in Tral.

Educational institutions have been closed and curfew was imposed in places in Kashmir as a precautionary measure, following the Thursday incident, officials said.

Internet was also shutdown, they said.

Musa, who is believed to have been killed in the gunfight with security forces, was the so-called head of the Ansar Ghazwat-ul-Hind.

Two terrorists were killed in the encounter in a village south Kashmir's Tral area but there was no confirmation about their identities.

However, Musa's family confirmed that he was present at the site.

Spontaneous protests had broken out in Shopian, Pulwama, Awantipora and downtown Srinagar, with people raising slogans in favour of Musa.

Senior police officials had said security forces had launched a cordon and search operation at Dadsara village and when the terrorists tried to escape, a gunfight broke out.

They had said efforts were made to make them surrender but the request fell on deaf ears and the holed up terrorists started lobbing grenades using a launcher.

The officials had said more security forces were rushed to the area to prevent the terrorists from escaping under the cover of darkness.

On Thursday, the Jammu and Kashmir Police announced restrictions in some areas of Pulwama, Awantipora, Srinagar, Anantnag and Budgam as a precautionary measure.

The officials said the decision was made keeping in view the Friday prayer gatherings.