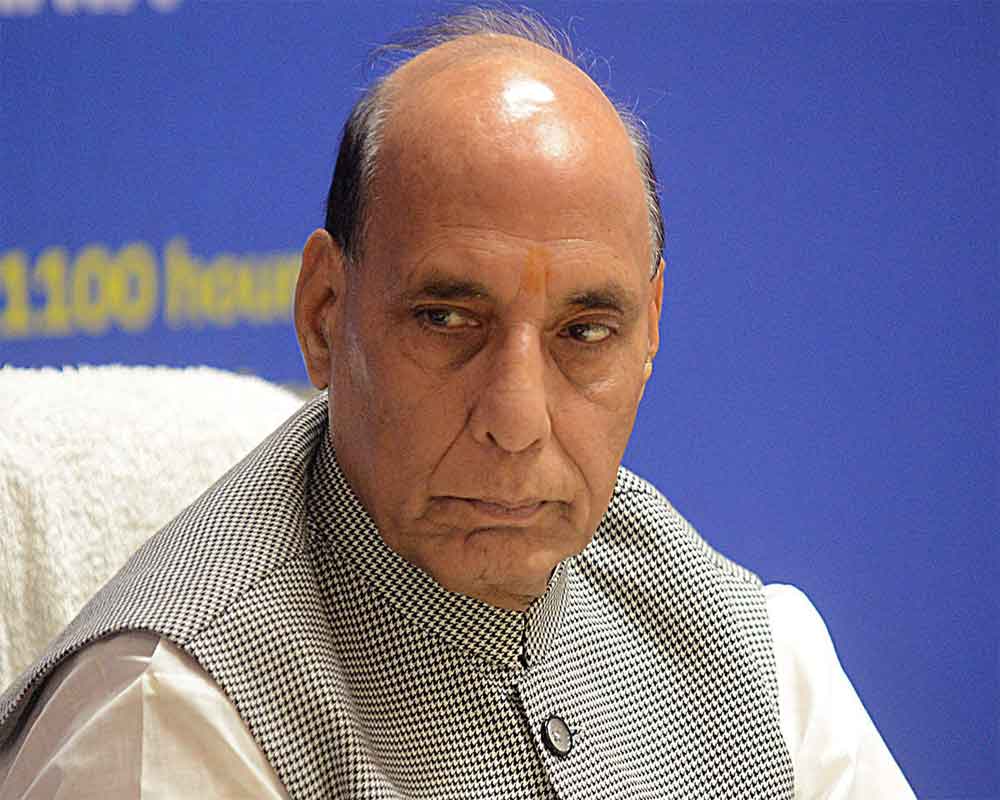 Defence Minister Rajnath Singh on Tuesday condoled the deaths of Army personnel and porters in an avalanche on the Siachen Glacier.

Four Army personnel and two civilian porters were killed after they were hit by an avalanche in northern part of the Siachen Glacier Monday afternoon.

"Deeply pained by the demise of soldiers and porters due to avalanche in Siachen. I salute their courage and service to the nation. My heartfelt condolences to their families," Singh tweeted.

A group of eight persons, including six Army personnel, were struck by the avalanche at an altitude of 19,000 ft around 3 pm, an official said.

Rescue teams from nearby posts were rushed to the location after the incident. Two Army personnel survived the avalanche, he said.

"All eight personnel were pulled out of the avalanche debris. Seven individuals were critically injured in the incident," the official said.

The Siachen Glacier at the height of around 20,000 ft in the Karakoram range is known as the highest militarised zone in the world where the soldiers have to battle frostbite and high winds.

Avalanches and landslides are common at the glacier during the winters and temperatures can drop to as low as minus 60 degrees Celsius.