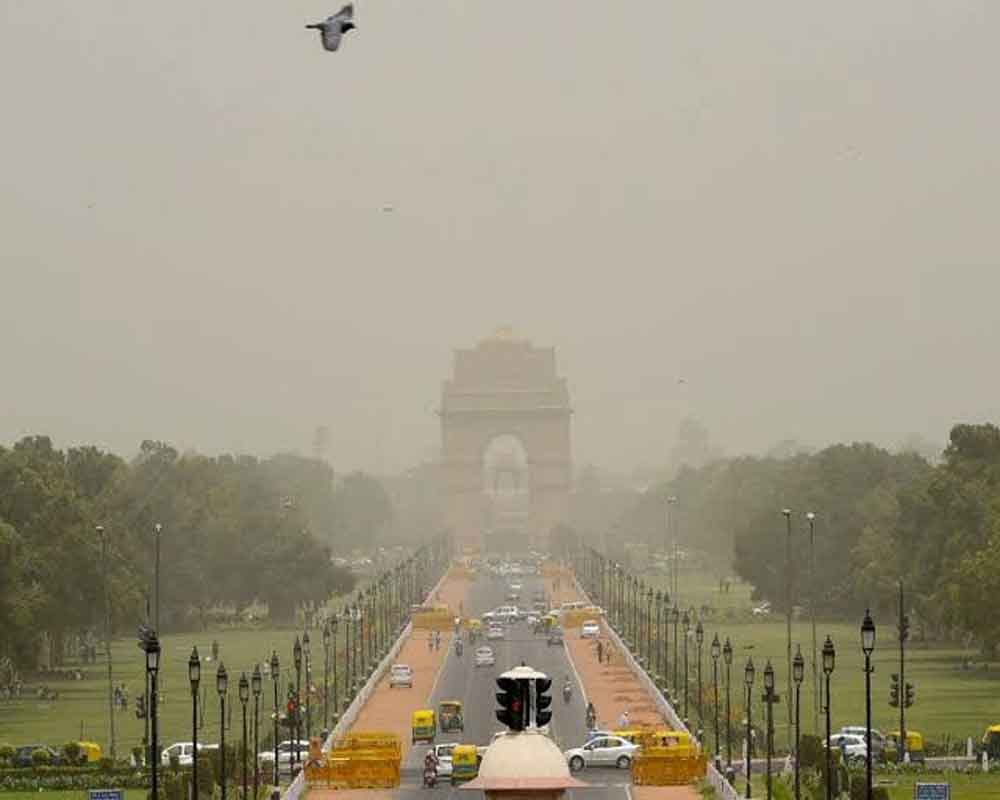 Delhi's air quality was "very poor" on Friday, but no drastic decline is likely in the next three days as strong winds are expected to blow in the region, the government's air quality monitoring and forecasting service SAFAR said.

After a brief relief, the national capital's air quality plunged to the "very poor" category again because of high humidity due to light rain on Thursday.

Delhi experienced "slight secondary particulate formation in the early hours (on Friday) but (it) could not multiply much", it said.

Secondary particles are products of complicated atmospheric reactions between primary particles, such as particulate matter, sulphur dioxide and nitrogen dioxide directly emitted by stubble burning and vehicles, in the presence of other factors such as sunlight and moisture.

A change in the wind direction to northwesterly and stubble plume intrusion is expected by November 9.

Though the predicted wind direction is favourable for fire plume transport, strong winds, favourable for efficient ventilation, are likely to blow in the region in the next three days, SAFAR said.

According to its data, the share of stubble burning in Delhi's PM2.5 pollution was just two per cent on Thursday and three per cent on Friday.

"The surface and boundary-layer winds are from the southeast and stubble fire contribution was negligible," it said.

The effective biomass fire count observed on November 7 was 200. It should be noted that Punjab and Haryana were under a heavy cloud cover; and satellite's capability to detect fires reduces in such a situation, SAFAR said.

Smoke from crop residue burning is expected to account for 8 percent of Delhi's PM2.5 concentration on Saturday.