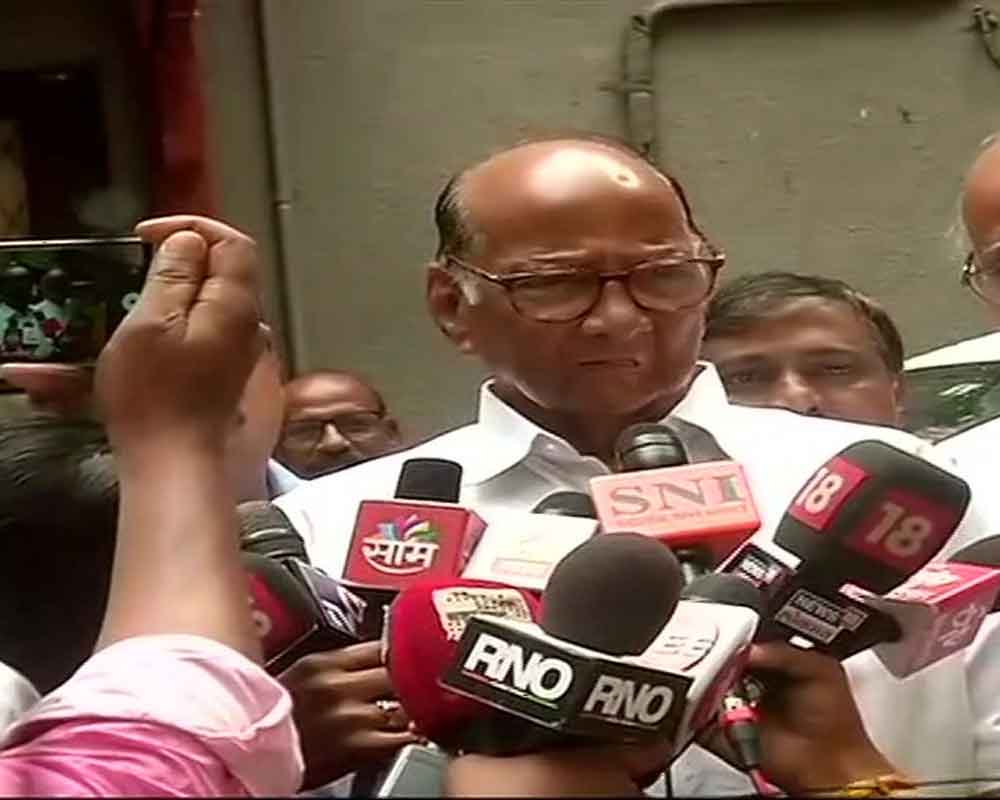 With the impasse on government formation in Maharashtra continuing even a fortnight after Assembly poll results, NCP chief Sharad Pawar on Friday said why wasn't the governor calling the single largest party.

Pawar said he was not aware why Governor Bhagat Singh Koshyari was not inviting the BJP, which emerged as the single largest party winning 105 seats in the October 21 Assembly election, to stake claim to form government.

Speaking to reporters after the meeting, Pawar suggested the BJP and Shiv Sena through Athawale to respect the "clear cut majority" people have given them.

Pawar said, "Such a situation should not prevail in a state like Maharashtra. He (Athawale) asked for advice. We have consensus that the people have given the BJP and Shiv Sena clear cut mandate."

For how long can the President or Governor wait, Pawar said, adding they will have to take some decision soon.

"Our advice is you (BJP and Shiv Sena) have the mandate. You follow it," he added.

"I have had close relationship with Pawar Saheb for years...I came here to take his advice. Pawar's opinion is that the Shiv Sena and BJP should form government. He asked me to advise the two parties to form government," Athawale said.